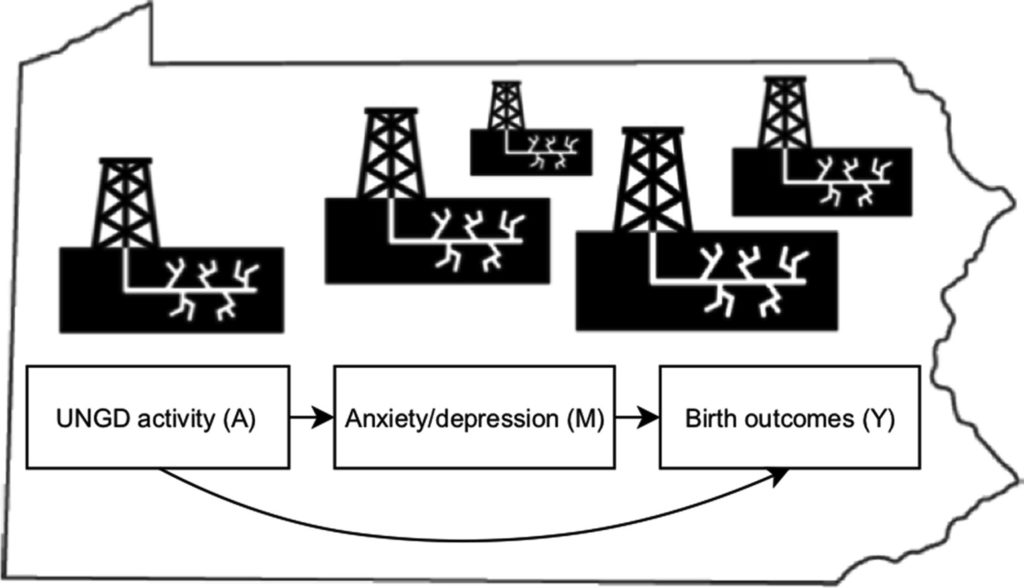 A new retrospective cohort study has associated hydraulic fracturing sites with antenatal mental health issues such as anxiety and depression.

Researchers sought to uncover a relationship between unconventional natural gas development (UNGD) and adverse birth outcomes in the study. Further objectives were to evaluate

The study, published in the journal Environmental Research, included a total of 8,371 births at Geisinger in Pennsylvania between January 2009 and January 2013 to 7,715 mothers without prevalent anxiety or depression at conception. A total of 12.2% of mothers in the study accounted for the cases of antenatal anxiety or depression. Researchers acquired phase-specific UNGD activity data from hydraulic fracturing locations available through public sources and categorized exposure as Quartile 4 and nonexposure as Quartiles 1 to 3. Women who developed anxiety or depression during pregnancy were then compared with unaffected women to test if proximity to hydraulic fracturing sites generated mental health issues.

While the authors did not find significant evidence that hydraulic fracturing was associated with adverse birth outcomes, the authors did find that the prevalence of anxiety or depression in pregnant women who were exposed to the highest quartile of UNGD was 15%, as opposed to the lower three quartiles’ 11%. Researchers also found that the risk to develop antenatal depression or anxiety was even higher in mothers receiving medical assistance, which signified low family income, compared with nonreceiving mothers.

Lead study author Joan Casey, an assistant professor in the Department of Environmental Health Sciences at Columbia University, highlighted the role hydraulic fracrturing sites can have on communities because they can act as stressors that degrade the quality of the natural environment and neighborhoods through the “production of toxic waste water and increases in truck traffic,” Casey said in a statement. These factors can lead residents to feel a lack of control of their surrounding environment, which ultimately harms their health.

“Another possibility is that air pollution from the sites could be directly contributing to mental health problems in this vulnerable population,” Casey said.