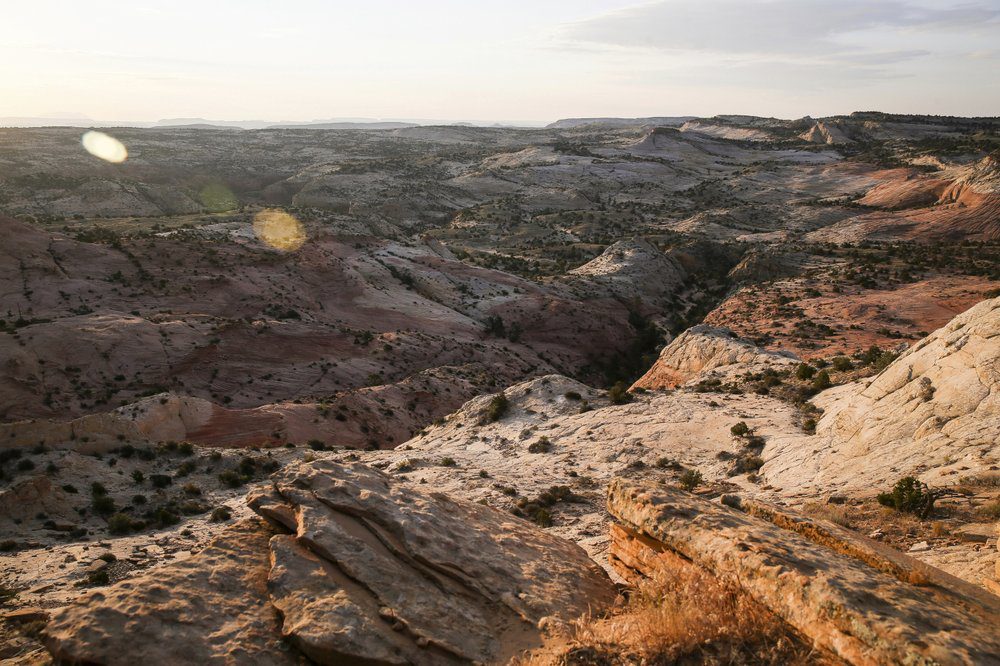 Credit: Spenser Heaps/The Deseret News via AP.
This 9 July 2017 file photo shows a view of Grand Staircase-Escalante National Monument in Utah. The US government's final management plan for lands in and around the Utah national monument that President Donald Trump downsized is light on new protections for the cliffs, canyons, waterfalls, and arches found there, but it does include a few more safeguards than were in a proposal last year. A summary the Bureau of Land Management provided to The Associated Press shows that the plan for the Grand Staircase-Escalante National Monument in southwestern Utah codifies that the lands cut out of the monument will be open to mineral extraction such as oil, gas, and coal as expected.

A new US government management plan unveiled on 23 August clears the way for coal mining and oil and gas drilling on land that used to be off limits as part of a sprawling national monument in Utah before President Donald Trump downsized the protected area 2 years ago.

The plan released by the Bureau of Land Management would also open more lands to cattle grazing and recreation and acknowledges there could be “adverse effects” on land and resources in the monument.

But while allowing more activities, the plan would also add a few safeguards for the cliffs, canyons, waterfalls, and arches still inside Grand Staircase-Escalante National Monument that weren’t in a proposed plan issued last year.

Among them are opening fewer acres to all-terrain vehicles and cancelling a plan that would have allowed people to collect some nondinosaur fossils in certain areas.

The BLM says no land will be sold from the 1,345 square miles that were cut from what had been the 3,000 square miles of the monument.

Harry Barber, acting manager of the national monument, told The Associated Press the plan reflects changes made after considering input from the public and considering an assessment that there are enough protections already in place.

The plan is expected to go into effect after a public review period.