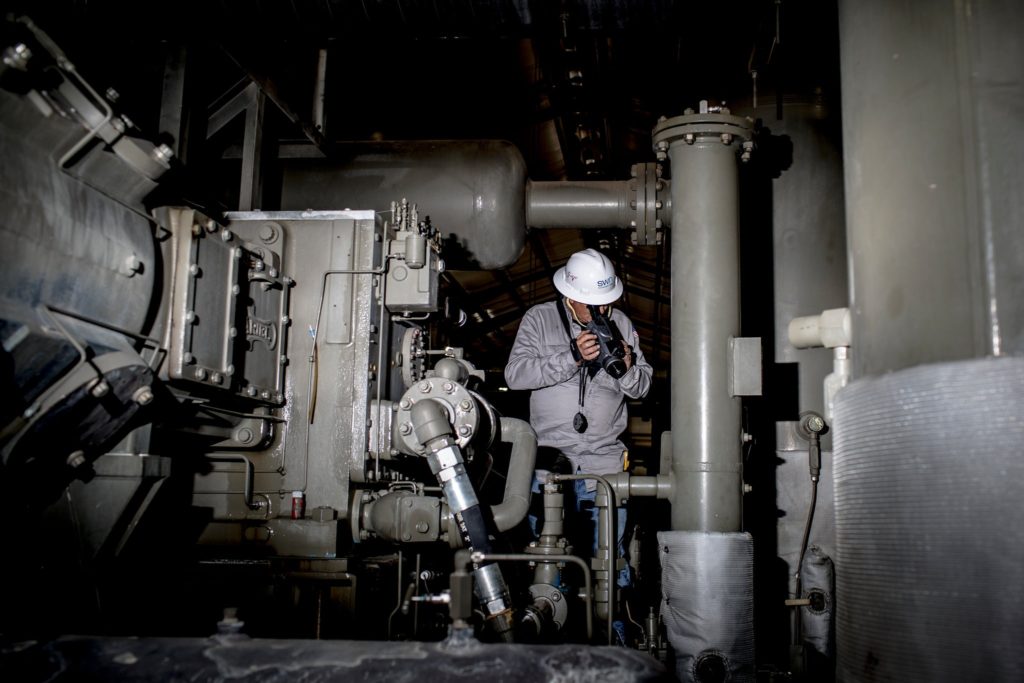 Credit: Andrea Morales for The New York Times.
A pipeline operator at Southwestern Energy in Arkansas uses an infrared camera to check for gas leaks. The Trump administration has moved to loosen regulations affecting methane emissions from pipelines, storage tanks, and wells.

Oil and gas producers might have been expected to welcome a decision to loosen regulations affecting their business. But their reaction to the Trump administration’s move to roll back methane-emissions rules revealed at least tactical divisions on climate policy.

Contradictory voices quickly emerged between those who supported the move as a boon to domestic energy production and others who viewed it as a counterproductive measure that would sully the reputation of natural gas as a clean fuel.

Global oil and gas companies generally distanced themselves from the administration decision, while smaller domestic companies that are struggling to make a profit at a time of low oil and gas prices said they supported the rollback.

The divide reflected differing visions of the industry’s future in light of growing concerns about greenhouse-gas emissions that cause climate change.

Natural gas often escapes unburned during production and distribution, and its essential component—methane—is more than 80 times as potent as carbon dioxide in trapping heat in the earth’s atmosphere in the 20 years it takes to dissipate. The administration’s move would loosen regulations affecting methane emissions from pipelines, storage tanks, and wells.

Without constraints on harmful emissions, some in the industry feel they will be less effective in arguing that gas should replace coal in generating power. And that would strengthen the case for favoring sources such as wind and solar energy rather than gas to control global warming.

“What some people in the industry do not get, but others are beginning to get, is that we are transitioning to a low-carbon economy,” said Mark Boling, former executive vice president of Southwestern Energy and a consultant to oil companies trying to monitor emissions in Colorado. “If natural gas is going to replace coal, we need to show the climate benefit.”