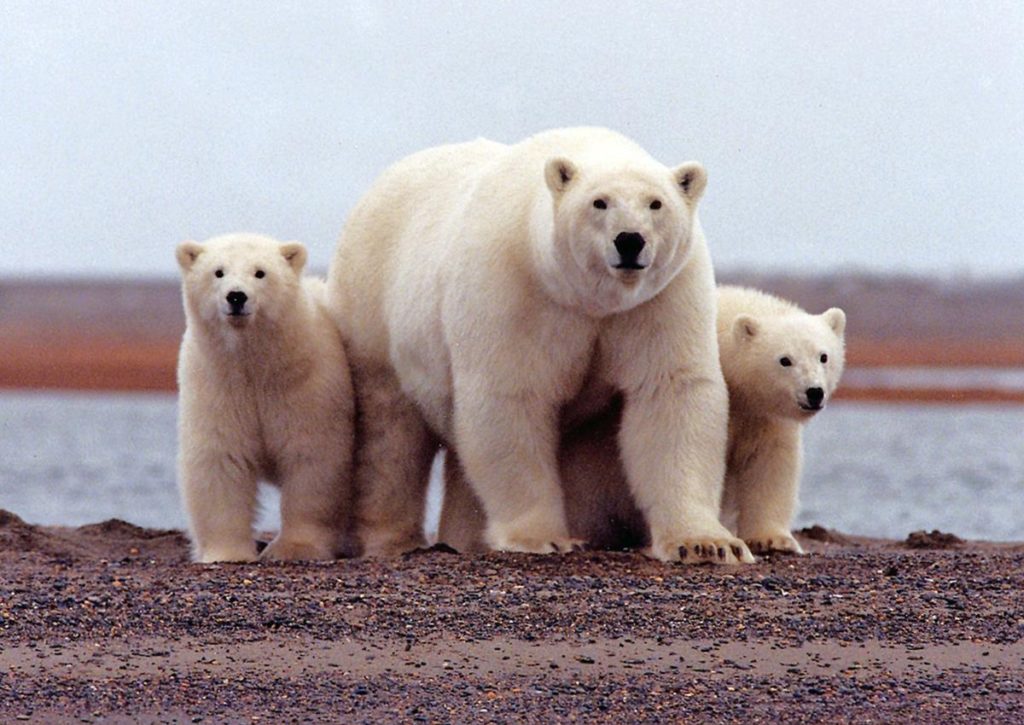 Credit: Susanne Miller/US Fish and Wildlife Service.
A polar bear keeps close to her young along the Beaufort Sea coast in the Arctic National Wildlife Refuge, Alaska, in a 6 March 2007 handout photo.

The Trump administration took a major step toward opening Alaska’s Arctic National Wildlife Refuge (ANWR) to oil drilling, drawing criticism from environmentalists and an effort by Democratic lawmakers to put the pristine wilderness area off limits to development.

The Department of the Interior on 12 September issued the final environmental study for its plan to open up drilling in the ANWR, a 19 million-acre area that is home to wildlife populations including Porcupine caribou, polar bears, and millions of birds that migrate to six of the seven continents.

The document’s publication puts the government on track to sell oil and gas leases there later this year, officials told reporters on a conference call.

In the analysis, known as an environmental impact statement, the department said it favored offering for lease all 1.56 million acres of land under consideration in the ANWR’s coastal plain. The department could have opted to limit lease sales to fewer acres.

Three US lawmakers from Alaska, all Republicans, applauded the decision.

“As Alaska has shown time and again, we can responsibly develop our resources, under the highest environmental standards, to grow our state and significantly contribute toward the goal of energy dominance for our country,” US Sen. Dan Sullivan said in a joint statement with Sen. Lisa Murkowski and Rep. Don Young.

Earlier in the day, the US House of Representatives passed a bill to reverse the 2017 law that allows oil and gas drilling in part of ANWR.

The bill, sponsored by Rep. Jared Huffman, a Democrat from California, passed 225-193. The measure is not expected to gain traction in the Republican-led Senate.

Officials from the Bureau of Land Management, which oversees Interior’s drilling program, said they were not focused on that bill.

“We’re rolling along as normal with what the law says rather than focusing on what the House vote was today,” Chad Padgett, Bureau of Land Management Alaska state director, told reporters.

ANWR is also home to bears, caribou, lynx, and muskox and overlies around 16 billion bbl of recoverable crude oil reserves, according to officials. It has been hotly contested between energy companies that want to develop it and conservationists that want to protect it since the 1970s.

Environmental groups decried the administration’s plans to open up the refuge to drilling. “The majority of Americans want this sacred area protected,” Garett Rose, a staff attorney at the Natural Resources Defense Council, said in a statement. “And within hours of Congress taking action, the Trump administration is moving with haste to destroy it.”