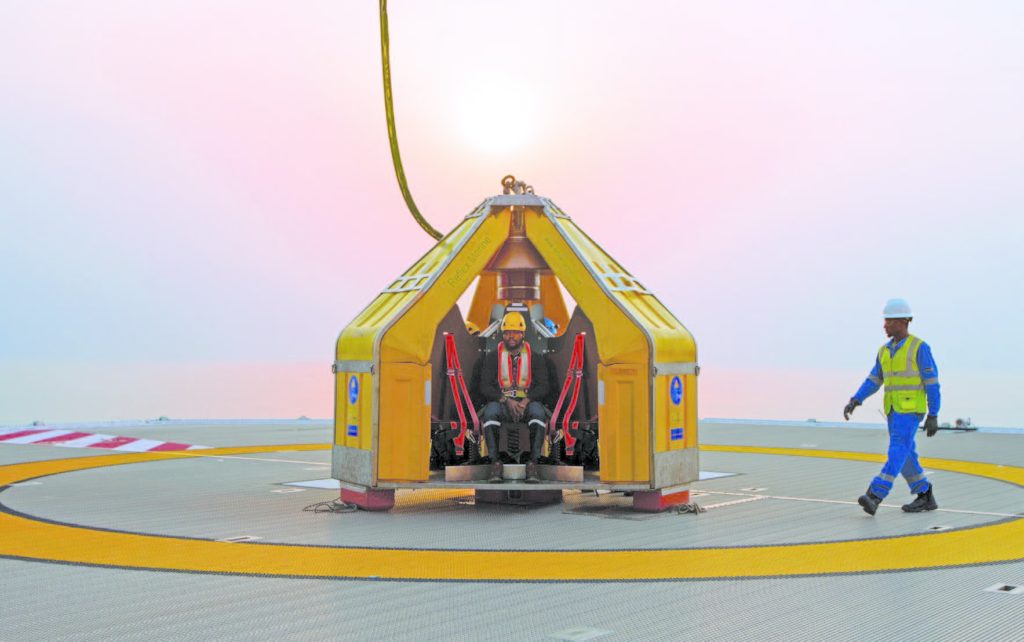 Not long ago, I met an offshore safety representative at a Houston hotel. He was working rotation on a deepwater drilling rig and told me a story about one member of the crew who had recently been terminated. There had been an incident in which someone was injured, and an investigation revealed that the crew member who was later terminated had broken one of the rig contractor’s golden rules by putting his hands on a load.

The safety rep clearly was conflicted abourt whether this was the right outcome. While he said that he understood the importance of the contractor’s golden rules, he expressed regret that this worker, who had been one of the best on the crew and a family man with a couple of kids, was now out of a job for breaking a safety rule. His final comment was, “He was a really good hand, so I’m sure that he found another job.”

We all have heard stories like this one. Many of us believed for years that this approach was appropriate to protect workers who could not, or would not, follow rules. I would like to suggest that we all come together and agree to stop punishing workers for safety violations. More and more leaders in our industry are coming to understand that the best way to take the next step in safety performance is not to increase our focus on discipline but to build trust and respect with the front-line workers and give them a voice in how to make their work safer.

With the incorporation of human performance principles into the oil and gas industry, we have come to recognize several critical truths: Almost everyone comes to work with positive intent; people make mistakes; work as envisioned is rarely the same as how the work is done; and, finally, while incidents are triggered by individual behaviors, they are the result of system failures.

At Chevron, we are working to transition our culture from “blame and punish” to “learn and improve.” We have come to recognize that punishing safety violations is an ineffective way of driving systemic improvement across all of our operations. When punishment is one of the potential responses to an event, the affected workers are less likely to share openly with investigators or management. They may not blatantly lie, but they also may not share important information.

Workers who are protected from retribution or feel emotionally safe will discuss more openly how work is done. We have started to use learning teams where front-line workers are given the opportunity to talk about how they work. A facilitator leads the conversation, but no managers are in the room. Most importantly, no matter what information is shared, no punitive action can be taken against the participants.

The results of the learning teams have been remarkable. Supported by facilitators who ask questions rather than drive to solutions, we get tremendous insight into how work is done and why it is done the way it is. Very often, work cannot be completed the way it is drawn up for a variety of reasons, but workers are motivated to get work done and so they figure out how to do it. Given the opportunity to provide input into how to do the work better, the response has been universally enthusiastic. The standard comment we hear is, “No one ever asked for my opinion before.”

This approach requires a very different leadership style at all levels. Leaders must trust the learning team participants. They must also be open to whatever they hear, regardless of how much it conflicts with how they want the world to be. Lastly, they need to take accountability for the ways in which they may have inadvertently been affecting safe work.

Consider the offshore crew member who put hands on a load and lost his job. How much more value would have been created by an open discussion of how the event actually occurred? I have spent a lot of time offshore and support the “no hands on loads” approach. But, I also recognize that it can very difficult to maneuver loads in very tight spaces and still conform to this expectation. I know a lot about work that happens offshore, but I do not know as much as the people who actually do the work. Leaders need to seek input from those who know the work best to make the work safer.

Our experience with learning teams, along with that of other companies who are using the tool, is that they have resulted in improvements to operations beyond safety. Engaging workers in solutions is good business, but effective engagement is only possible when the threat of punishment is removed. Even when we can justify punishment, learning is far more likely to improve business outcomes. We, as leaders, are accountable for business outcomes, so the choice should be easy.

Dave Payne is vice president of health, environment, and safety for Chevron, a position he has held since May 2018. In this role, he is responsible for leading health, environment, and safety, including strategic planning and issues management, compliance assurance, and emergency response. Previously, as of 2006, Payne was vice president of drilling and completions.  Before that, he was the drilling manager in Bangkok, Thailand. Payne has held various engineering and management positions in California, Louisiana, Trinidad and Tobago, Indonesia, Vietnam, and Thailand. He is a member of the Society of Petroleum Engineers and has served in various roles for local chapters, including as section chairman in Santa Maria, California. Payne joined Getty Oil in Santa Maria, California, in 1981 after earning a bachelor’s degree in petroleum and natural gas engineering from Pennsylvania State University that same year.