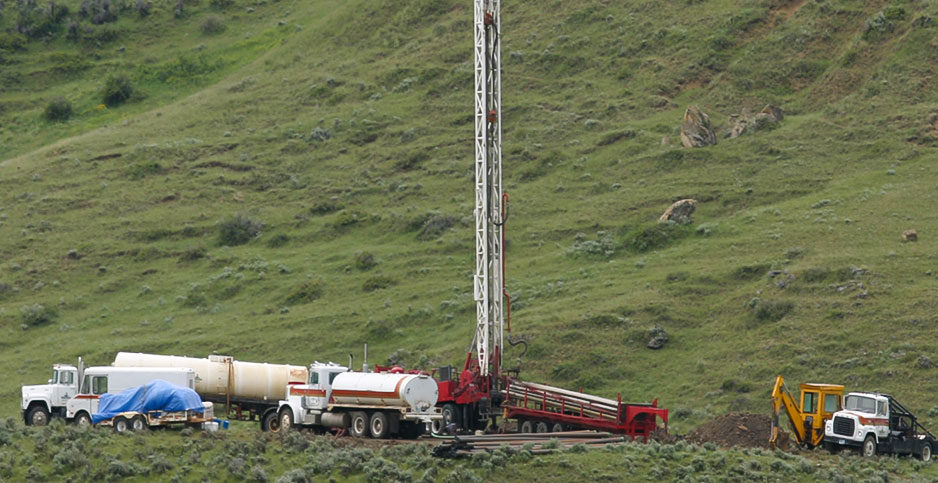 Across the West, thousands of oil and gas wells sit idle on federal lands.

Some are on hold for better pricing. Others have been left to sit for so long that the risk of abandonment is high. And many are orphaned, the companies that drilled them now defunct.

How many of these abandoned wells are out there is unclear. They pose environmental and safety hazards, but, as critics note, the Bureau of Land Management (BLM) does not have a good way of tracking them.

Yet there is not nearly enough money set aside to plug the ones that are known. Years after a gas price bust in the early 2000s forced oil and gas companies to shutter, federal officials have yet to remove the nonproducing wells from perpetual limbo.

"It does pose a risk," said Frank Rusco, natural resources and environment director at the Government Accountability Office (GAO). "Will they be able to reclaim all those wells?"

The abandonment challenge continues to expand. The federal government counted 89 wells in the last 2 years that were newly orphaned on public lands. Each represents a cost to the taxpayer and a risk of hydrocarbons migrating into groundwater resources from decaying infrastructure.

BLM, which oversees federal oil and gas leasing and drilling, has been scolded by oversight bodies for not keeping better track of orphans. The agency notes wells that are not producing, but critics say it is slow to affirm that nonproducing wells have just been abandoned.

Data revealing the number of orphan wells that should be plugged by BLM does not precisely exist, Rusco said.

"They don't keep the right records to be able to answer that question," he said of the Interior Department.

The GAO included the federal oil and gas program on its 2011 "high risk" list of programs that are vulnerable to fraud, abuse, and mismanagement in part because the office said it did not have a robust system for tracking wells—or demanding money to clean up after an oil firm's collapse.

Earlier this year, the GAO reported that 84% of bonds for federal oil and gas development were likely insufficient to cover cleanup costs.

The issue is playing out as "energy dominance" has been a key priority for President Trump. The administration has winnowed federal regulations on oil and gas development and encouraged greater leasing of federal lands. The Democratic-controlled House has prioritized blocking development from sensitive areas and restoring Obama-era regulations. It also wants to reform the oil and gas program by raising royalty rates and forcing companies to offer more money upfront for cleanup costs before being allowed to drill.

Rep. Alan Lowenthal (D-Calif.) said during a subcommittee hearing on 24 September that operators on federal lands were getting a "sweetheart deal." Rusco, though, reminded lawmakers at that hearing that commodities are boom and bust: If you go looking for cleanup funds from industry once it goes bust, you've likely missed your shot, he said.

The risk of leaving bonding unsecured is billions of dollars in costs to the taxpayer and a hazard on the public landscape, proponents of reform say. But a crisis-level bust has already happened.

In a statement, the BLM argued that it is actively improving its oil and gas program, forming partnerships with states like Wyoming and keeping better account of when a company may be in distress and bonding on its wells needs to be increased.

"Under the Trump Administration, BLM has taken action to both better track orphan wells and get proper accounting of them on our online platform," an Interior spokesman wrote in an email. "The BLM is continuing to make strategic investments to improve its process for idle and orphaned wells."