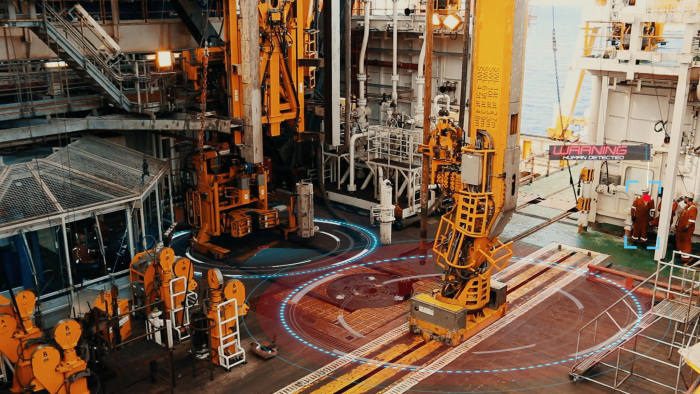 The red zone of an oil rig’s drill floor—where humans and moving equipment interact, sometimes with horrifying consequences—is among the most dangerous workplaces on Earth.

In 2017, the US Bureau of Safety and Environmental Enforcement issued an alert to rig operators in the Gulf of Mexico about the correct management of these hazardous zones, one week after a worker was crushed to death in a red zone on the Petrobras 10000 drillship, a mobile rig.

Although deepwater drilling contractor Seadrill was not involved in any way, the incident prompted it to look again at its own red zones. Richard McConomy, performance enhancement manager at Seadrill, says the accident triggered a search for technologies that could help it perform its work more accurately.

Working in Houston with the Marsden Group, a technology company specializing in heavy industry, the team came up with the idea to use LIDAR, a sensing method more associated with autonomous vehicles than drill floors. LIDAR, an acronym that stands for light detection and ranging, measures distance by illuminating a target with a laser and measuring the reflected light. Long used in atmospheric research and meteorology, the technology now serves as the eyes of smart cars, helping to detect obstacles and avoid collisions. In Seadrill’s new Vision IQ system, Lidar combines with artificial intelligence to dynamically monitor red zone movement by humans and machines. It enables the driller in a cabin above the drill floor to know the exact position of workers and how near they are to moving equipment. When it detects a risky situation, an alarm is sounded to alert the driller, enabling them to stop operations.