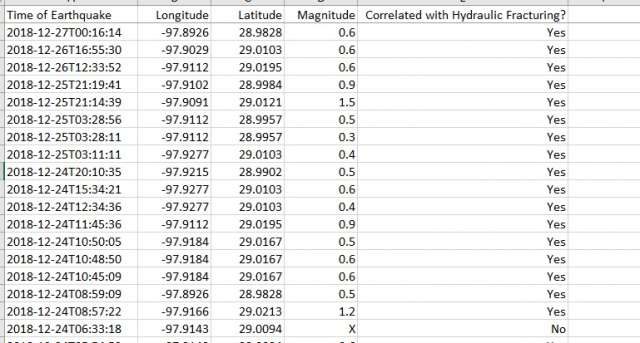 Earthquakes caused by hydraulic fracturing are more common in the Eagle Ford Shale of South Texas than previously thought, a new study reveals.

Researchers with Miami University in Oxford, Ohio, and the US Geological Survey analyzed more than 2,800 earthquakes recorded in the South Texas shale play between 2014 and 2018.

In a recently published study, the researchers revealed that more than 2,400 of those earthquakes could be linked to hydraulic fracturing activity and that certain industry practices were more likely to trigger them.

Out of the 2,823 earthquakes analyzed in the study, only 121 of them registered above a magnitude 2.0 on the Richter Scale, which would have been strong enough to be felt by some close to the epicenter.

The Miami University study was released a month after researchers with the University of Texas at Austin published a study that linked hydraulic fracturing to some earthquakes in the Permian Basin of West Texas.