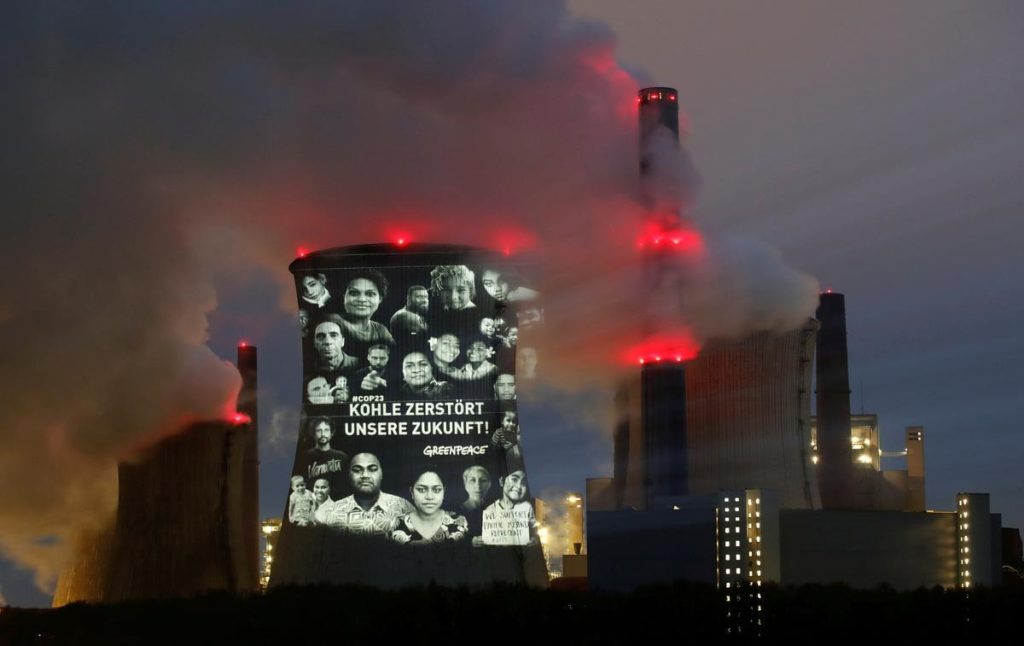 Credit: Wolfgang Rattay/Reuters.
Activists of the environmental organization Greenpeace project a slogan that reads "No Future in Fossil Fuels" on the cooling tower of RWE coal power plant, one of Europe's biggest electricity companies in Neurath, northwest of Cologne, Germany, on 10 November 2017.

The world’s major fossil fuel producers are set to bust global environmental goals with excessive coal, oil and gas extraction in the next decade, the United Nations and research groups said in the latest warning over climate crisis.

The report reviewed specific plans from 10 countries, including superpowers China and the United States, as well as trends for the rest of the world, and estimated that global fossil fuel production by 2030 would be at levels between 50 and 120% over Paris Agreement targets.

Under that 2015 global pact, nations committed to a long-term goal of limiting the average temperature increase to within 1.5 to 2°C above preindustrial levels.

But by 2030, global planned production would lead to 39 gigatonnes (Gt) of carbon dioxide emissions, 53% higher than what is needed to reduce temperature rises to 2°C and 21 Gt, or 120%, more than is needed for 1.5°C, the report said.