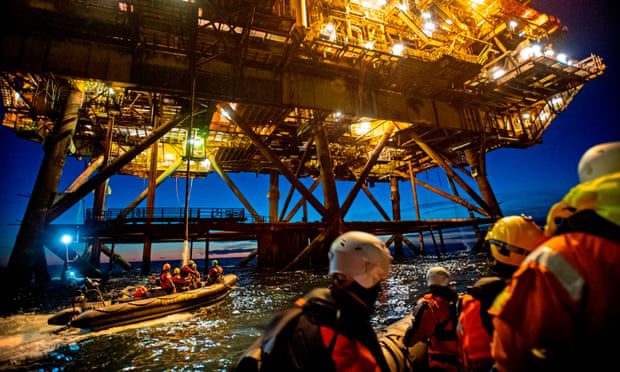 Greenpeace has been banned from carrying out climate protests on North Sea oil rigs after the oil giant Shell won a Scottish court order.

A judge in Edinburgh granted Shell an interim interdict, similar to an injunction, banning Greenpeace from occupying four of its rigs in the Brent field 85 miles northeast of Shetland after its activists boarded two decommissioned rigs in October.

Lady Carmichael, sitting in the court of session in Edinburgh, said Greenpeace was unlawfully breaching Shell’s property rights and also putting its own activists’ safety at risk.

In a significant legal victory for Shell, Carmichael banned the campaign group from going within 500 m of any of its installations in the Brent field and ordered Greenpeace to pay Shell’s legal costs.

She said campaigners had no absolute right to choose where they protested and that Greenpeace ships could have mounted a protest 500 m away from the rigs.

Greenpeace is deciding whether to appeal, but environment campaigners said this decision could have significant implications for climate activists by limiting where and how they could protest.

Shell sought the interdict after Greenpeace occupied the Brent Alpha and Bravo platforms in October in protest at its decision to leave 11,000 tonnes of oil sediment in the legs of three of its four platforms in the Brent field, which are being decommissioned.