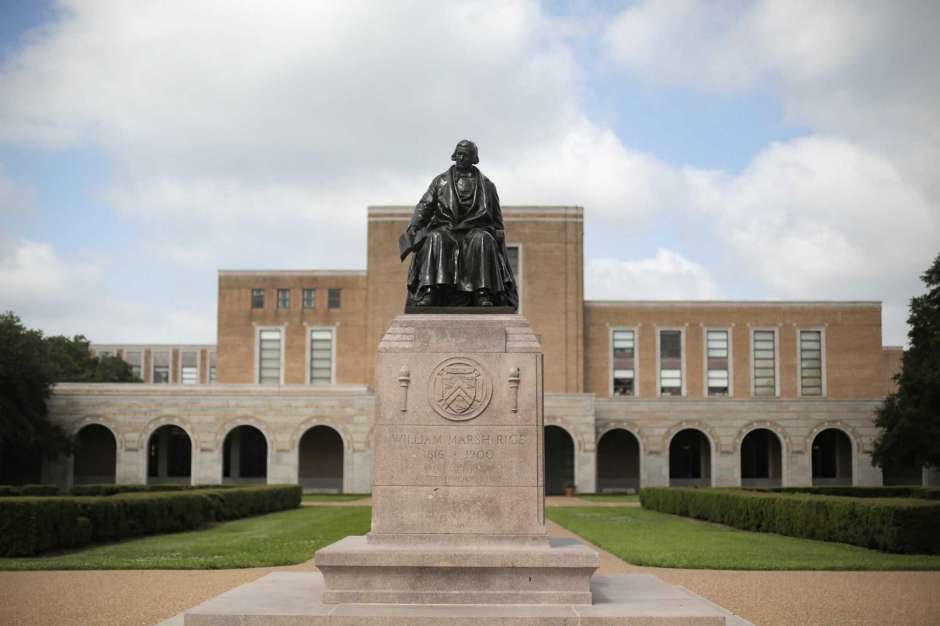 Credit: Elizabeth Conley/Houston Chronicle.
With a $10 million commitment from the British/Dutch oil and gas company Shell, Rice University has launched Carbon Hub, a research initiative with the goal of creating a zero-emissions world by using oil and gas to create clean energy.

Rice University is aiming to tackle climate change in an innovative way, and the college is teaming up with Shell to get started.

With a $10 million commitment from the British-Dutch oil and gas company, the private Houston university has launched Carbon Hub, a research initiative with the goal of creating a zero-emissions world by using oil and gas to create clean energy, said Matteo Pasquali, director of Carbon Hub. The organization will also fund and direct $100 million into science and engineering to develop and run technologies related to its efforts.

Carbon Hub’s research team, which includes 70 researchers from 20 universities, national laboratories, and research institutes, will focus on altering how the world uses hydrocarbons—chemical compounds composed of hydrogen and carbon—in a way that is more efficient and lessens waste, said Pasquali who is also a chemical engineering and chemistry professor at Rice.

Such a process requires splitting hydrocarbons into solid carbons and leftover hydrogen gas. For one ton of hydrogen, which will be used for clean-burning fuel and energy, three tons of solid carbon are produced, which can have various uses, Pasquali said. Aside from every day products, including car parts, clothing, and even buildings, solid carbon can be used as a soil additive to help improve crops and their resilience to drought and could also help expand the range of agriculture and the reduction of harmful fertilizers.