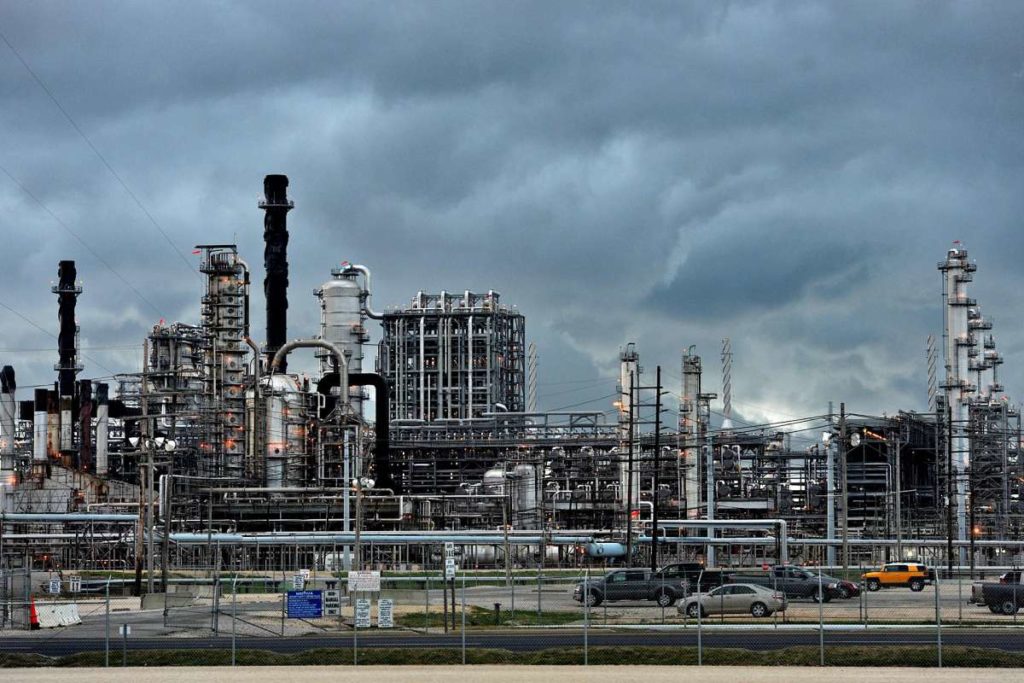 Credit: Guiseppe Barranco/Houston Chronicle.
A storm rolls over Motiva in Port Arthur, Texas. A new project from Motiva has the potential to emit the most greenhouse gases in Texas, according to a new report from the Environmental Integrity Project.

Oil and gas industry expansions could add as much greenhouse gas pollution as the equivalent of 50 coal plants by 2025—with much of that increase coming from Texas and Louisiana—at a time when pressure to slow down global warming rises, a new report found.

Over the next 5 years, the industry plans to build or expand 157 plants, in addition to more drilling that could release up to 227 million tons of greenhouse gas emissions—up to 30% more more than 2018, according to the Environmental Integrity Project’s new report “Greenhouse Gases from Oil, Gas, and Petrochemical Production.”

Although greenhouse gas emissions in the United States fell about 2% last year, mostly as a result of a decrease in coal consumption, that modest progress is being undercut by the expansion in the oil and gas industry, said Eric Schaeffer, executive director of the Environmental Integrity Project, a Washington, DC-based nonprofit organization that advocates for enforcement of environmental laws. It was founded in 2002 by former Environmental Protection Agency attorneys.

“We think this is the fastest growing source of greenhouse gas emissions and that the amount that’s already here and what is likely to be added into the atmosphere is pretty alarming,” Schaeffer said.

Reid Porter, a spokesman for the American Petroleum Institute, said that the industry is improving in controlling emissions. “Industry initiatives, including efforts like The Environmental Partnership,” he said, “underscore the industry’s commitment to leveraging new technologies and innovative practices that reduce emissions and establish clear pathways for continuous environmental improvement.”

For its analysis, EIP focused on companies that extract or refine oil and gas, export liquefied natural gas, or manufacture petrochemicals, plastics, or fertilizers. The group based its data on industry reports to the EPA, the Department of Energy’s estimate of future oil and gas production, and from permits that authorize increased emissions from proposed oil, gas, and chemical projects. It doesn’t include smaller projects that aren’t required to obtain permits that limit greenhouse gases.