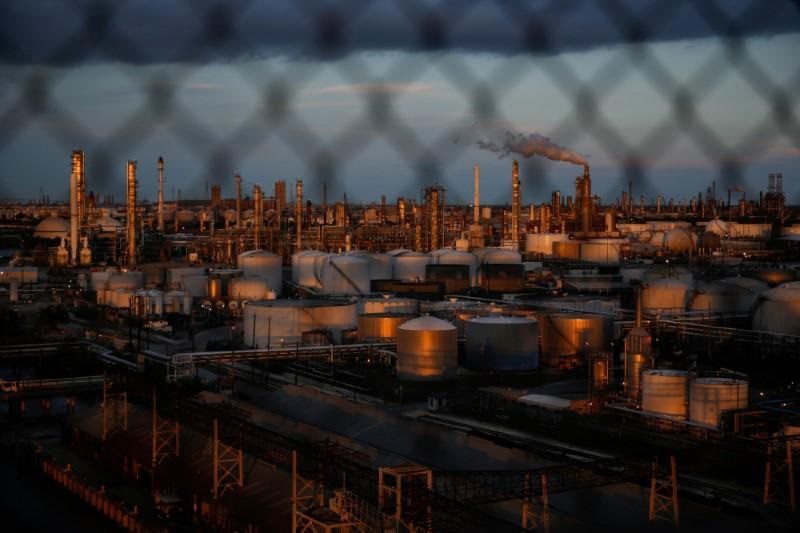 Credit: Loren Elliott/Reuters.
Chemical plants and refineries near the Houston Ship Channel are seen next to the Manchester neighborhood in the industrial east end of Houston on 9 August 2018.

A multibillion dollar boom in petrochemical plants proposed along the US Gulf Coast could pump as much greenhouse gas into the air as 131 coal-fired power plants by 2030, according to a study released by researchers at the University of Texas.

The study calculated that facilities that have been put forward for projects in Texas and Louisiana over the last 3 years could generate 541 million tons of greenhouse gases by the start of the next decade, trapping heat that leads to climate warming.

The Gulf Coast petrochemical buildout alone will generate more than 8% of total US greenhouse gas emissions, according the study’s coauthor, Andrew Waxman, an assistant professor of economics and public policy at the University of Texas at Austin.

“This is looking at something that has not been looked at before—the industrial sector,” Waxman said in an interview.

A US petrochemical construction wave emerged last decade founded on cheap natural gas extracted from shale fields. About $200 billion in projects were proposed between 2010 and 2018, according to the American Chemistry Council trade group.

Environmentalists said the pollution would lead to climate-related problems for residents.

“We are going to see many more extreme weather events in Texas," said Neil Carman, clean air director for the Lone Star Chapter of the environmental group Sierra Club. “It shows we are going down the wrong path.”

“That’s money that benefits every Texan—whether you live near the oil patch or not,” said Todd Staples, president of the energy trade group.

Proposed oil and gas storage terminals, pipelines, refineries, and petrochemical plants in Texas would generate roughly the equivalent of 131 coal-fired power plants, or 82% of the state’s 2016 greenhouse gas emissions, the pollution study estimated.