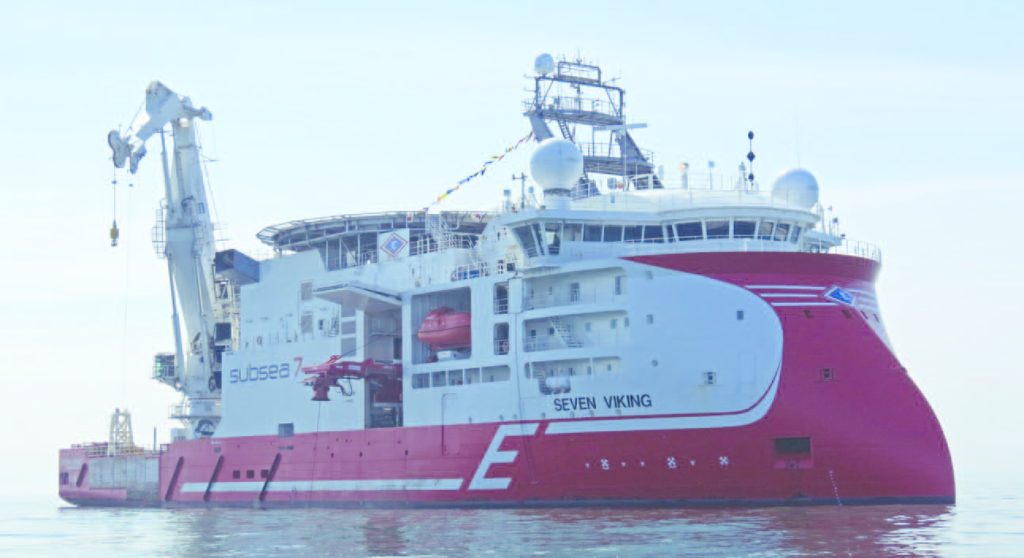 Credit: i-Tech 7.
Seven Viking was converted from a conventional vessel to a hybrid vessel in January 2019 as part of its long-term inspection, repair, and maintenance services contract with Equinor.

Subsea 7 and Eidesvik Offshore have been awarded the 2019 Environmental Sustainability Award from the International Marine Contractors Association (IMCA) in recognition of their efforts to reduce vessel emissions and improve energy efficiency.

In January 2019, Seven Viking was converted from a conventional vessel to a hybrid vessel as part of its long-term inspection, repair, and maintenance (IRM) services contract with Equinor in Norway.

The conversion, which involves the installation of a battery system and land-based power supply, delivers benefits including fuel savings, emission reductions from ship operations, reduced maintenance costs on diesel engines, and increased flexibility in the use of power generation plants. Additional benefits include improved dynamic positioning capability performance, shore power connections for energy supply while quayside, and innovative features such as the ability to regenerate power from project equipment and to charge autonomous remotely operated vehicles (ROVs) in the field.

Robin Mawhinney, i-Tech 7’s region director for Europe, Africa, and Canada, said, “Since its launch in 2013, Seven Viking has been an innovative and successful IRM vessel. We are delighted with the success of this conversion and see it as a promising step towards improving the environmental footprint of this vessel.”

Named Nor-Shipping’s Ship of the Year in 2013, Seven Viking is a harsh-environment IRM vessel with a crew capacity of 90 and special features such as an enclosed module handling system, scale squeeze system, and an ROV hangar. The vessel, which is co-owned by Subsea 7 and Eidesvik Offshore, previously worked for Equinor on a 5-year contract and started a new 5-year contract with Equinor in January 2019, through i-Tech 7, Subsea 7’s life-of-field business unit.