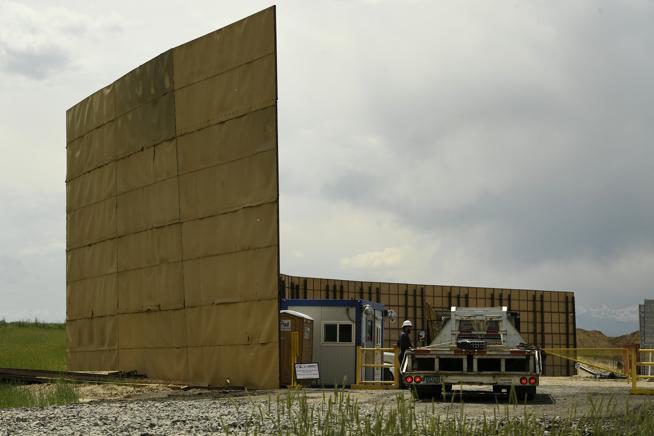 In an effort to prove oil and gas developments are not as big a contributor to the Front Range’s diminishing air quality, Crestone Peak Resources announced it will install air quality monitors at all of its horizontal hydraulic fracturing sites throughout the state.

Leased from Project Canary, a Colorado startup focused on using new technology to mitigate the environmental and health effects of oil and gas operations, the monitors will provide around-the-clock air quality monitoring that reports emissions data at operating sites every few seconds, which will be analyzed a third party at the Payne Institute for Public Policy at Colorado School of Mines.

While the monitors will allow Crestone Peak Resources to quickly identify emissions sources and take action to address abnormal air quality readings, Jason Oates, the director of government affairs for Crestone Peak Resources, said he believes the data will also conclusively prove oil and gas operations are not contributing to the Front Range’s diminishing air quality to the level often placed on the industry by anti-fracturing advocates.

Oates said Crestone hopes to provide the air monitoring data to the public before the Colorado Oil and Gas Conservation Commission’s next oil and gas rulemaking hearings in April and May.

“We don’t have fugitive emissions, but hopefully this will bring some data and some acknowledgment to the magnitude, or the lack of magnitude, that oil and gas bring to that issue,” he said. “We’ve done a lot of our own testing, and the findings were somewhat contrary to the Colorado Department of Public Health and Environment findings (that linked elevated levels of benzene at the Bella Romero K-8 Academy in Greeley to nearby hydraulic fracturing sites and that fracturing could cause negative health effects for those within 300 to 2,000 ft of a fracturing operation).”

However, Detlev Helming, a fellow and associate research professor at the Institute of Alpine and Arctic Research at the University of Colorado Boulder, whom Longmont hired to analyze emissions from oil and gas operations near the city, said he believes the effects could be felt from even further away.

In a study published in 2017 sponsored by Boulder County, he correlated evaluated levels of methane, carbon, and volatile organic compounds at the Boulder Reservoir to the 24,000 active oil and gas wells in Weld County as well as the Front Range’s inability to meet Federal Air Quality Standards, but he could not conclusively prove it.

“Our measurements from the Boulder Reservoir have shown concentrations of oil-and-gas-related pollutants were at a minimum on average two to three times higher than in most other large US cities,” he said. “Based on the known wind patterns, these pollutants are presumably transported into Boulder County from the active oil and gas areas in Weld County.”