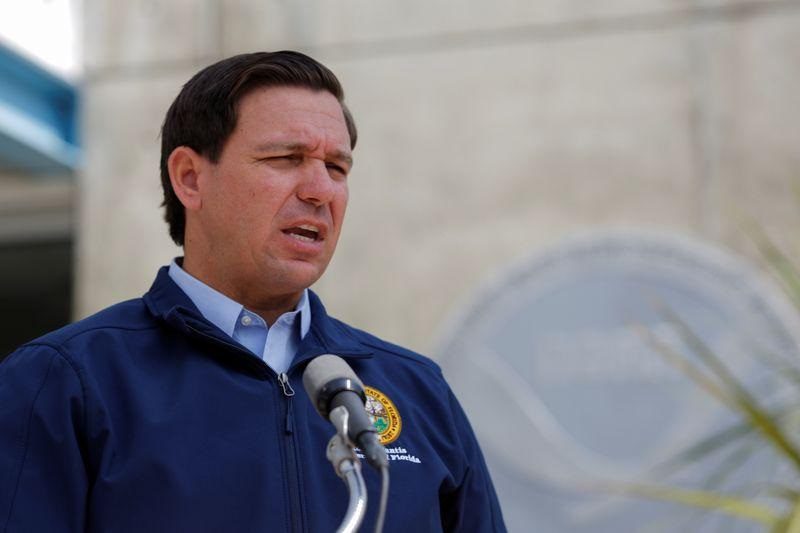 Credit: Marco Bello/Reuters.
Florida Gov. Ron DeSantis talks to the media during a news conference at the National Hurricane Center in Miami, Florida, as Hurricane Dorian approaches the state on 29 August 2019.

The state of Florida has reached a deal with a private real estate firm to buy a large swath of environmentally sensitive wetlands in the heart of the Everglades to spare the tract from oil drilling, the governor announced.

Florida’s agreement to purchase 20,000 acres of land from Kanter Real Estate, if consummated, would mark the largest wetlands acquisition by the state in a decade, Gov. Ron DeSantis said in a statement.

The deal was reached after a Florida appeals court last year sided against the state Environmental Protection Department’s bid to deny the Miami-based real estate company a permit to explore for oil on the land in question.

The Kanter family agreed to sell the property for $16.5 million, but the price would jump to $18 million if the deal closes after 30 June.

Acquisition of the Kanter property would bring to nearly 600,000 acres the amount of wetlands placed under permanent protection within a key Everglades conservation area set aside for environmental restoration and recreation, the state said.