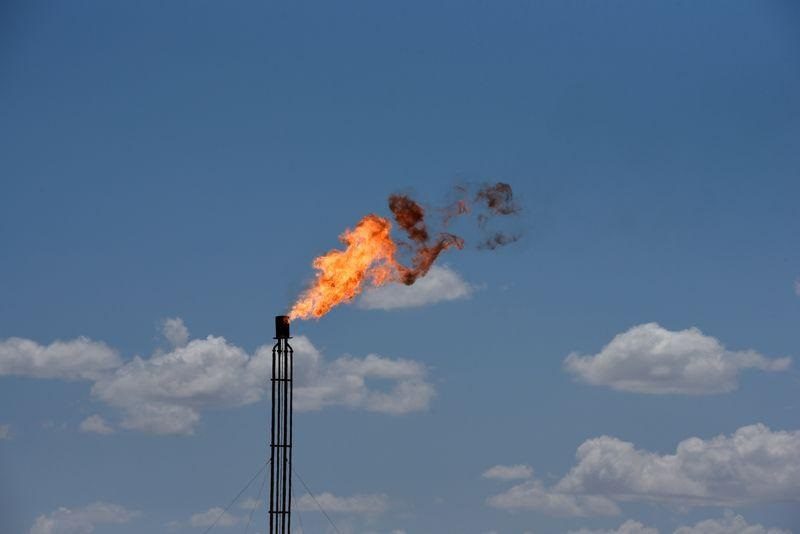 Credit: Nick Oxford/Reuters.
A flare burns off excess gas from a gas plant in the Permian Basin oil production area near Wink, Texas, on 22 August 2018.

One of Texas’ oil and gas regulators on 18 February defended the state’s high rate of natural gas flaring but named companies that burn off the most gas and said he would hold public meetings on the controversial practice.

Flaring, or deliberately burning gas produced alongside oil, has surged with crude production in Texas but can worsen climate change by releasing carbon dioxide. The report includes a set of flaring and venting data to be updated quarterly, the first set of such data the state has released.

Ryan Sitton, one of three elected oil and gas regulators, said Texas’ flaring intensity is lower than other oil-producing areas, including North Dakota, Iran, Iraq, and Russia. Its flare volumes—around 650,000 Mcf/D in 2018—are “high for recent history” but do not surpass some years in the 1950s, according to Sitton’s report.

“The state as a whole is still well below historical levels and most of the rest of the world,” Sitton said in the report.

EP Energy, Endeavor Energy Resources, Surge Operating, and Jagged Peak Energy had the state’s highest rates of “flaring intensity,” a measurement of flaring volume against oil production, according to the report.