Credit: Getty Images.
A fishing boat sits idle on the shore of Cabo Delgado province in the north of Mozambique.

The stabilization and economic development of Mozambique’s northernmost province of Cabo Delgado requires approaches that build community capacity and restore trust not only in the Mozambican government and its public service delivery mechanisms but also in the multinational oil and natural gas corporations investing in the region.  Proven development methodologies can ensure community acceptance of foreign investment, but foreign investors too often fail to apply them.

A lot of investment capital is at stake in this province. France’s Total recently acquired an onshore liquified natural gas (LNG) facility that Anadarko had been constructing in that province. In late 2019, ExxonMobil reportedly awarded contracts worth about $13 billion to three companies, including JGC Holdings, to build another giant LNG plant next to the Total facility. 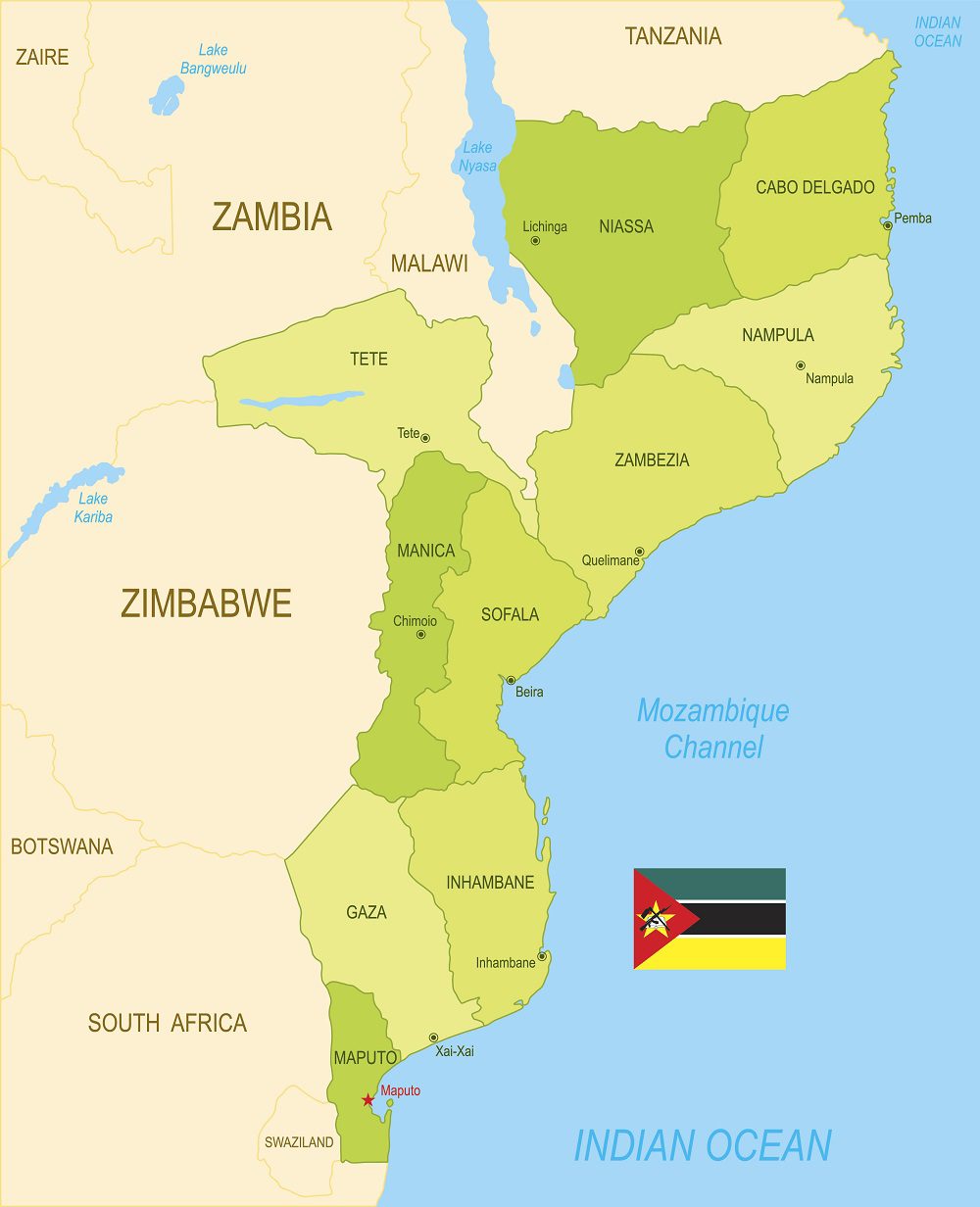 Since October 2017, a growing Islamist insurgency has paralyzed much of province of Cabo Delgado and could jeopardize the economic development of the region. Anadarko stopped construction on its large LNG facility for 4 months in 2019 after one of its workers was beheaded and several others injured in an insurgent attack.

The violence taking place in Mozambique is reminiscent of violence associated with investment in other African countries, including Angola, Ethiopia, the Democratic Republic of the Congo, and South Sudan. Certainly, it is in the best interest of the people of the country and international investors that Mozambique avoid becoming another Niger Delta with its decades-long conflict that ultimately contributed to the sell-off of onshore assets by oil majors.

The volatile security environment in Cabo Delgado province has continued unabated despite a heavy show of force by Mozambican government forces and contracted Russian mercenaries known as the Wagner Group. Security issues not only have jeopardized the extraction of natural gas and oil in the province but also forces banks to raise interest rates for financing, because of the increased investment risk.

Our analysis of the emergence of violent extremism in Cabo Delgado has also shown how foreign investment in the region unintentionally exacerbated local social and political tensions.

Those espousing a radical jihadist ideological narrative in the region were able to capitalize on an alienation of youth, especially, and transform grievances into narratives of revenge that have given rise to violent extremist actions. The first jihadist recruits came from a district where the UK firm Gemfields had acquired rights to mine the world’s largest ruby reserves. Agents both of a private security firm and of the government reportedly committed serious human rights abuses in suppressing artisanal miners encroaching on Gemfields concession areas.

Ever since 2010, when the Italian oil and natural gas corporation Eni discovered vast deposits of natural gas (placing Mozambique among the top 14 countries in terms of deposits), the country experienced a sudden boom in natural gas development and investment. Most, if not all, major world natural gas players, including Anadarko, Eni, ExxonMobil, Rosneft, and Total expressed serious interest in developing Mozambique’s oil and natural gas resources on and offshore. To expedite development and extraction, the corporations brought in expatriate skilled technicians and engineers. A frequent complaint among the affected communities has been the lack of training for higher-skilled employment. The lack of a clear vision of how ordinary Mozambicans would gain from the untapped resources in their land has fueled resentment.

Additionally, as in the case with Anadarko, entire communities/villages were resettled in order to clear vast tracts of land earmarked for onshore facilities.  However, our research showed that, contrary to Anadarko’s beneficial intent, their resettlement program only exacerbated local community tensions and failed to garner public support for their investments and development projects. Communities that were resettled to make room for Andardko’s LNG facility were often placed in areas claimed by communities of another ethnicity in a way that violated the traditional system of land rights and usage practices, creating intercommunal conflicts. Farmers also say that they did not receive adequate compensation for the investments in time and labor that they had made in agricultural lands, and some fishing communities found themselves without access to the sea. Residents also complain that, too often, new low-paying jobs being generated in the province have gone to outsiders, including immigrant Zimbabweans, who may be favored because of their English-speaking skills. Local grievances over the resettlement programs have yet to be addressed by both the government and the corporations operating in the region. Some of the youth who have been displaced by the resettlement have joined the jihadist forces.

The Catholic Church in Mozambique has taken a lead in calling for greater social justice in the area of corporate impact. The resettlement program financed by Anadarko as part of its development of the LNG facility is one of the concerns of Catholic Church leaders. (Note that, in 2019, Occidental purchased Anadarko and Total subsequently took over Anadarko’s assets in Africa.) In 2019, the Catholic Church sponsored a national conference on community resettlement that examined the complaints of communities from many areas of the country that are experiencing similar displacement by investments.

Our study of the conditions that have given rise to violent solutions to addressing social and economic grievances indicates that, to restore trust in public institutions and loyalty to the state, it is necessary to invest in developing capacity of communities to manage their affairs, especially through community participation in the delivery of public services such as healthcare, education, agricultural/fishing extension, and access to markets for goods.  Communities must be involved in the design, implementation, and monitoring of interventions that are supposed to benefit them. In addition, leaders from affected local communities must be involved in finding enduring solutions to the social conflicts that have arisen.

To minimize the chances of private-sector investments fueling conflict, it is important to apply evidence-driven best practices for community engagement and social investment as part of a conflict-prevention strategy. Proven methodologies from the field of social and behavior change communication, structured on community participation approaches, have proved quite capable of restoring trust between governments and society and of improving development outcomes. Indeed, such techniques have been used in the past in Cabo Delgado to effectively combat the illegal timber industry through community buy-in into the effort.

It appears that the unsuccessful strategies of companies and nongovernment organizations (NGOs) contracted to facilitate sustainable development in communities affected by corporate investment have either not used or unsuccessfully implemented informed, evidence-driven practices and methodologies. The adoption of state-of-the-art techniques including rigorous monitoring and evaluation (M&E) methods can help assure that objectives are being reached and if not, that corrective actions can be taken. Sharing M&E findings with governments and in-country NGOs contracted to help corporations meet their social responsibilities goals will help keep all pertinent actors on track and on the straight and narrow.

Without international investors and the international donor community applying a community participatory approach to public service delivery and creation of livelihood opportunities, local resistance and conflict are likely to undermine achieving the desired results. The intentional application of evidence-driven practices reduces the risk of project underdelivery from both an economic and reputational perspective for all parties.

Gregory Pirio is president and Robert Pittelli is associate at EC Associates. Yussuf Adam is an associate professor of contemporary history at Eduardo Mondlane University in Maputo, Mozambique.