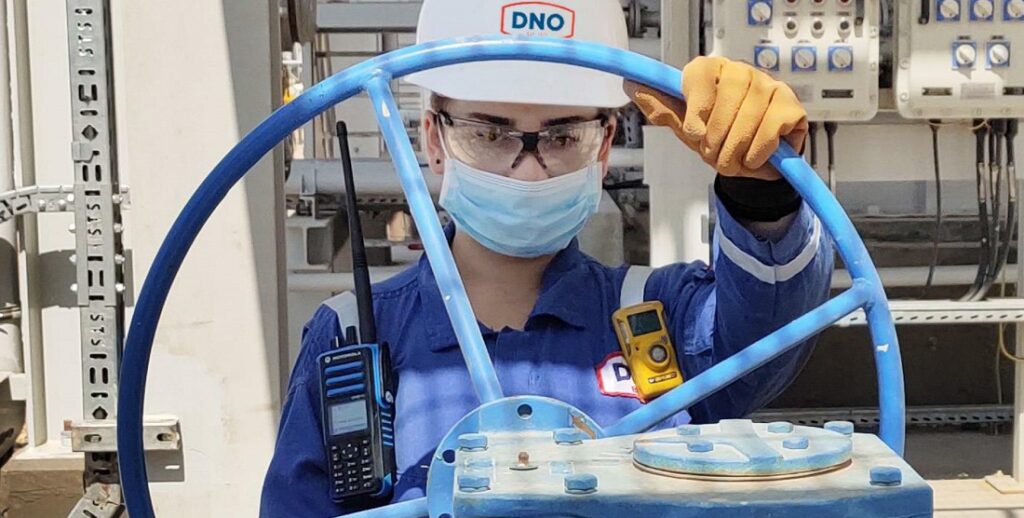 DNO, the Norwegian oil and gas operator, announced that the $110-million Peshkabir Gas Capture and Injection Project in its Tawke license in the Kurdistan region of Iraq is onstream and has reached the 1 Bcf of gas injection milestone. The project is expected to reduce annual emissions from the company’s production by more than 300,000 tonnes of ﻿CO2 equivalent﻿, the equivalent of offsetting the emissions from approximately 150,000 automobiles.

Engineering and construction began in mid-2018 and commissioning was completed in mid-2020 in what is the first gas capture and storage project in Kurdistan. Some 20 million ft3/D of previously flared gas at the Peshkabir field is gathered, treated, and transported 80 km by pipeline to the Tawke field, where it is injected for storage and reservoir pressure recharging.

Beginning in June 2020, the project halves the average carbon intensity of the company’s operated production from 14 kg CO2 equivalent for each barrel of oil equivalent produced (kg CO2e/BOE) to an average of 7 kg CO2e/BOE. This surpasses the target set by a group of 12 of the world’s largest oil companies comprising the Oil and Gas Climate Initiative to reduce the average carbon intensity of their aggregated upstream oil and gas operations to between 20 and 21 kg CO2e/BOE by 2025 from a collective baseline of 23 kg CO2e/BOE in 2017.

“Gas injection and the associated carbon capture and storage is proven, practical, and potentially profitable,” said Bijan Mossavar-Rahmani, DNO’s executive chairman. “Our project was completed on schedule and on budget, notwithstanding the challenges of working in what is still a frontier oil and gas operating environment and the obstacles posed in the late stages by the COVID-19 pandemic,” he added.

Gas flaring at the Peshkabir field has been reduced by more than 75%, with work under way to reduce it further. Any Peshkabir field injected gas produced at the Tawke field will be recovered and recycled into the latter or used as fuel to displace diesel.

Reservoir models suggest gas injection will increase gross Tawke field recoverable volume by 15 million to 80 million bbl of oil, of which 23 million bbl are included in the gross proven and probable Tawke field reserves in the DNO 2019 Annual Statement of Reserves and Resources.

Mossavar-Rahmani has announced the launch of a new initiative to more actively measure, monitor, and mitigate methane leakages at DNO’s operated sites, noting that, while CO2 emissions from oil and gas operations receive the greatest attention, methane emissions are a significant but underreported source of greenhouse gas, with an impact 25 times greater than CO2 on a 100-year timescale.