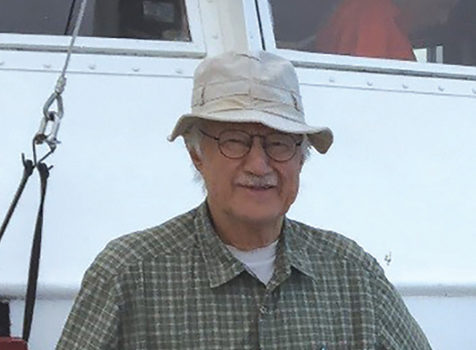 More than 50 years after inventing the air gun, Stephen Chelminski is working on a new version of the industry standard designed to be more in tune with the current needs of the industry and its regulators.

While the components used would be familiar to anyone who has worked with an air gun, it has a fatter shape and produces sounds in a lower range. If it were a horn, it would be a tuba and a standard air gun would be a trumpet.

The goal is to reduce the energy emitted to produce the lower frequency range that is useful for seismic, while decreasing the emission of frequencies said to cause trouble for marine life. “Something like 3% to 6% of the energy from an air gun is turned into useful energy for seismic. The rest is wasted,” said Chelminski, chief executive officer of Chelminski Research, during an interview at the recent Society of Exploration Geophysicists’ (SEG) annual meeting in New Orleans.

The working name for the device is the Low Pressure Source (LPS), which he refers to as a sound source. That distinction reflects the negative associations that have been attached to the name air gun.

In redesigning the original, the goal was to create a familiar device that emits a lower energy burst of sound concentrated on less than 100 Hz, with more of  the hard-to-get signals below 10 Hz.

“The low frequencies are critical,” said Shuki Ronen, external and collaborative research manager for Dolphin Geophysical, which is supporting Chelminski’s work to commercialize the LPS. He said the device can generate a signal that is a quarter octave lower than a standard air gun, which is valued for what it can reveal about rock properties and deeper layers.

The seismic services company planned to decide late this year whether to pay to build a full-sized version of the new sound source for testing, which will depend on whether there are interested users, Ronen said.

It is competing for attention at a time when there has been an upsurge in new sound source development, ranging from new-generation guns to marine vibrators. All are aiming at better frequency control and lower energy signals.

Frequencies higher than 100 Hz are an environmental issue—researchers say they are a threat to marine mammals and certain fish—which has led to the need for compliance with regulations that may cause costly delays in survey work. The higher-frequency sounds are of little use for seismic imaging because they dissipate in the earth, contributing little to images based on the signals that echo up to the surface.

Chelminski described how the air gun works: A large volume of air emitted at a moderate pressure bursts through a large port to create a bubble, which produces the sound waves needed for seismic surveys.

By reducing the air pressure by more than 50% and significantly increasing the volume of air used to create the sound, the device increases the duration of the sound emitted, changing it to a lower frequency boom. The output also is said to offer a larger volume of the low-frequency signals needed for determining rock properties and imaging deeper targets.

Those figures were based on testing of a reduced-size prototype of the device in Seneca Lake, New York, which is home to a testing facility used by the US Navy for testing sonar equipment.

If Chelminski’s air gun reaches the market, it will be up against a newly designed air gun with a limited high-frequency bandwidth from Teledyne Bolt, whose website traces its air gun business back to Chelminski’s original design in the mid-1960s.

The Teledyne Bolt air gun is called the E-source air gun and was developed in conjunction with Schlumberger. It is ready for use in a full seismic survey, said David Gerez, technology manager of sound sources at Schlumberger, in an SEG conference presentation.

Looking ahead, there are multiple companies, including Teledyne, working on a new generation of marine vibrators, which open the possibility of sound sources with even more frequency control and longer, lower-energy signals that are more of a hum than a pop.

Ronen’s SEG presentation showed that a new generation of lower ­pressure devices based on an air gun design may not equal what the marine vibrators are promising in terms of reduced sound energy and frequency control. But air guns have a significant edge because they are familiar devices that the offshore industry has embraced due to their reliability and low cost.

The LPS from Chelminski has the same elements as older air guns, he said, adding he was trying to “design something that does not present challenges” to users.