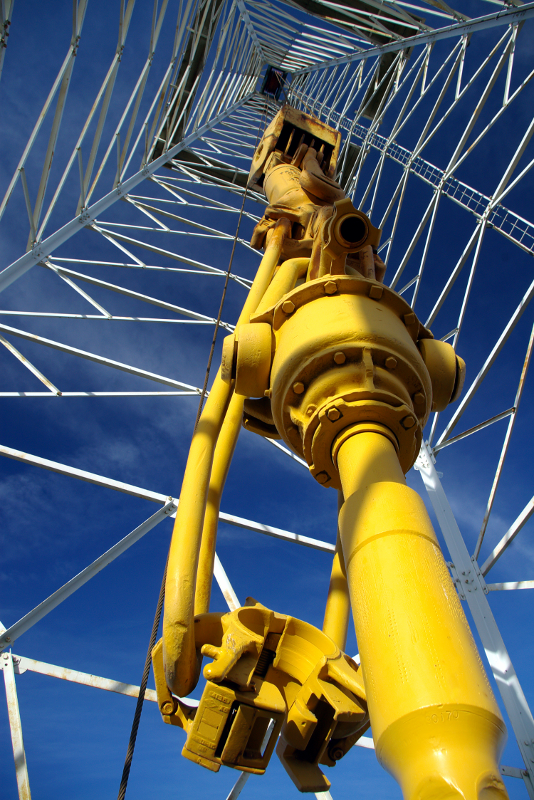 Vimlesh Bavadiya is leading a team of engineering students at the University of Oklahoma (OU) to repeat its victory in SPE’s Drillbotics competition next year.

The competition to build the best automated drilling machine was created to provide engineering students with a dose of real-world experience, where teamwork is required to attack a complex challenge when time and money are limited, the rules change, and in the end, things break.

“It was a very difficult path. But it was very good,” Bavadiya said, summing up the experience of the five-member team that won the first ever Drill­botics competition, which was created by the SPE Drilling Systems Automation Technical Section.

The OU team goes into this school year with a working drilling rig, as do the teams from the University of Texas and Texas A&M University, which also competed over the last school year. The goal is to create a device able make the adjustments needed to drill through a block made from multiple layers of rock with no human intervention.

Last year, the challenge was to program the driller to change settings to adjust to the change of hardness when moving from sandstone to granite. This academic year, the teams must drill straight through layers running at different angles, which will tend to push the drill bit off course, said Fred Florence, president of Rig Operations, who is the cochair of the competition.

Test rocks will be covered with cement so competitors cannot see layers that are described only as not coplanar. “We want to surprise them, but not shock them,” Florence said. “When we drill a well in the real world, we have some idea of what rocks we should encounter. There is uncertainty about the depths and thicknesses. So we will tell them the rock’s physical properties, such as its average compressive strength. We will let them know what formations we expect to deliver, but it could change slightly.”

Hard times in the business are adding another taste of reality: Teams will need to raise the money to build their equipment with budgets again capped at USD 10,000. And the maximum weight on bit has been reduced from 50 lb to 20 lb, making it harder to drill efficiently.

The slight winning edge in last year’s competition—where Florence said it was “almost impossible to differentiate the winner”—came down to how the OU team responded to a late change in the required drillpipe to a thin-walled aluminum tube.

All the teams made adjustments to deal with that weak link. Bavadiya said the judges told his team that it gained an edge by taking the extra step of modifying the hydraulic system to pressurize the inside of the pipe to resist buckling.

A key team member behind that step was Mohammad Aljubran, who was in charge of the hydraulics system, which had to be revamped up to add the right amount of pressure, Bavadiya said.

The change required action by others on the team to adjust the equipment and control program to the properties of a pressurized pipe. Team members shared their knowledge of drilling, mathematics, electronics, process control, structural engineering, machining, and welding, said Ramadan Ahmed, the team mentor, associate professor of petroleum engineering at OU.

Bavadiya said he drew on his years of drilling experience and the people skills he gained while leading clubs and other organizations to create the team effort that brought out good ideas and kept the project on track.

Team member Stephen Christy designed the traveling block that moved the drilling string in and out of the hole and played a critical role during construction, sharing his knowledge of machine tools with the team members that were fabricating parts.

John Kibe said he used his experience as an electronics technician to find more accurate and cheaper substitutes for the electronic components that cost far more than the team could afford.

The derrick structure was designed by Henry Le, who devised a modeling technique to visualize how the rig components would work together. Mathematical formulas came from all the team members, with Christy and Kibe converting them into the control system program.

It was a marathon effort. “We had different classes, day jobs, and families with kids to take care of,” Bavadiya said. “We would get in the lab to start around 8 pm and work to midnight. Sometimes, we could go to 2 a.m. or 4 a.m.”

Having a working rig is a good starting point, but controlling drilling in a different type of rock will require significant adjustments to keep up with the competition, which could grow to six teams or more, Florence said. While last year’s teams will be modifying rather than building a rig, he did not think that will provide  a significant edge.

“Unlike our overly competitive industry, academia readily shares knowledge without undue emphasis on intellectual property ownership. The new entrants, and even the previous ones, for that matter, can review the other concepts and choose how they wish to proceed,” he said.

Either way, it is a tough test, and Florence said those who compete demonstrate valuable skills. He said that even in this down market, employers should hire the graduating competitors because “they know more about this today than you know.”