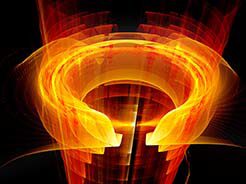 In a riserless-light-well-intervention (RLWI) operation in the Gulf of Mexico (GOM), a crown plug failed to release. Slickline (SL) was the first method to be put into action. It was believed that repetitive attempts had broken the seal, resulting in saltwater inflow that had created hydrates. Twenty-five percent methanol/ethanol/glycol was pumped while jarring, but eventually the contingency plan was activated. This consisted of a hydraulic stroking tool, which managed to remove the upper crown plug successfully and allowed the operation to continue.

Electric line (e-line) has become the preferred method of intervention in the industry for a number of tasks with a growing array of lightweight solutions available to operators as an alternative to the heavy-duty approach of coiled tubing (CT) or the limited approach of SL. With the growing number of subsea wells and the greater efficiency of RLWI, logic dictates that the industry will see more and more e-line interventions for subsea wells in place of heavier interventions.

The hydraulic stroking tool used during the operation presented here provides the necessary force for most ­mechanical-intervention jobs. It can push or pull a number of times, in spite of well depth or lateral deviation, during the same run. The particular tool used for this operation was designed to pull with a force of 33,000 lbf. Since this operation was completed, this hydraulic stroking tool has been redesigned to apply up to 60,000 lbf of axial force downhole with its bidirectional hydraulic ram. When plugs or stuck tools need to be pulled, specific tools and adapters can be attached to the actuator piston. All mechanical operations are run from the surface, and operations begin after the stroking tool has anchored itself.

This article, written by JPT Technology Editor Chris Carpenter, contains highlights of paper SPE 173647, “Crown-Plug Pulling Performed as Riserless Light Well Intervention in the Gulf of Mexico—Overcoming the Challenges,” by Garry Andrews and Angel Luviano, Welltec, prepared for the 2015 SPE/ICoTA Coiled Tubing and Well Intervention Conference and Exhibition, The Woodlands, Texas, USA, 24–25 March. The paper has not been peer reviewed.
...
This article is reserved for SPE members and JPT subscribers.
If you would like to continue reading,
please Sign In, JOIN SPE or Subscribe to JPT