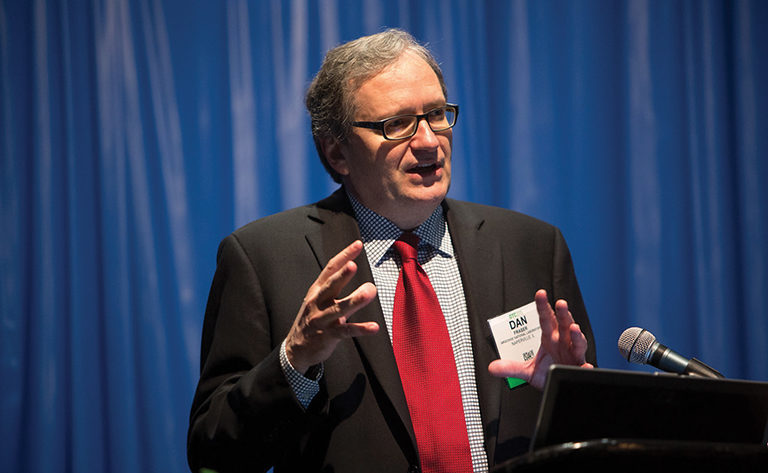 Dan Fraser, an industrial safety expert from Argonne National Laboratory, has been advising BSEE on offshore safety issues, such as well control. Here he is seen presenting a paper about testing high-performance pipe at the 2015 OTC.

By measuring differences as small as 1 bbl in the drilling fluid flowing out of a well compared to what flowed in, these closed well designs are able to quickly adjust the downhole pressure to manage an influx, or drilling fluid loss.

MPD has allowed development of difficult formations, particularly in Southeast Asia, where conventional drilling methods would have taken far longer for many wells, if they could have been drilled at all, in unpredictable carbonate formations prone to massive fluid losses. One MPD advocate, Peter Aird, a drilling consultant who is founder of Kingdom Drilling Services, said MPD should stand for “makes problems disappear.”

The dilemma is a result of regulations prohibiting offshore drillers in the US from “knowingly” taking a kick. The rule was written back when the smallest kick that a driller could knowingly have taken was roughly 10 times larger than what an MPD system can accurately measure.

This paper shows how high-frequency, real-time drilling data from wired drillpipe has helped optimization of drilling performance and achievement of additional improvements in the New Mexico Delaware Basin.