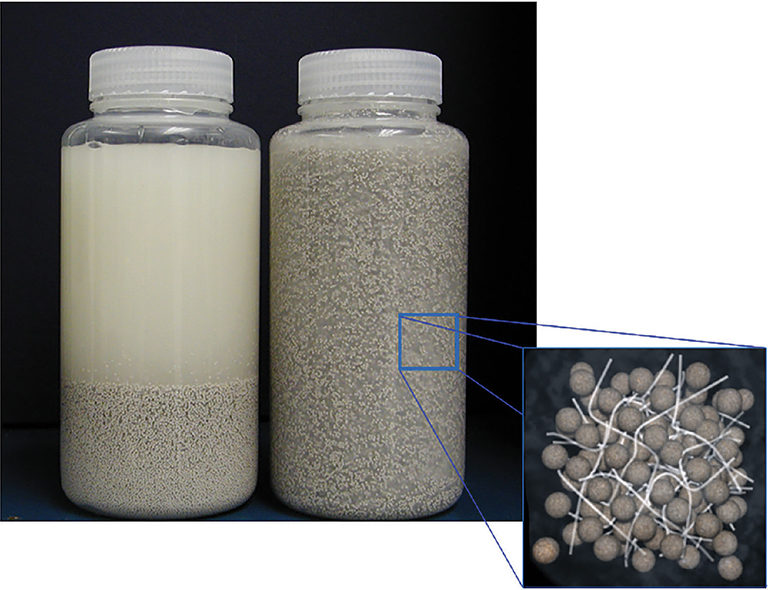 Under current market constraints, many operators and service companies are trying to determine how to efficiently and cost-effectively refracture declining and/or underperforming shale wells. Companies are investigating new technologies and creatively adapting existing techniques to improve refracturing operations.

Historically, hundreds or thousands of laterals in unconventional plays were stimulated with suboptimal practices or suffered damage, limiting access to significant remaining reserves.

Typically costing a fraction of the amount required to drill and complete a new well, refracturing represents an attractive opportunity for operators to increase production, ultimate recovery, and return on investment.

While refracturing vertical wells is not new, the industry has limited experience with refracturing horizontal wellbores and the technique is still in its infancy. Today, the common practice is to assume that if a treatment design succeeded in the original lateral, one needs to only apply essentially the same formula in refracturing the well. Instead of using mechanical bridge plugs, which are no longer a viable option, a diverting agent is pumped between each proppant fracture stage.

Diversion materials typically consist of degradable particles intended to plug existing fractures in low-pressure depleted zones and divert proppant to untreated, high-pressure sections of the lateral. Although some horizontal refracturing jobs have achieved good results with this approach, there are two serious potential technical shortcomings. One is ineffective diversion across the full length of the lateral. The other is inadequate proppant transport inside the lateral.

Conventional diverting materials have not proven reliable, often failing to isolate existing fractures. Particle sizes have not been optimized to effectively plug near-wellbore fracture openings, or the particles become strung out during pumping and thereby prevent diversion pills from achieving sufficient concentration to create impermeable barriers. As a result, portions of the subsequent proppant treatments take the path of least resistance by flowing into depleted areas and failing to attain the pressure required for fracturing any unstimulated rock.

There is another, less obvious problem with traditional refracturing of horizontal completions. As proppant-laden fracture fluids travel toward the toe of the lateral, fluid fractions enter multiple hydraulic fractures along the way and continually slow the stream.

As fluid velocity diminishes, the proppant begins to settle out and accumulate inside the casing, creating a sand dune that progressively fills the lateral. Few operators realize that hundreds or thousands of feet of casing may be clogged with sand. Inadequate proppant transport and sand settling may explain the observation that many refracturing operations preferentially stimulate the wellbore closer to the heel.

Supported by rigorous candidate selection and completion modeling workflows, the new refracturing approach pumps in alternating sequence a fracturing fluid that enhances proppant transport and a highly effective composite diversion pill, which is pumped between each treatment stage. Originally proven to optimize initial fracture completions, the fracturing fluid and diversion pill technologies are being adapted for refracturing operations. A common element is the use of fiber.

Composite diversion pill. The use of degradable diverting agents is common in oilfield operations such as matrix acidizing, in which the materials temporarily plug more permeable rocks and redirect the treatment to less permeable zones. However, plugging much larger hydraulic fracture openings close to the wellbore requires quite different diversion materials.

Based on the expertise attained in cementing technology, researchers knew that a fluid with particles of varying sizes would create a more efficient plug. They developed a multimodal mix of degradable polymer particles, each differing in size by approximately an order of magnitude.

The largest particles are optimized to pass through perforations and lodge in the entrance to the fracture. Incrementally smaller particles accumulate within the interstices of larger particles, further reducing permeability until a temporary plug is formed.

However, particles alone are insufficient for plugging fractures, particularly in the less expensive, lower viscosity fracturing fluids that are preferred by many operators. Rather than remaining evenly blended during pumping, particles of different sizes tend to disperse within the fluid stream because variations in drag forces cause them to travel at different velocities. As a result, excess volumes of diversion fluid enter the fractures beyond the near-wellbore region, consuming more time and more material to plug the perforations.

Researchers also knew from experience with cementing that adding fibers can dramatically reduce the rate of fluid/particle separation. Fibers physically interfere with the settling of particles in suspension without changing the rheology of the carrier fluid.

After extensive experimentation, selected synthetic degradable fibers were blended with multimodal particles to create a unique composite diversion technology. Fibers ensured that diversion pills would remain highly concentrated, even under variable pump rates, thus enhancing both the speed and efficiency of temporary plug formation at each stage of sequenced refracturing.

In the field, these very low permeability plugs withstand wellbore temperatures from 100°F to 400°F, and pressure differentials of up to 3,700 psi. After refracturing, all particles and fibers completely degrade in a few days without further intervention, opening newly refractured completions to production.

Fiber-laden fracturing fluid. In recent years, an increasing number of shale operators have used fiber-laden fracturing fluid to minimize settling and enhance proppant transport within the reservoir during initial hydraulic fracture treatment (Fig. 1 above). Because fluids are pumped at a high rate and each stage has only two to eight perforation clusters, little proppant appears to accumulate within the casing.

However, in a refracturing operation, the entire length of the wellbore is open. More than 150 clusters could potentially be open to fracturing at one time. “High rate” jobs on the initial completion now have much lower velocities to carry proppant along the lateral. Therefore, pumping multiple fracturing stages can systematically fill the lateral with a sand plug from the toe backward.

When companies began refracturing shale wells, no one had thought much about laterals becoming plugged with sand. The phenomenon was discovered while cleaning up with coiled tubing after a series of experimental refracturing operations, when the problem was already too late to avoid. Half or two-thirds of the lateral were full of sand. Even with microseismic monitoring, when operators noticed events clustering around the heel of the lateral, they initially assumed the diversion agent had failed.

Just as adding fibers to the diversion pill prevents degradable particles from stringing out, fiber-laden fracturing fluid can enhance proppant transport and inhibit sand accumulation within the casing during restimulation of long, open laterals. By incorporating fibers into both components, sequenced refracturing technology may provide the optimal solution to these two problems inherent in conventional refracturing without resorting to more costly and time-consuming mechanical interventions.

In 2014, five Eagle Ford Shale operators and Schlumberger formed a refracturing consortium to share information and expertise, accelerate the learning curve, develop a rigorous workflow for candidate selection, and optimize treatment design and execution. Three refracturing goals, which vary by well, are increasing stimulated reservoir volume, improving the conductivity of existing fractures, and re-energizing a parent well before completing an infill well nearby.

The project has focused on testing and refining best practices in applying the diversion technology developed as part of the sequenced refracturing approach. For its first few wells, the consortium’s refracturing strategy was to pump proppant volumes equal to the original treatment stages and composite diversion pills the same size as those used to isolate new completions.

The process began by using a small amount of diversion material and increasing it as needed. On subsequent wells, the size of the diversion pills used early in the process was gradually increased, thereby isolating depleted zones sooner and stimulating greater volumes of previously untreated rock.

On the assumption that conventional fracturing fluid would be sufficient, early wells were refractured without the addition of fiber. At that point, the challenge of proppant transport inside the casing was not understood. Although surface-acquired microseismic events were observed in only the 30% portion of the lateral closest to the heel, it was unclear whether inefficient diversion was the cause, because engineers were still modifying the size of the pills and the timing of their delivery in the well.

On another of the consortium’s candidate wells for refracturing, the treatment used fiber in the fracturing fluid and the pill. Based on the analysis of microseismic activity, the well achieved a sharp improvement of about 80% coverage. In future refracturing operations, the consortium will further investigate the effect of fiber-laden fracturing fluid and various mechanical techniques aimed at improving coverage of the lateral.

To date, the Eagle Ford consortium has achieved noteworthy results. The primary objective is to regain more than 60% of the initial production while spending less than 40% of the original cost. Thirty-day production increments from six refractured wells ranged from increases of 100 BOPD to more than 450 BOPD, or from 31% to 76% (Fig. 2).

The cost of using the new composite diversion technology to refracture a lateral was about 70% less than the cost of drilling and fracturing a new well. Economic models indicate that the internal rates of return could exceed 30%, which is the expected value of a new well in the same area.