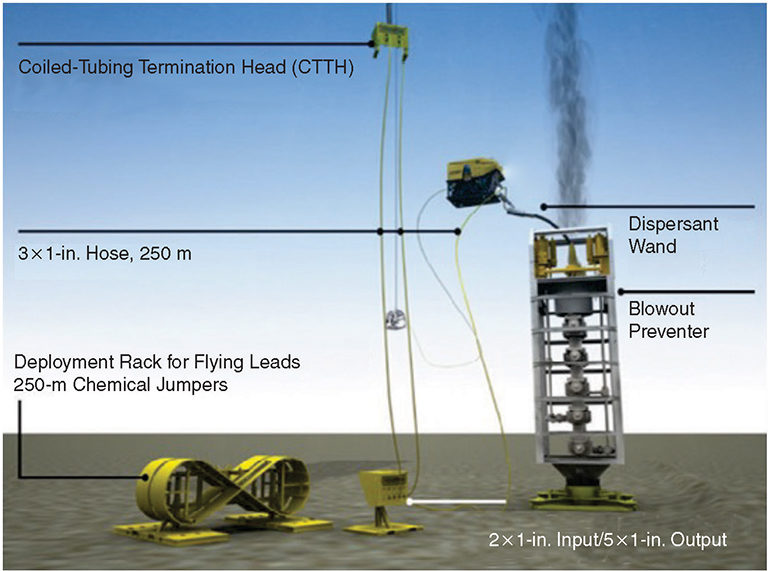 To test the improved blowout-response capabilities implemented following the Deepwater Horizon accident, Total organized and ran a large exercise to check the ability to efficiently define, implement, and manage the response to a major oil spill resulting from a subsea blowout, including the mobilization of a new subsea-dispersant-injection (SSDI) device. After a year and a half of preparation, the exercise took place 13–15 November 2013.

The oil-spill-response exercise, code-named LULA, considered a scenario in which a blowout at a water depth of 1,000 ft resulted in an uncontrolled release at 50,000 BOPD. The main objectives of the LULA exercise were

This article, written by Special Publications Editor Adam Wilson, contains highlights of paper IPTC 18215, “LULA Exercise: Testing the Oil-Spill Response to a Deep-Sea Blowout, With a Unique Combination of Surface and Subsea Response Techniques,” by C. Michel, L. Cazes, and C. Eygun, Total E&P Angola, and L. Page-Jones and J.-Y. Huet, OTRA, prepared for the 2014 International Petroleum Technology Conference, Kuala Lumpur, 10–12 December. The paper has not been peer reviewed. Copyright 2014 International Petroleum Technology Conference. Reproduced by permission.
...
This article is reserved for SPE members and JPT subscribers.
If you would like to continue reading,
please Sign In, JOIN SPE or Subscribe to JPT