Invited Perspective: The Notion of a Carbon Bubble

According to the Intergovernmental Panel on Climate Change (IPCC), the concept that Earth can only handle a certain amount of cumulative carbon dioxide (CO2) emissions over a certain time period is referred to as a “carbon bubble.” If this amount is exceeded, Earth would possibly (it is all about probabilities) warm by more than 2°C (over the pre-industrial temperature level). Scientists suggest we should not cross over this threshold since it could lead to runaway climate change. This could have dire consequences, adding material costs because of more frequent and intense extreme weather, along with rising sea levels. From the maximum allowable cumulative CO2 emissions (to stay below +2°C), one can back-calculate the maximum amount of fossil fuels that can be burned.

On 17 June 2014, Martin Wolf, associate editor atThe Financial Times, cautioned investors that exploration and production (E&P) companies might lose value if and when two-thirds of the oil companies’ current reserves become unburnable or “stranded reserves” because of the limit of cumulative CO2 emissions being reached after the first third was burned. [Martin Wolf, “A Climate Fix Would Ruin Investors,” Financial Times, June 17, 2014.] This is a timely topic for an enhanced understanding among SPE members and the E&P industry. The discussion fits perfectly into the larger, important issue of sustainability. Statoil’s chief economist, Eirik Wærness wrote “The Double Energy Challenge,” on 22 December 2014 in Sysla magazine (www.sysla.no/2014/12/22/meninger/den-doble-energiutfordringen_36269/). He shares his perspective here. 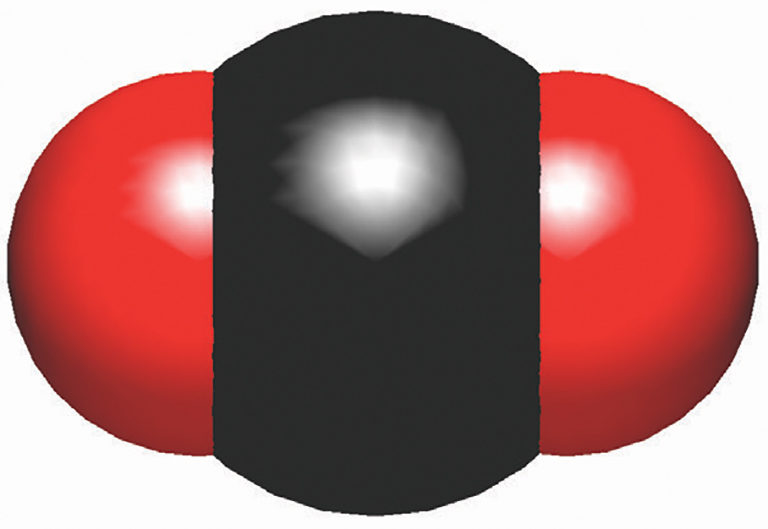 How and when do you see the phasing out of oil and gas and
the growth of renewables really taking center stage?

The world’s fossil fuel resources are enormous, but far from everything will be produced. The age of sail in global shipping did not end because of lack of wind. Coal, oil, and gas will still be available in the ground after we have replaced fossil fuels in the energy mix. Some of the resources will be too expensive to find, develop, and produce, compared with other alternatives. In addition, climate change considerations suggest that some of the resources should and will be left in the ground.

What will really trigger a switch to renewables?

Roughly, an effective climate policy. For example, a global carbon price will help ensure that it is primarily coal resources that are left in the ground. In a way, coal is the black sheep of the fossil fuel family. According to the International Energy Agency (IEA), the current consumption of oil and gas (approximately 93 million BOPD and 350 Bcf/D) can be accommodated within the requirements set by the +2°C goal, but not the expected growth of coal.

Can you explain why Martin Wolf’s Financial Times article on carbon attracted so much attention? 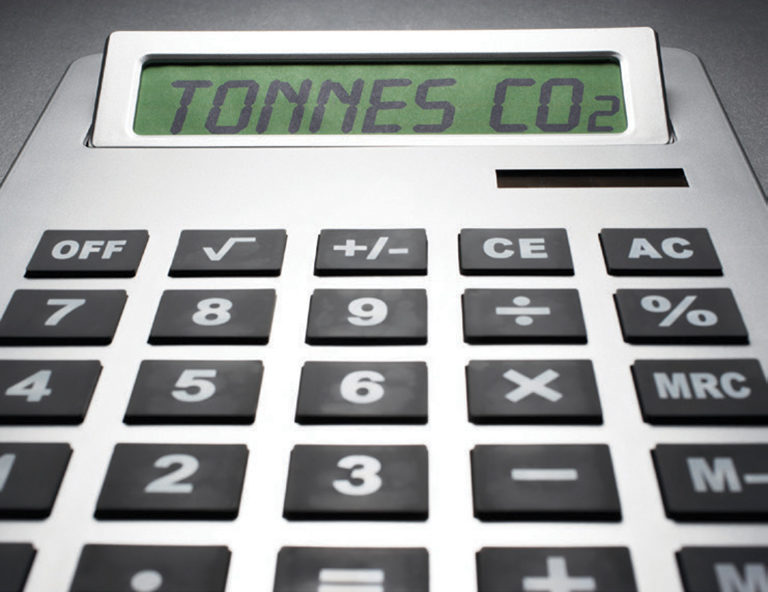 We have been given the impression that two-thirds of oil companies’ oil and gas reserves must be left in the ground in order to achieve the IPCC’s +2°C goal. Furthermore, if investors assume that politicians will decide to meet this goal, the market value of oil companies worldwide could drop considerably. This is not the case. It makes a big difference whether it is coal or oil and gas that are left in the ground. The combustion of coal produces half as much energy as natural gas within a given CO2 budget. Consequently, it is coal above all that should remain in the ground. In addition, the oil companies’ reserves and resources differ greatly. The market value of the companies is primarily linked to the expected value of the oil and gas production from “reserves ready for production” over the next 15 years. The valuation is not much affected by oil and gas production changes at a later stage. These resources may be reclassified to reserves several decades later. The bottom line is that energy mix “switching” is and, therefore, should not be discounted into the value of companies in 2015. And, as the IEA has also pointed out, there is a need for a lot of oil and gas production after 2030, even in a low-carbon future. In fact, in IEA’s World Energy Outlook 2014, the estimated level of oil and gas demand in the low-carbon scenario (approximately 450 ppm of CO2 in the atmosphere) is 95% of the level in 2012. Given decline rates in our industry, it is a formidable challenge to ensure delivery of such volumes 25 years from now.

Do you think E&P companies will ever receive a discount because oil and gas do turn into CO2 emissions at some point?

Sometime in the future, different carbon intensity (like a company’s average pounds of CO2 emitted per BOPD produced) in the companies’ portfolios will affect their valuation, if the climate policy is changed. Companies with low-carbon emissions in production will be rewarded since they will have the lowest operating expense increase. The world’s population is growing and needs more energy. In Statoil, we expect a considerable improvement in global energy efficiency, the result being a 40% improvement until 2040. At the same time, we expect a considerably tighter climate policy than today, and we estimate that the production of renewable energy from wind, sun, and geothermal heat will be 10 times as high in 2040 as it is today. If we succeed in changing the energy and climate policy in a more sustainable direction, we may see a further increase in energy efficiency, and the share of renewable energy in the energy mix may be higher.

What does the global energy mix look like in 2040 in your crystal ball?

If we succeed in making a change that enables us to meet the IPCC’s +2°C goal, fossil fuels will still account for approximately 60% of the total energy consumption in 2040. If so, there will still be a need for more natural gas production than today, and in addition, approximately 70 million BOPD of oil production, about 20% less than today’s production.

So we should not stop exploring for oil, developing fields and squeezing more out of them with improved oil recovery and enhanced oil recovery?

The production from the companies’ entitlement reserves is gradually dropping. It is necessary to find and develop new resources and convert them into reserves in a constant race against the natural decline of the production from existing fields. Production from existing fields can deliver at maximum 20 to 30 million BOPD in 2040, which is 40 to 50 BOPD short of the expected low-carbon demand of approximately 70 BOPD. It is, therefore, absolutely necessary to explore for, find, and develop new oil and gas production, develop technology, increase the rate of recovery, and cut costs in order to meet the expected energy demand, even assuming the world moves to a sustainable energy mix. In its latest World Energy Outlook, IEA clearly signals its worry that there might not be sufficient willingness to undertake the necessary investments.

What has to happen to move us toward a sustainable energy mix that includes oil and gas?

It is essential that global climate policies allow carbon emissions to get a price that stimulates less use of coal, provides impetus to lower CO2emissions in energy production, encourages higher energy efficiency, and attracts greater investment in natural gas and renewable energy. It also is essential that we research possibilities for carbon capture and storage in order to reduce the emission intensity from fossil fuels. The global challenge is not that we have too much oil and gas, but that we must invest enormous amounts in energy efficiency, renewable energy, as well as new oil and gas fields in order to deliver the energy that the world needs in a sustainable manner. Symbolic politics and myths about carbon bubbles are not very well suited for solving the actual challenges.

If we succeed in dramatically transforming the world’s energy systems, we may be able to deliver energy to all those who need it without exacerbating climate change. This will necessitate enormous investments in renewables, in the grid, in energy efficiency, in transport systems, and in oil and gas. IEA estimates that approximately USD 40,000 billion by 2035, or 50% more each year than the average annual investment since 2000, will be required to secure energy supplies. Additionally, more than USD 13 trillion will be required for energy efficiency measures in industry, transport, and buildings. 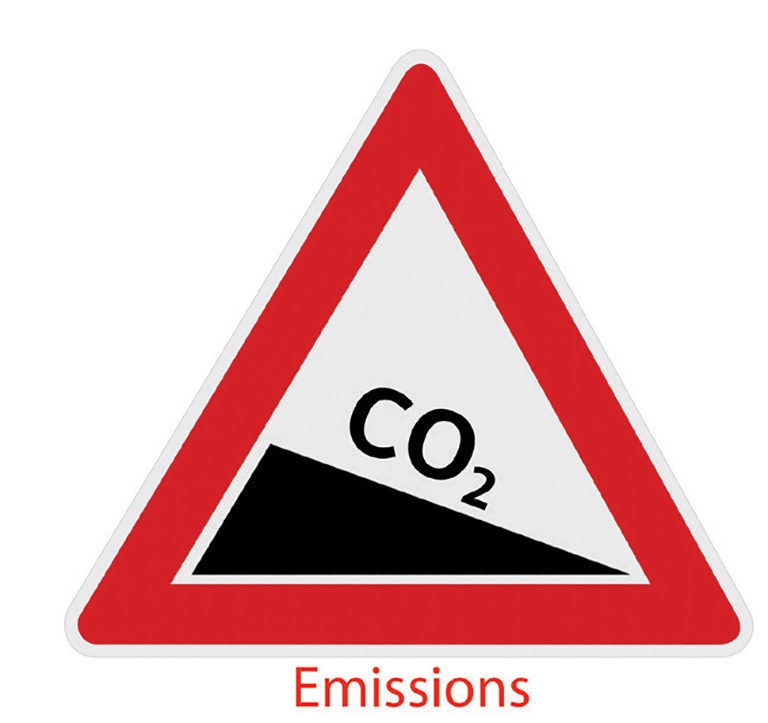 We do not need to phase oil and gas out of the energy mix over the next decades to achieve the goal of lower global CO2 emissions and we should not do so as long as such resources are competitively priced and considerably more versatile and practical than the alternatives. Serious calculations of the energy mix in a low-carbon scenario show that we can achieve our goal of limiting climate change while still basing substantially more than half of the energy mix on fossil fuels.

In a low-carbon scenario, gas demand will be greater in 2040 than it is today. Satisfying oil demand will necessitate oil from fields as yet undiscovered—the amount required is equivalent to five times Saudi Arabia’s current oil production. People often forget that oil and gas are not just used in transportation and cooking/heating/cooling/electricity generation. A large number of products needed by the rapidly growing middle class are made from petroleum byproducts. Given a rapidly declining production from existing fields, the challenge of obtaining sufficient quantities of oil and gas, even in the low-carbon scenario, will be formidable.

So, there you have it. In a rational world, the “carbon bubble” in Wærness’s view is largely a myth. Oil and gas most likely will add up to more than 60% of the global energy mix as far away as in 2040, even in a low-carbon scenario. The energy source(s) that best navigate success in 3E (Energy supply, Economics of supply, and Environmental performance and footprint of supply) will win in the forward Darwinistic fight for global energy mix market share. Think about it!

Invited Perspective: The Notion of a Carbon Bubble