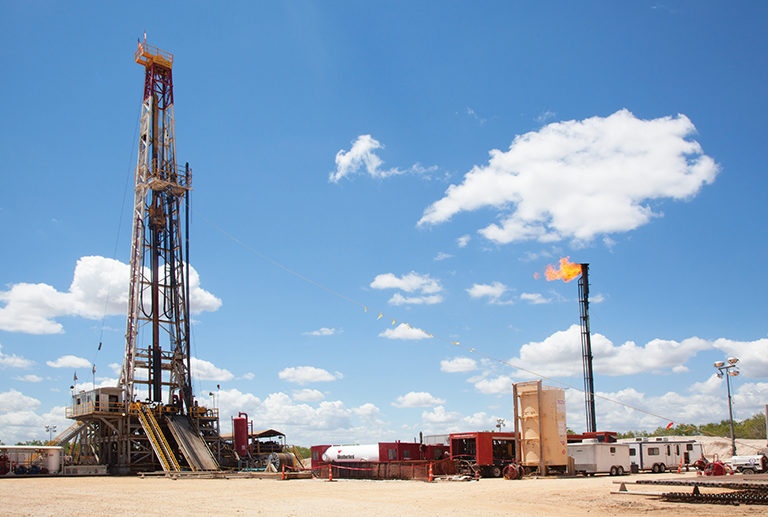 Photo courtesy of Weatherford.
A typical underbalanced drilling (UBD) spread using a flare boom to burn off gas produced while drilling. Those who are using UBD to tap into tight oil and gas reservoirs are saving time and money, yet most of the unconventional industry has turned away from the technology.

For the past quarter of a century, underbalanced drilling (UBD) has been a niche technology known to many and practiced by few. It has seen acceptance in the North Sea, where UBD is used to drill through depleted reservoirs. In the Middle East and North Africa, it has been recognized as the only economic way to reach total depth through ultrahard carbonates.

And in recent years, UBD has started to show promise as a way to drill horizontal wells in tight rock and shale plays in the United States. However, the technology has not reached full acceptance. Part of the issue is that the drivers behind UBD’s use have been as heterogeneous as the unconventional formations that companies are using it in.

In heavily fractured formations, users say the underbalanced method makes horizontal drilling easier and reduces mud costs by eliminating loss of circulation problems. This also tends to result in less rig time per well as it increases the rate of penetration (ROP). Rather than use UBD in the production section, some unconventional operators only use it for tophole drilling and then go overbalanced before reaching the reservoir. In optimal cases where UBD is used in the pay zone, enough oil can be produced and sold while drilling underbalanced that it can cover the entire cost of the drilling operation and then some.