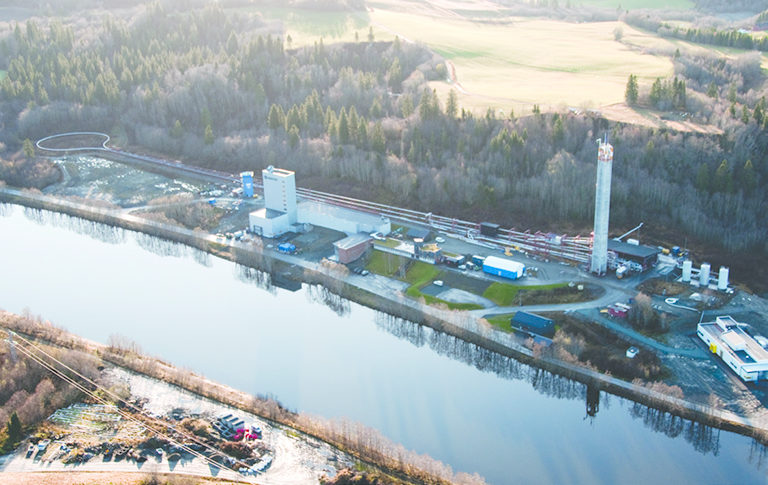 Image courtesy of SINTEF (The Foundation for Scientific and Industrial Research).
Schlumberger’s Olga multiphase flow model was partly developed based on experiments carried out at the the Multiphase Flow Laboratory at Tiller, Norway that features a main flow line loop and 60m high riser tower.

Created by the Institute for Energy Technology in Norway in 1979, Olga was the oil and gas industry’s first transient multiphase flow model. A source of national pride, the program has been declared one of the country’s most important innovations in recent decades. Transient models simulate what may happen to a production system over any given length of time, be it minutes, days, or years. This allows operators to plan for events, such as shutdowns and restarts, for nearly the whole life of an offshore facility. Olga is also used in engineering design, operator training, and real-time production monitoring.

Dag Biberg, a Schlumberger advisor who works on the Olga modeling program, estimated the model has been used on thousands of pipelines and offshore wells. Olga is credited as a key enabler for the economic development of many fields, including the Shell-operated Ormen Lange subsea gas field, where the wellstream is transported over uneven and steeply inclined terrain by two pipelines to an onshore processing facility in Norway.

Biberg said the development of Olga, acquired by Schlumberger in 2012, has come through many small steps spanning decades of research and development. “Only occasionally do we have real step changes,” he said.

The single independent riser (SIR) is a hybrid riser configuration optimized for ultradeepwater field development. The SIR is composed of a flexible jumper and a rigid part vertically tensioned by means of distributed or continuous buoyancy.