Can Waste Water Be Disposed of Safely? 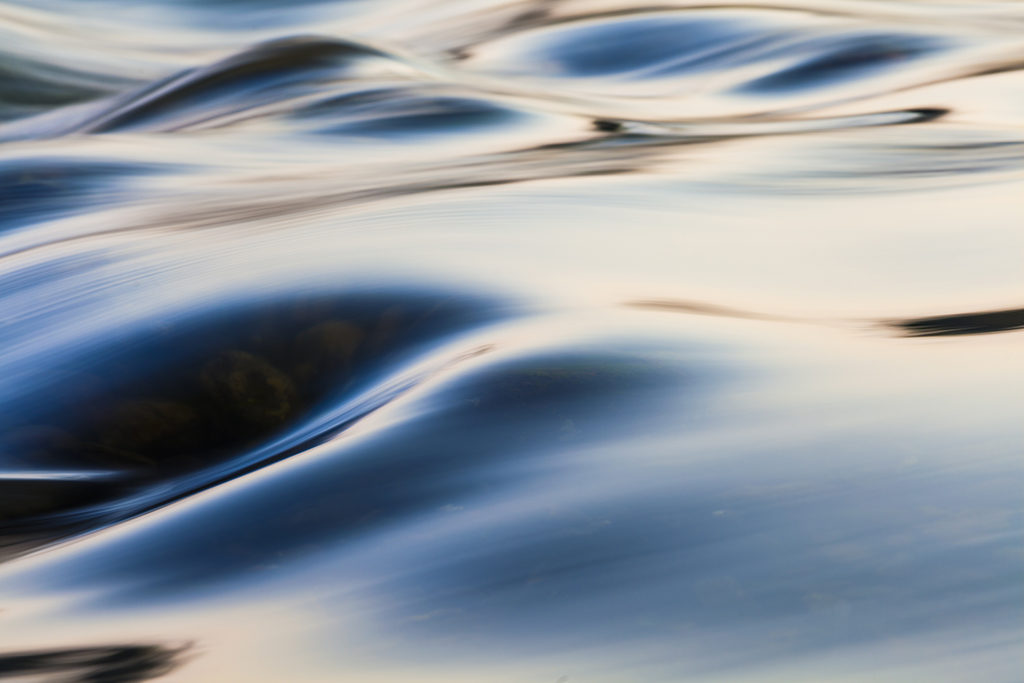 Shale oil and gas wells use a lot of water in fracturing operations. Each well may use up to 8 million gallons, and as much as 35% of this can return as flowback water. Safe disposition of this waste water is an industry priority especially because of the widely reported past missteps in Pennsylvania. Safe disposition is completely feasible and, in fact, is being broadly practiced today.

The Nature of Flowback Water

Even if fresh water is used as the base fracturing fluid, what returns to the surface is salty. This is because the water found in association with hydrocarbons has high salinity. Shale oil and gas flowback water salinity typically range from 16,000 parts per million (ppm) to more than 300,000 in some instances. For comparison, sea water runs around 35,000 ppm. The chemicals introduced into the fracturing fluid will also be present in some proportion. These will be low in concentration because even the original fracturing fluid contains only up to about 0.5% chemicals.

Finally, one could also encounter species present in subterranean rock. These could include aromatic compounds (such as benzene) and radioactive species. Some state regulations, such as the ones pending in North Carolina, prohibit the use of aromatics in fracturing fluid so, if present, they could only have come from the subsurface. The same holds for radioactive species. In most instances, subterrestrial bacteria will also be present. All of these render the flowback water unsuited for direct discharge.

Flowback water may be reused to formulate fracturing fluid for the next operation. But since only about a third of injected water returns, additional water is needed (makeup water). In the early going, reuse was rendered costly due to the need to desalinate down to fresh water. However, more recently, all service companies have announced that they can tolerate salinities in excess of 250,000 ppm.

To accomplish this they had to invent substitutes for certain chemicals. In particular, these were the cross-linkers (for thickening the gel in the fluid to fracture the rock more effectively) and the breakers (the chemical that breaks down the cross-linked gel to thin it for removal at the end of the operation). This salt tolerance suggests that even the makeup water could be a salty water of convenience rather than fresh. Brackish water is ubiquitous in shale oil and gas operations and yet few companies use it. Not using fresh water would go a long way toward community acceptance of the operations.

While salinity per se may not be a bar to reuse, some treatment may be required. The operator may choose to remove divalent ions. These tend to form scale and radioactive elements, and tend to concentrate in the scale even though the concentrations in the water may be too low to be a concern for personnel safety. Manual descaling operations could constitute an operational hazard if radioactive elements were present. Most operators would also attempt to remove the bacteria in some way. But these operations are straightforward. Divalent ion removal is known as water softening, found in many homes using well water.

One of the most cost-effective methods for disposal of wastewater is discharge into selected subsurface zones. This is done in wells specified by the EPA and known as UIC Class II injection wells. They are further monitored by state environmental protection agencies. In the best situations the cost can be as low as USD 0.25 per barrel. The costs can be higher and some geologies are unsuited for this type of activity. Most of the Marcellus and Utica falls in this category. In such areas reuse is the dominant practice. However, at some point disposal is needed and in these areas the wastewater can be trucked considerable distances for disposal in available UIC Class II wells, sometimes in a neighboring state.

While an effective disposal in UIC Class II wells have been associated with earthquakes, with the right measures the earthquakes are avoidable. However, these measures are as yet not in place in the regulatory scheme.

One of the errors reportedly made in the Marcellus was the dispatching of flowback water to municipal water treatment facilities. These facilities rely on beneficial bacteria to do the cleanup of municipal wastewater. These bacteria do not survive in high salinity. Consequently, operations were affected. Desalination is a key step toward any disposition.

The workhorse method for desalination is reverse osmosis, commonly abbreviated RO. The salty and fresh sides are separated by a specially designed membrane that allows only small molecules such as water to go through. Ordinarily, osmotic pressure will cause the fresh water to migrate across to the salty side. This is because water on the fresh side is in a higher energy state and wants to migrate to a lower energy state, much as water flows downhill. This is not the desirable outcome because we are attempting to produce fresh water from the salty side. This is accomplished in RO by applying pressure up to 1200 psi. The pressurized salty side now has water at a higher energy state and so water molecules migrate through the membrane to the fresh side.

This migration of water due to induced pressure has limits. Above a certain pressure the energy expended is not economical. Consequently, it is not cost effective to continue to desalinate after the salty side concentrates to about 80,000 ppm. This residual brine has to be disposed of. In areas near the ocean where seawater is being desalinated the brine is distributed into the ocean, although that is meeting some resistance when coral are present. An important outcome of this limitation on RO is that it cannot be used for the vast majority of flowback water in areas such as the Marcellus, where the starting point is often in excess of 50,000 ppm. However, for lower salinity produced waters this is still the technique of interest. In such situations, there are two outcomes for the reject brine. One is to directly inject into UIC Class II wells. The other is to treat it a bit before doing so. This can be accomplished by evaporating some of the water. The residual brine is targeted to be in the vicinity of 200,000 ppm and can now be deep injected. Where deep injection is not feasible, some operators choose to evaporate the water to the point of crystallizing the salts. These salts are sometimes used for road deicing in winter.

Forward osmosis (FO) is a newer technique. The freshwater side of the membrane has a constituent added that reduces the energy of the water portion. The water molecules on the salty side now migrate across to a perceived lower energy state. Eventually the special constituent is removed in some fashion, leaving behind fresh water. Finally, one of the newest technologies is that of membrane distillation. Here the membrane is designed to allow only vapor to get across. Heat is applied to the salty side and water vapor traverses the membrane on to the fresh side. One feature is that waste heat can be used to effect the transfer.

Aside from desalination, waste­water may have to be treated for removal of other constituents depending upon the final purpose. Standard processes are available for the removal of volatile organic compounds, heavy metals, radioactive elements, and bacteria. Generally these functions, as well as the desalination, will be performed in special treatment facilities permitted for the purpose, not municipal water facilities.

Flowback water and other produced water can be disposed of in an environmentally secure fashion. Flowback water is most advantageously reused for fracturing because doing so is cost effective and reduces the need for fresh water. Unusable waste water can be disposed of safely in deep injection wells. It can also readily be treated for surface discharge or some other purpose.

Vikram Rao is executive director of the Research Triangle Energy Consortium (www.rtec-rtp.org), a nonprofit founded by Duke University, North Carolina State University, RTI International, and the University of North Carolina at Chapel Hill. Its mission is to illuminate US national energy priorities, and those of the world by extension, and to catalyze research to address these priorities.

Rao advises the nonprofit RTI International, venture capitalist Energy Ventures AS, and firms BioLargo Inc., Global Energy Talent Ltd., and Integro Earth Fuels Inc. and serves on the Science Council of Royal Dutch Shell. He retired as senior vice president and chief technology officer of Halliburton in 2008. He also serves as chairman of the North Carolina Mining and Energy Commission. His book, Shale Gas: the Promise and the Peril, was released in 2012 by RTI Press and can be found at www.rti.org/shalegasbook. Written for general audiences, it is intended to inform the debate on fracturing for shale gas.

Can Waste Water Be Disposed of Safely?