Moorings Replacement and Hookup for a Damaged North Sea FPSO 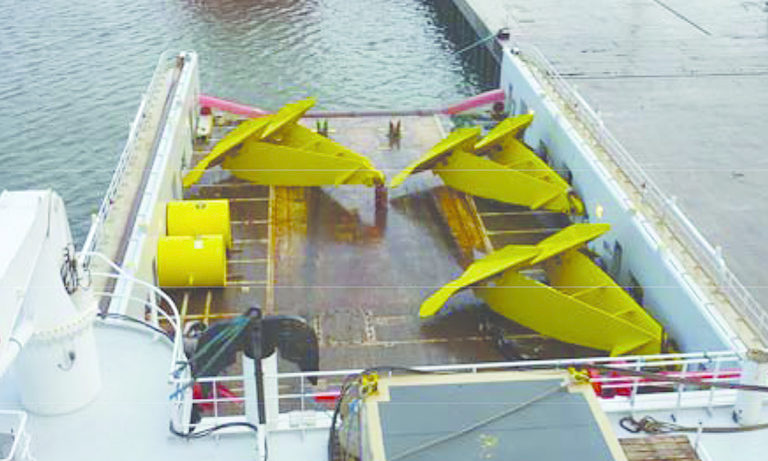 In a North Sea storm during February 2011, the Gryphon Alpha floating production, storage, and offloading (FPSO) unit broke four of its 10 mooring lines and moved partially off station, resulting in damage to subsea assets. Following the incident, the FPSO was taken to dry dock for replacement of the damaged subsea infrastructure and moorings. This paper describes the measures put in place so that the mooring system could be replaced and the FPSO reconnected on an efficient schedule.

In September of 1993, the Gryphon Alpha became the first purpose-built long-term-moored FPSO to be installed in the North Sea. The unit is located 175 miles northeast of Aberdeen in a water depth of 112 m. Gryphon has a somewhat unusual layout in that the turret is located forward of midships (Fig. 1). Five fully azimuthing thrusters—two forward and three aft—are used to provide heading control. Each mooring line has its own windlass and azimuth swiveling-gypsy-wheel assemblies provided at the base of the turret. It is therefore relatively easy to adjust mooring-line tensions and lengths compared with other turret designs. A drag chain is provided for fluid transfer from the wells. This means rotation of the FPSO is limited to 270°, either clockwise or counterclockwise from the vessel’s neutral heading of 225°. During the original installation, the FPSO was provided with 10 all-chain mooring lines consisting of 84-mm studded chain attached to 35-t drag-embedment anchors.

This article, written by JPT Technology Editor Chris Carpenter, contains highlights of paper OTC 25322, “Gryphon Alpha FPSO: Experience Gained During Moorings Replacement and Hookup,” by Fred J. Toal and John G. Martin, Maersk Oil, and Martin G. Brown, Ian M. Lindsay, and Robert Sinclair, GL Noble Denton, prepared for the 2014 Offshore Technology Conference, Houston, 5–8 May. The paper has not been peer reviewed. Copyright 2014 Offshore Technology Conference. Reproduced by permission.
...
This article is reserved for SPE members and JPT subscribers.
If you would like to continue reading,
please Sign In, JOIN SPE or Subscribe to JPT

Moorings Replacement and Hookup for a Damaged North Sea FPSO

The Anchor development in the US Gulf of Mexico is the first ultra-high-pressure project requiring 20-ksi operating pressure to reach a final investment decision.

The resignations come as the company makes downward revisions to its production guidance after a disappointing performance from its TEN and Jubilee fields offshore Ghana.