Energy Research Funding: The Next Generation 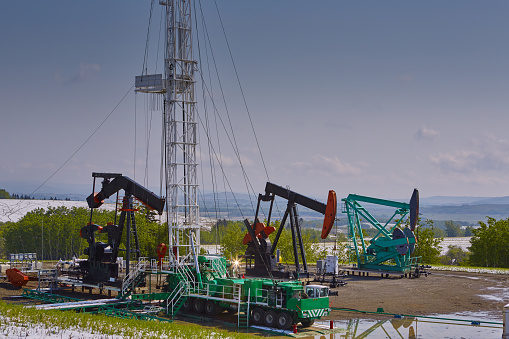 When Tom Williams was hired as president of RPSEA, one of the first things he did was change the title of the technology development organization’s September conference. At the end of "The Best of RPSEA 10 Years of Research," he added, “and beyond.”

The decision was made shortly before the September gathering because he said the original made it sound “like a funeral. You are saying 'this is it.'”

That was a worry because the organization had failed to find funding to replace the dwindling cash flow from a US Department of Energy (DOE) program that US Congress had killed before it was scheduled to expire.

Since he replaced James Pappas, who retired, Williams has been on the hunt for new sources of support for an organization whose mission is to be “a low-cost manager and facilitator of research and development.”At the meeting Williams emphasized, “It is not it. We are a viable organization that will keep going.”

The business plan, based on advice from the consulting firm HBW Resources, streamlines the organization by merging multiple programs into two areas, onshore and offshore, and shortening its name from the Research Partnership to Secure Energy for America to just RPSEA (pronounced “Rep-Sea”).

One of the company's selling points is its strong connections with exploration and production companies, which offer experts, test sites, and support for projects. “You cannot do research without an operator involved because it will never get applied,” Williams said.

RPSEA is trying to find a positive in the brutal business environment. “At a time when money is tight” RPSEA can use its credibility and connections with academia, industry, and government to create cost-effective R&D partnerships," said Jack Belcher, the executive vice president of HBW Resources, who is also currently RPSEA’s business development manager.

It will need multiple sources of support from government and private sources. Williams has made progress in this while building the Environmentally Friendly Drilling Systems program, which has been working on ways to shrink the impact of unconventional drilling.

Both organizations regularly put together research projects with government funding, often touching on issues related to regulation, such as safety and health, and that work is expected to grow.

Williams said RPSEA has identified additional funding sources and has bid on funding for work with industry associations, the US Environmental Protection Agency, and the US Bureau of Ocean Energy Management.

RPSEA is reviewing the approximately 150 projects done in the past for DOE, looking for those where small amounts of added funding could allow promising ideas to move toward commercialization or field testing, he said.

And the company is building a database of the reports and stories written about past projects in publications – such as this one – making them easily searchable for the first time.

The new RPSEA leader is working overtime to build bridges and reestablish the cash flow the organization needs to keep its staff working, with the goal of getting bigger.

Soon after the meeting, Williams was off to the Groundwater Protection Council which was looking to meet environmental regulators in oil and gas states. He also wanted to identify questions that RPSEA can help answer with the GPC’s support.

“You can’t be afraid to ask for some things,” he said.

This article appears in the November 2016 issue of JPT.

Energy Research Funding: The Next Generation