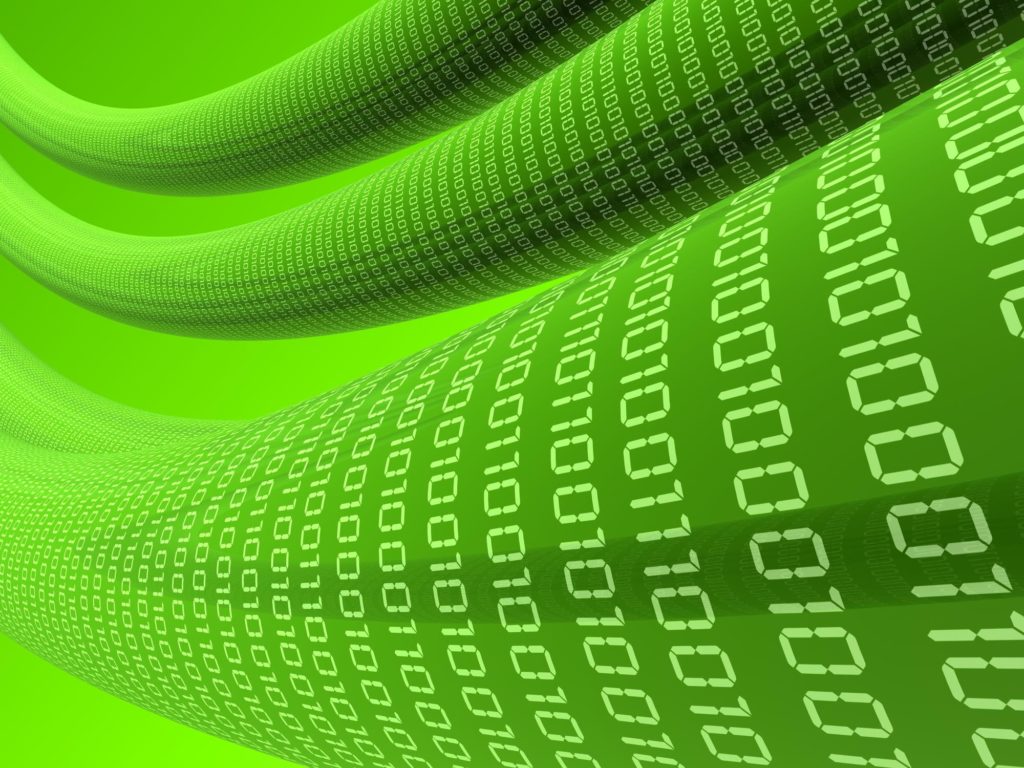 Although early inflow control devices and intelligent completions (ICs) were introduced almost 20 years ago, completion technology has not kept pace with advancements in drilling technology.

Today, wells completed in multilayered reservoirs, multilaterals with compartments of varying pressure, and ­extended-reach drilling (ERD) with wellbores as long as 12 km are becoming common. In complex, hard-to-reach reservoirs and tighter formations, operators need to maximize reservoir contact in every well to optimize reservoir drainage and minimize costs. Yet the evolution of ICs has lagged, creating a technology gap with significant ramifications.

IC reliability has been steadily increasing over the years, reaching more than 97% for the life of the well in many applications. Most permanent downhole monitoring and control solutions still consist of a separate “kit” of products rather than an integrated system.

Traditional IC systems lack sufficient real-time measurements in individual producing zones to facilitate “cause and effect” decision making. Without detailed compartmental information and control in case of water or gas breakthrough, operators are forced to restrict production, intervene, and in some instances work over the entire well.

Until recently, there has been no way to maintain production from other unaffected zones during the long diagnostic process of production logging, well testing, interpretation, and execution of an appropriate well intervention. The typical optimization cycle substantially raises operating costs while delaying vital production for weeks or months.

Consider Saudi Aramco’s experience with ICs in remote oil fields, where tight formations and a shortage of suitable surface locations drove the need to ­dramatically increase reservoir contact per wellhead.

Before 2007, the company had successfully drilled and completed a number of multilateral ERD wells, achieving more than 5 km (16,400 ft) of reservoir contact per well. These maximum reservoir contact (MRC) wells were completed with then state-of-the-art IC technology. Completions consisted of permanent downhole gauges (PDGs) and downhole flow-control valves (FCVs), which could be partially or fully opened or closed by hydraulic control lines from the surface. Monitoring and control stations were installed in the motherbore above the junction to each side lateral.

1) PDGs monitored only pressure and temperature, and these measurements came from an entire lateral or well, not from individual zones within each lateral. Thus, there was insufficient information to fully diagnose zonal issues without resorting to traditional costly and time-consuming interventions.

2) The need to install a separate control line from the wellhead to every hydraulically activated FCV imposed an upper limit on the number of ICs in each MRC well. Only three or four controlled laterals were feasible.

3) There was no ability to get power and telemetry into multilateral branches and allow effective zonal monitoring and control.

Saudi Aramco’s vision was more ambitious than that. The company’s Exploration and Petroleum Engineering Center Advanced Research Center issued an industry challenge in 2007 requesting an extreme reservoir contact (ERC) well containing 50 to 100 intelligent laterals to efficiently drain the reservoir and ultimately maximize economic recovery. The company’s goal since then has been to increase average reservoir contact to approximately 10 km (32,800 ft).

Saudi Aramco embarked on an 8-year collaboration with Schlumberger to develop next-generation IC technologies. The primary objective was to replace multiple hydraulic and electric control lines with one electric control line that could power a theoretically unlimited number of intelligent laterals. The result, commercialized in September 2015, is the Manara production and reservoir management system (Fig. 1).

The modular system is the industry’s first IC platform to enable simultaneous, real-time monitoring and control of up to 60 compartments in multilateral wells or extended-reach sections longer than 12 km (39,370 ft), using a single electric control line.

The system minimizes connection points and splices, simplifying installation and enhancing reliability. Compact stations integrate an infinitely adjustable FCV with sensors that measure water cut and fluid flow rate, as well as traditional pressure and temperature, in real time. The backbone to this innovative ERC solution is a set of robust, patented inductive couplers integrated into the casing or tubing, providing bidirectional power and telemetry between the upper and lower completion stages and across any number of lateral junctions.

By decoupling upper and lower completion stages, engineers can now reliably deploy the lower completion to any target depth by means of drillpipe, without fear of damaging the electric umbilical. This “two trip” method minimizes the risk of running completions in very long horizontal wells.

The upper completion is connected through an inductive coupler, which has a robust, debris-tolerant stab-in connector that requires no orientation or rotation. Stages can be connected and ­disconnected as often as necessary, simplifying upper completion workovers. For example, an electrical submersible pump or safety valve can be replaced without having to pull the lower completion. This inductive coupling connector system is inherently more reliable than wet connectors.

Integrated monitoring and control stations can be installed in each lateral or well section, and sensors placed before the FCV analyze the production characteristics of each compartment before commingling in the tubing. When water or gas is detected in a compartment, the FCV can be choked or closed to minimize undesirable fluid production.

Other compartments in front of or behind the problem compartment can continue producing uninterrupted. Additional logging and well testing are no ­longer necessary to allocate production or identify, isolate, and rectify the source of problems.

To enable production engineers to integrate, analyze, and act decisively on high volumes of real-time surveillance data from multiple laterals and compartments, a new intelligent software interface was developed, which is fully compatible with existing data infrastructures, provides automated well performance status, updates reservoir and production models, and recommends adjustments to continuously optimize recovery. Workflows that previously consumed weeks or months can now be completed in a day.

The all-electric system was jointly developed by more than 190 research and engineering experts from Saudi Aramco and Schlumberger. Two hundred fifty man-years were invested in research and development. More than 525 tests were performed to verify reliability and integrity, some as short as hours and ­others lasting more than a year.

Electronics were tested with more than 12,000 impact shocks at 250g, and ICs were subjected to horizontal drilling shocks at 210 rev/min for 100,000 revolutions. The variable choke on the FCV survived high-pressure erosion tests including 40 tons of sand.

Such extensive testing was a minimum requirement to field a permanent electrical system in the harsh environment where its use was planned.

After years of development, testing, and refinement, the first fully electric IC system was installed in two wells in the Shaybah oil field of the Rub’ al-Khali desert, 800 km southeast of Dhahran, Saudi Arabia, during 2015. The field is surrounded by mountainous semicircular sand dunes as high as 200 m (656 ft). Multilateral wells are distributed across the oil rim between a large gas cap and the underlying aquifer.

The conventional IC configuration for a trilateral well consisted of a dual pressure and temperature gauge for the entire well, with three downhole FCVs and four mechanical control lines. The conventional FCVs were run with packers in the motherbore, and flow control was only possible for a whole lateral. Instead, six integrated measurement and control stations were run, two in each lateral, powered by four inductive couplers and a single electric control line (Fig. 2) for a modest 6 km of total reservoir contact.

The system’s hardware and software successfully demonstrated that an operator can optimize well production rates zone by zone using a “cause and effect” methodology. This is different from conventional hydraulically controlled ICs, where reaction times are slow and performance data are limited.

By analogy, fine flow control is the “hands” and quick sensors are the “eyes.” The new technology means there now is a simple system for optimizing well performance on the fly. No predictive or interpretive models are needed. All that is required is to start “driving” the system: make changes, observe the response, and make further changes until the desired optimization is realized.

The fast-response iterative method by which the system is used is very natural to the way that humans think, and makes it easy to operate. New personnel can run the system successfully with a few minutes of training.

This style of control and sensing showed promise very early. During the initial flowback, a high drawdown condition occurred on one low-­permeability compartment, which caused free gas to develop. The condition was quickly detected by three separate systems: drawdown pressure monitoring, the system’s permittivity sensor, and gravimetric PDGs in the well tubing. Adjustments were made to correct the condition and balance production from each compartment of the lateral at very different drawdowns.

Had this been a single conventional lateral, the tight area would have produced almost nothing, but the additional compartments and fine flow control enabled different compartment drawdowns in the same lateral. The production could still be balanced even though the compartment permeabilities were different.

The well was then optimized to give uniform influx (flow per unit length) for all six compartments. Using the variable orifice FCV and the venturi flowmeter, each compartment was simultaneously adjusted to a target flow rate by tweaking the orifice settings and watching results until everything was on spec. This was a remarkably intuitive approach to well flow allocation, which required no workflows or predictive modeling. It was only necessary to drive the system until the desired results were achieved.To date, the industry-first system has been installed in four wells. It allows operators to access untapped reserves at extreme distances with existing facilities and develop fields with fewer wells. The system enables operators to immediately identify problematic zones, diagnose the cause, and rapidly adjust downhole valves to keep wells on production, which reduces capital and operating expenses while increasing return on investment.