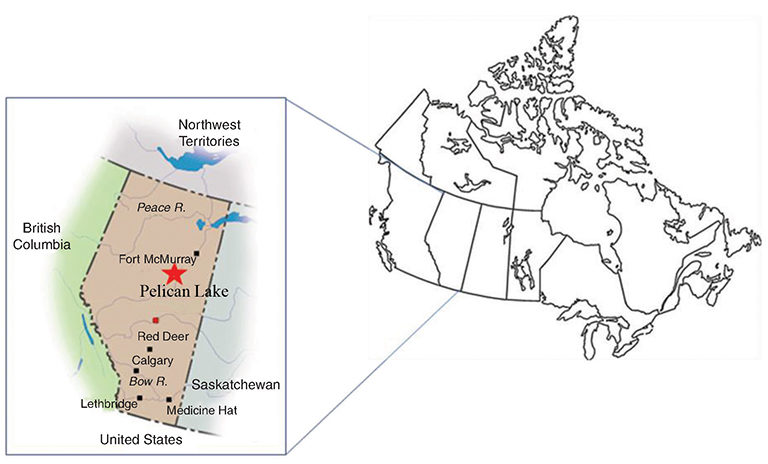 Initially, polymer flooding had not been considered as a viable enhanced-oil-recover (EOR) technology for Pelican Lake in northern Alberta, Canada, because of the high viscosity of the oil until it was considered in combination with horizontal wells. Polymer flooding generally has been applied in light- or medium-gravity oil, and, even today, standard industry screening criteria limit its use to viscosities up to 150 cp. Pelican Lake is the site of the first successful application of polymer flooding in much-higher-viscosity oil (1,000–2,500 cp).

The Pelican Lake field, approximately 250 km north of Edmonton, Alberta, Canada (Fig. 1 above), was discovered in 1978 and started producing in 1980. With more than 6 billion bbl of oil originally in place (OOIP) and a primary recovery estimated at less than 7%, it presents a significant target for EOR. But it is also a challenging reservoir with high-viscosity oil in a thin formation.

The reservoir-depletion mechanism is solution-gas drive, but initial reservoir pressure was low and there is very little dissolved gas, so there is little energy in the reservoir. Because the oil is also viscous (from 600 to 80,000 cp), primary recovery is low, approximately 5 to 10% of OOIP. In addition, the reservoir is thin (an average thickness of 5 m). As a result, the first wells drilled in 1980–81 were not economic.