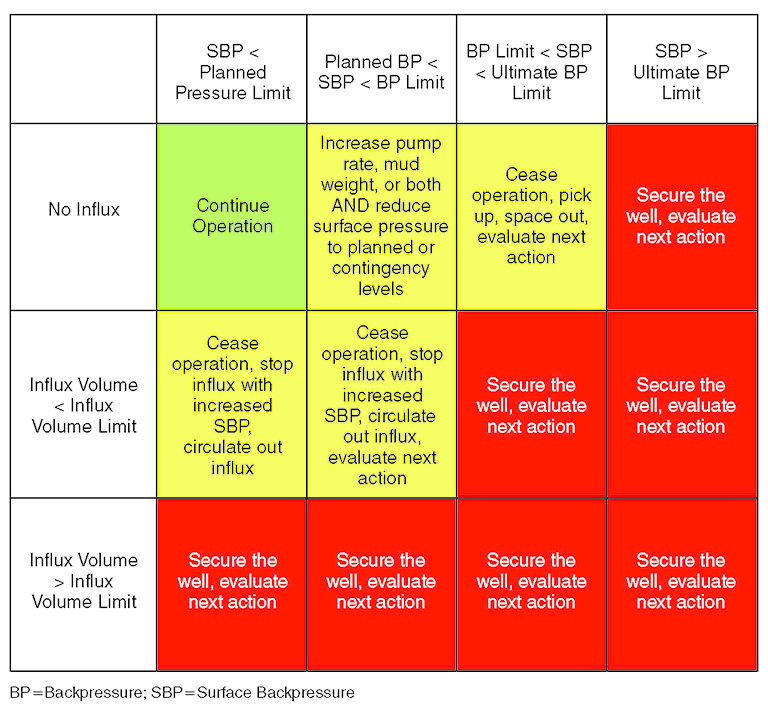 This is an update on several managed-pressure drilling (MPD) technologies and downhole drilling performance-enhancing tools in use onshore and is the first of a two-part series. The second article on offshore MPD technologies will appear in the February issue of JPT.

Numerous recent advances in managed-pressure drilling (MPD) technology have led to the increased use of MPD and an expanded repertoire of solutions for a variety of drilling challenges.

This article will focus on several such advances in onshore drilling, including new rotating control devices (RCDs), additional MPD applications, new downhole tools activated by radio frequency identification (RFID), and a rate-of-turn gyroscope, which is based on a micro-electromechanical system (MEMS) and uses smart algorithms to alert drillers when harmful rotational dynamics are occurring in the drillstring.

The hydraulics of conventional drilling was founded in the Spindletop field in Beaumont, Texas, circa 1901. After the initial gushers, the celebration of such quickly waned, and the industry learned to drill with a weighted fluid—literally mud from a cattle pond at the time—to enable drilling into the reservoir without inviting a blowout. The rig pumps returned mud and cuttings to an open-to-atmosphere drilling nipple beneath the rig floor.

Thus, the hydrostatic head pressure of the annulus returns column became the primary well-control barrier. A precipitous fall of the returns compromises that barrier and an overflow signals a potential well-control situation.

For more than a century, this system has served the land drilling industry well. However, most of the “easy” prospects that can be drilled that way have already been drilled. An inherent weakness of the system has become more troublesome, and a growing number of otherwise promising prospects have proved undrillable with the conventional approach. The only way to adjust the pressure on the exposed formation without interrupting drilling is to change the circulating rate, which slightly increases or decreases the equivalent mud weight (EMW).

The closed-loop system of MPD adds an important component to the equation, enabling more precise management of the wellbore pressure profile, whether circulating or not. EMW may be managed with mud pumps on the front side or with discrete applications of backpressure on the back side. Specialized enabling tools include a fit-for-purpose RCD, nonreturn valves in the drillstring, and a dedicated drilling choke manifold. The choke may be manual, semiautomatic (a typical hydraulic or more precise electric set-point choke) or automatic (controlled by programmable logic). EMW complements the primary well-control barrier.

The root concepts in mud drilling programs have been evolving for decades. When they were introduced to the offshore industry in 2003, the term of MPD was coined and the various onshore-proven techniques were categorized as variations of it. These include

Applications may be tracked by the rentals of the RCD, a key enabling tool. In fact, the evolution of MPD has occurred in lock-step with the availability of suitable RCD designs, enabling its safe practice on all types of rigs. Weatherford’s history of providing RCDs dates to 1968 and today, it offers a wide range of designs for land drilling programs. As needs change, new designs continue to evolve. The company plans to introduce two new designs:

Today, more than 80% of US land drilling programs drill at least one section with an RCD. The tool is required when drilling with compressible fluids such as air, gas, mist, or foam and for underbalanced drilling, in which reservoir fluids are intentionally produced to surface while drilling. About half of the RCD use is for executing one or a combination of the MPD variations in mud drilling programs, in which reservoir fluids are not invited but suppressed as needed by means of surface backpressure.

However, many of the experienced drillers who pioneered the techniques and enabled the broad acceptance of surface backpressure applications are leaving the workforce. They were the ones who learned from practical experience when to abandon MPD and engage secondary well-control procedures. Knowing how much is too much was considered “just good drilling practice.”

Today, less experienced personnel are making that call, potentially increasing the risk of a well-control incident—a higher risk of which the front office may be unaware. The development of an MPD well-control matrix (WCM) can be a very useful tool for rig personnel and off-site decision makers, defining a clear and mutually agreed prior understanding of the triggers for shutting in the well. Whether informally or formally developed during a hazard identification/hazard and operability planning process, a WCM may play a key role in maintaining the MPD’s commendable track record on well-control incidents.

When drilling with a conventional system, upon indication of an influx, the drillstring is lifted off bottom, circulation is stopped, a flow check is performed, and if the well is flowing, it is shut in. The influx is then circulated out through the rig choke at a reduced circulating rate.

With MPD, when kicks occur, they are typically smaller, contained more quickly, and, in some cases, may be circulated out through MPD equipment while drilling. Over time, as confidence increased, it has become common to drill ahead while kicks are circulated out. Whether or not the process is called MPD, kicks have often been handled routinely without special preparation.

However, a properly prepared CBHP MPD WCM has the potential to add significant value in that it clearly defines when it is acceptable to kill the well dynamically. The matrix may also be applicable when practicing the RFC variation of MPD in which applications of surface backpressure are not intended. The pressure and influx volume values for triggering a shut-in would be much lower than those applicable to CBHP MPD, but engaging the process raises an awareness of emphasis on well control during a conventional mud drilling program.

If it is advisable to create a WCM, the process should be engineered properly and agreed upon by all stakeholders, on site and off site, before operations begin. Fig. 1 (above) is a generic template used to define pressures and volumes that can be handled safely without reverting to secondary well control.

When CBHP or RFC MPD is being practiced with a state-of-the-art programmable logic-controlled (PLC) automated choke system, several improved applications have evolved that add value to the drilling program. These are

The Weatherford RipTide drilling reamer is the industry’s first high-technology, intelligent drilling underreamer (Fig. 2). Fitted with radio frequency identification (RFID) technology, the underreamer is activated and deactivated on demand multiple times while tripping or drilling. The ability to control the underreamer when the premium polycrystalline diamond compact (PDC) blocks are deployed during borehole enlargement operations is a key to increasing drilling efficiency.

The JetStream circulation sub, which has an RFID-activated circulating valve, enables essentially unlimited opening and closing without the need for flow-restricting mechanical actuation devices such as ball seats. This provides full-bore pumping and improved hole cleanup at higher annular velocities.

Most recently, Weatherford has introduced the RipTide Rathole Killer, an underreamer based on the RipTide RFID technology and designed for placement between the bottomhole assembly’s (BHA) measurement-while-drilling (MWD) tools and the rotary-steerable system (RSS). Unlike the conventional RipTide reamer that is placed above the MWD assembly, the Rathole Killer is opened and closed by means of a pump-cycle activation to underream the rathole section of the well. The tool’s position in the BHA allows for a significantly shorter rathole (a short distance above the RSS), without having to trip out of the well for a dedicated cleanout run.

As a substitute for accelerometer- and magnetometer-based revolution per minute (rev/min) measurement devices, smart algorithms downhole are used to interpret raw data and send an indicator to the surface when conditions require attention. The device’s sensor measures the downhole angular rotation rate with unprecedented clarity and is yielding new insights into drillstring dynamics. Its 1,000‑Hz sample rate and high bandwidth enables the detection of high-frequency torsional dynamics typically undetectable by conventional downhole rev/min measurement devices.

For example, a warning is triggered if an instantaneous backward rotation, which is damaging to a PDC bit, is detected. Such real-time information enables more timely mitigation strategies, which reduce the burden on the drilling crew and maximize the telemetry rates available for formation evaluation and well trajectory information.