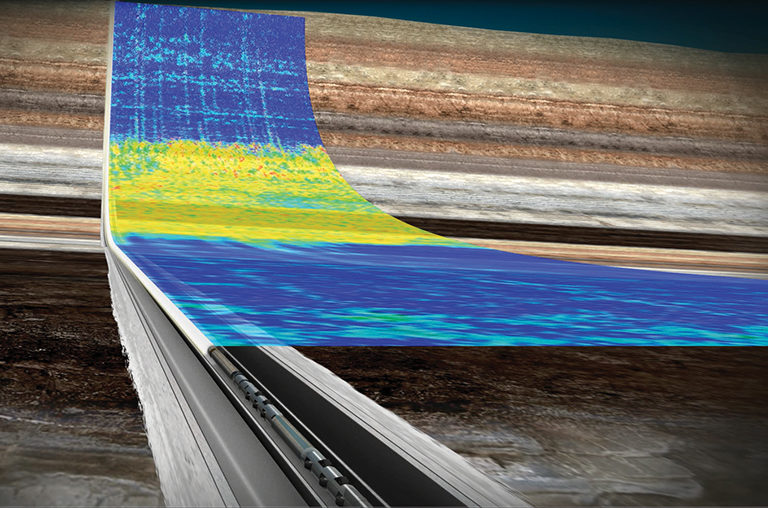 Fig. 1—A screen display generated by the Z-Line system as run in a highly deviated well.

However, many fibers have been installed only above the production packer and thus are unable to monitor the dynamic changes in the reservoir. During the past several years, Ziebel has developed well intervention technologies for obtaining DFO data from wells without permanent fibers, wells in which fiber installations end above the production packer, and wells in which installed fiber systems have failed.

The company offers two methods of collecting this data. They are as follows:

So far, the data obtained by these two technologies have been used largely for water and polymer injection allocation, optimizing production, or for monitoring well integrity. Looking ahead, the company plans to expand the use of these technologies to monitor sand production and downhole injection processes in real time to assess stimulation efficiency. Improving the interpretation of DFO data remains a major focus.

Existing techniques for detecting produced sand are primarily limited to surface detection by acoustic sensors. While sufficiently accurate and timely to warn of a developing problem downhole, these methods are unable to determine the depth from which the sand originates, an essential factor for planning remedial treatment.

Running a point measurement acoustic tool on a wireline, well tractor, or CT for horizontal boreholes, can identify sand ingress if the probable areas of interest are located and investigated at different production rates and choke settings. Sand ingress will only be triggered above a particular drawdown pressure or flow rate for each producing zone. Acoustic tool surveys are costly and time-consuming, especially if high deviation requires the use of a well tractor or CT. The DFO is a more robust, less costly sand ingress detection method.

The ability of a DFO method to accurately detect sand-producing zones has been successfully shown by the use of a distributed acoustic sensing (DAS) equivalent measurement on a permanent fiber installation (Mullens et al. 2010). In this case, even though the fiber in the permanent installation was specified for distributed temperature sensing (DTS) rather than DAS, and the control line carrying the fiber-optic cable was partially sheltered from the direct flow, the acoustic energy signal at sand entry intervals was clearly evident. The onset of sand production was found to be controllable by adjusting the surface choke and, thus, the drawdown at the sand face.

This technique can be enhanced by placing the 15-mm carbon composite rod in the producing bore, instead of putting the fiber-optic cables in a control line that is clipped inside the shroud and surrounded by the gravel pack. The carbon rod carries four of the single-mode fibers appropriate for DAS and two multimode fibers for DTS.

Placed in the central producing bore, the rod will be struck by sand slug particles as they travel into the bore at right angles to the centerline of the well. The energy level of these collisions will be greater than those occurring downstream as the sand particles travel up the wellbore parallel to the rod. Those later collisions are similar to the particles “scraping” along the rod rather than striking it.

Sand entry will be observed as zones of greater acoustic energy on the DAS signal-to-noise plot. In addition, when processed into ⅓-octave frequency bands, the sand particle impacts will be clearly distinguished from fluid-related flow. The energy distribution and frequency spectrum may vary according to particle size and slug velocity.

To detect the location of the sand and better understand the point at which problematic sand production begins, it is important to monitor the pressure fluctuations closely during production. Various slugs are easily identified with the DAS system. In addition, the pressure fluctuations, in combination with the slug detection, can be used to identify the location of the slug, its point of origin, and its velocity. These slugs can be followed all the way to the surface (Fig. 2).

To confirm that the right sand-bearing slugs have been identified, it is important to measure the sand content on the slug’s arrival at the surface and, therefore, have an unequivocal link back to the zone of origin. As a result, the acoustic visualization will be clear and verified, and the failure area of any sand screen completion will be readily identified. The DAS survey will also provide real-time feedback to determine the surface choke setting required to manage the problem.

The carbon rod DFO intervention system can withstand the pressures and flow rates of bull-headed stimulation treatments pumped into a well through a surface flow head or fracturing head. The  rod can withstand the full range of drag forces and is chemically resistant to, and compatible with, common stimulation treatments such as acid washes and scale inhibitor mixes.

With the rod stationary and extending to (or beyond) the bottom zone designated for treatment, the pumped treatment can be tracked down the well in real time on the DAS display, with delivery to its target zone(s) verified and the information available to the pumping company and operator. In this way, they will know immediately if a repeat treatment is necessary, rather than having to wait and possibly rig up a second time.

The use of the DFO technique for real-time monitoring of fracture treatments in unconventional reservoirs has drawn interest from operators. Permanent fiber-optic cable systems installed over the reservoir have clearly shown their ability to monitor and track the placement of fracturing fluids with DAS.

Such fiber installations must be made either with a sliding-sleeve completion with no need for perforations or with a “plug and perf completion” that uses oriented perforating, a complex and expensive technique, to avoid damaging the fiber. Intervention with the carbon rod eliminates these complications and expenses, and enables real-time monitoring of fracture placement.

A protective saver sleeve needs to be installed through the fracturing head to prevent the potential erosion of the carbon composite rod, because of the turbulence and high velocity of the proppant-laden fracturing fluid.

Below the fracturing head, it is recommended that the fracture treatment maintain laminar flow down to the perforation zone or sliding sleeve(s). Erosion tests have confirmed that the carbon rod will have minimal loss of material from the outside-diameter surface, which is acceptable for maintaining integrity and sealing ability while pulling out of the hole.

The carbon rod application that especially interests operators is for chemical fluid diversion in refracturing treatments. Treatments must be delivered to producing zones and not to zones that have failed to produce, but remain open and cannot be isolated mechanically. The identification of an ineffective diversion during a refracturing treatment will enable quick, on-the-spot adjustments to downhole events.

The information received from fiber-optic distributed measurement can be used to learn more about the dynamic variations in the reservoir than is possible with traditional technology. The ability to observe the well in its entirety at any time in real time delivers a new level of information for procedures such as fine-tuning production or optimizing injection rates.

A new viewer application called Ziebel onZite provides the company and its customers with a collaborative environment for discussion and analysis of information so that it can be used most effectively. A more advanced viewer with greater capabilities is being developed to operate in a manner similar to Google Maps. During raw DAS data processing, the high-resolution frequency spectrum is created from a Fast Fourier Transform algorithm.

In addition, many images, or web tiles, are created and populated on a time and depth scale at multiple frequencies and zoom levels to maximize the information flow. The purpose is to provide as much information for analysis in the decision-making process as early as possible.

Advances in downhole data acquisition, such as DFO, offer operators the opportunity to view all activity downhole simultaneously in a manner that fundamentally changes the process of well surveillance. This is a critical development that signals a noteworthy step forward in the industry’s quest to improve its understanding of well and reservoir behavior.