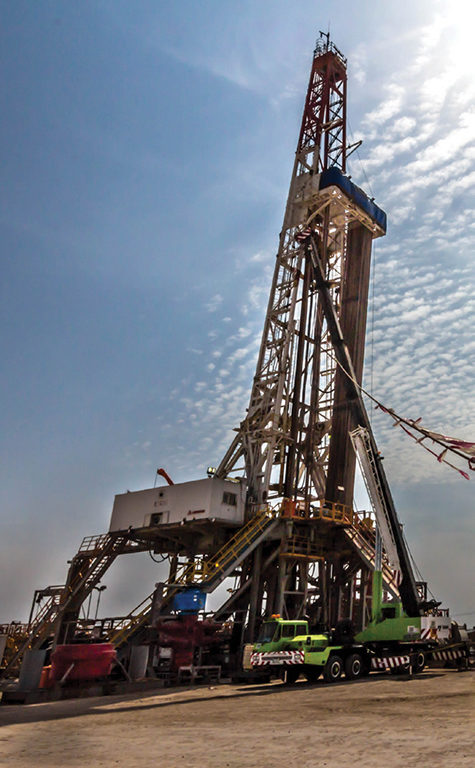 Source: Getty.
A drilling rig stands idle near Basrah, Iraq. Since the downturn began in 2014, OPEC’s second-largest producer has suffered from a major cash crunch that is testing the limits of its service contracts with foreign operators.

Iraq is producing oil at record levels this year but low oil prices have cast doubts on the economic feasibility of its licensing contracts, which some analysts and policy advisers say are holding back higher output.

International oil companies (IOCs) in Iraq operate under cost-plus contracts that require them to make upfront investments before seeking government reimbursements and a per-­barrel fee for their profit. This model has enabled the country to reach a new production benchmark of 4.8 million B/D—an achievement diminished by the fact that Iraq’s export revenues have plummeted by more than two-thirds in the past 2 years. As a result, reimbursements owed to the IOCs have ­ballooned from around 10% of the national budget to 25%.

Luay Al-Khatteeb, executive director of the Iraq Energy Institute and a fellow at the Columbia Center on Global Energy Policy, said both the government and the IOCs failed to prepare for the consequences of a possible downturn in the industry when they entered into the contracts in 2009–2010.