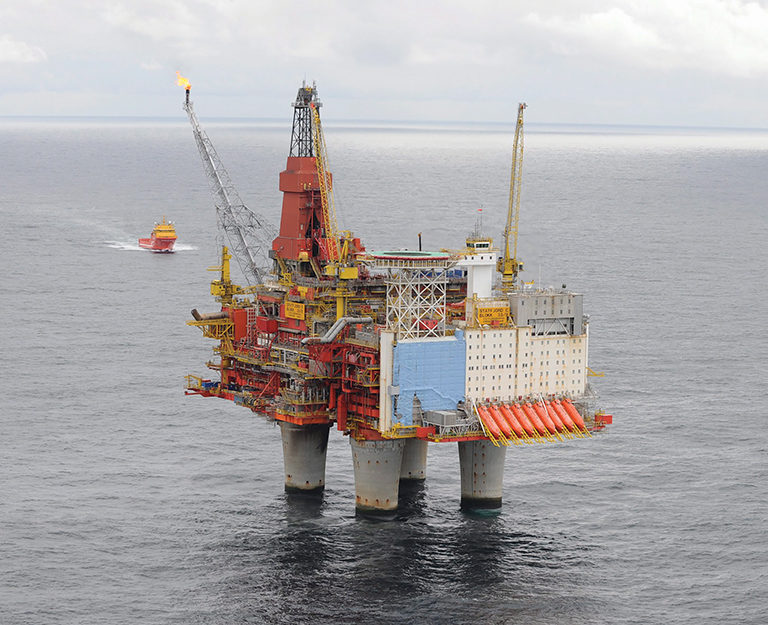 Photo courtesy of Harald Pettersen, Statoil.
The Statfjord C is one of the oldest producing drilling and production platforms in the North Sea, offshore Norway. Last year, Statoil installed DrillTronics on the platform in a first step toward “intelligent systems” to make drilling operations automated, efficient, and predictable, the company said.

For the past several years, automated drilling has promised to deliver major improvements in drilling performance. But the technology is facing new obstacles that might affect its progress and commercialization. Global oil prices and an ongoing gas glut have upturned the economics of automated projects, while in North America, human-operated drilling has improved substantially.

For Shell, those factors have caused it to scale back or cancel several projects in which automated drilling was to play a key role in the development of thousands of wells. This comes after years of headway the company was making with automated technology. In 2011, Drilling Contractor reported that the first generation of Shell’s automated control system had already shown a 70% improvement in rate of penetration (ROP) in areas where the company was testing the system. However, that figure is no longer relevant as human drillers in the US have narrowed the gap.