Comparison of Empirical and Analytical Methods for Production Forecasting 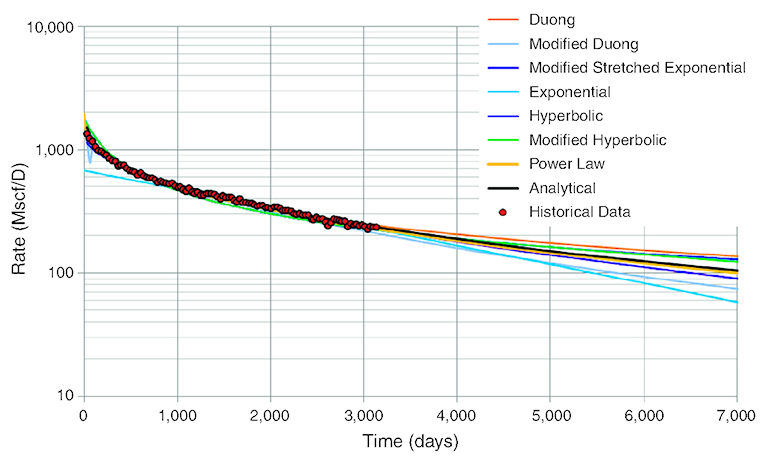 Fig. 1—Forecasts for Barnett wells after 8.6 years of production.

Decline-curve analysis (DCA) is arguably the most commonly used method for forecasting reserves in unconventional reservoirs. This paper discusses its basic theory and application, together with the potential pitfalls of using simple empirical production-forecasting methods in complex reservoirs. Production data from several US unconventional plays are analyzed, and production forecasting is carried out with the traditional Arps methods as a basis for comparison. The results are compared with analytical models developed for each play to determine the suitability of each DCA method.

At the most fundamental level, DCA involves fitting an empirical model of the trend in production decline from a well’s history and projecting the trend into the future to determine the well’s economic life and forecast cumulative production.

Arps Curves. The Arps decline model is established from the empirical observation that the loss ratio (the rate of change of the reciprocal of the instantaneous decline rate) is constant with time.

Power-Law Exponential (PLE) ­Method. The PLE relation draws on the classical Arps decline curves but uses a different description of the nominal decline-rate parameter (D). The PLE method assumes the loss ratio (1/D) is approximated by a decaying power-law function with a constant behavior at early time.

Duong Method. This rate-decline approach was developed specifically for fractured shale-gas reservoirs. It assumes that the connected fracture density of the reservoir increases over time because of stress changes with pressure depletion in a linear-flow regime.

This article, written by Special Publications Editor Adam Wilson, contains highlights of paper SPE 167734, “Comparison of Empirical and Analytical Methods for Production Forecasting in Unconventional Reservoirs: Lessons From North America,” by Riteja Dutta, SPE, Marie Meyet, SPE, and Chris Burns, SPE, Baker Hughes, and Frederik Van Cauter, SPE, OMV, prepared for the 2014 SPE/EAGE European Unconventional Resources Conference and Exhibition, Vienna, Austria, 25–27 February. The paper has not been peer reviewed.
...
This article is reserved for SPE members and JPT subscribers.
If you would like to continue reading,
please Sign In, JOIN SPE or Subscribe to JPT

Comparison of Empirical and Analytical Methods for Production Forecasting