Bits and bottomhole assemblies (BHAs), until recently, have been designed and considered for vertical applications. That is changing. While inherent design changes and innovations made to BHAs and bits can be applied to both vertical and horizontal wellbores, the industry is targeting horizontal applications. According to Baker Hughes data, of the 1,861 rigs drilling in October 2014, 1,341, or roughly 72%, were horizontal. Ten years earlier, only 10% of the rigs were drilling horizontally. Drilling sideways presents different challenges than drilling vertically. Conventional drilling disciplines and techniques require additional attention and thought when applied to a horizontal wellbore.

In 1993, the US Department of Energy published a review of horizontal-well technology and its domestic application. The first recorded true horizontal oil well was completed in 1929 near Texon, Texas, by use of a flexible shaft covered by a patent applied for by a dentist. Another was drilled in 1944 in Venango County, Pennsylvania. China and Russia tried the technique, but practical applications did not occur until the early 1980s, with the advent of downhole drilling motors and measurement while drilling. The 1993 review mentions several companies developing “fire and forget” drilling systems wherein the hole design is loaded into a downhole computer and the well path is steered without human intervention until total depth is reached. While not there yet, we are moving in that direction with rotary-steerable systems.

Designing to the horizontal well path has its merits in every discipline of drilling. Moving fluids sideways, combating gravity, removing cuttings, and pushing or turning tubulars along a lateral must be considered.

Many BHA components have been designed to combat the increased friction associated with lying on the bottom of the lateral. Pulsating tools vibrate the string to break friction bonds while sliding. Rotary-steerable systems never sit statically and have revolutionized the wellbore trajectory. Mud motors have been designed with fixed and shorter bends.

So design considerations to optimize, construct, and stabilize a well path going sideways are inherent to current bit and BHA technologies. Many conventional formations—sandstones and limestones—are now being drilled horizontally. Maybe exposing the entire circumference of the scraping cutter will increase longevity. Selected this month are a paper on bit technology and two papers on the development of rotary-steerable technology. A low-cost rotary-steerable system and an innovative application with a casing liner are presented. 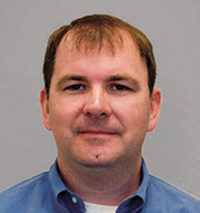 Casey McDonough, SPE, is a drilling manager for American Energy Partners. He has 10 years of practical drilling experience working in the Permian basin and with the Barnett, Marcellus, and Utica shales. McDonough has nearly 23 years of combined consulting, managerial, technical, and field experience in the oil and gas industry. He has worked as a consultant providing clients with pore-pressure and wellbore-stability studies. McDonough also held technical and managerial positions in downhole logging-while-drilling development for Dresser and Halliburton, where he contributed to density, neutron, vibration, and hot-hole technology. He began his career as a field engineer for Sperry Sun Drilling Services and holds a BS degree in industrial engineering from the University of Oklahoma. McDonough serves on the JPT Editorial Committee.