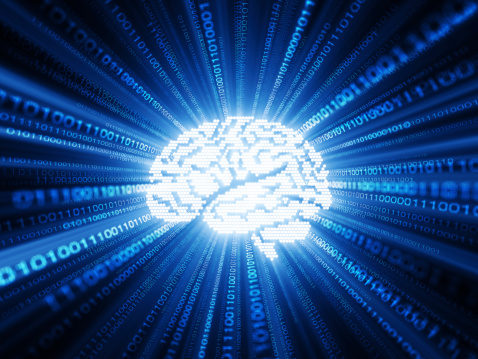 A session promising radical new ideas for “Innovation Beyond Limits” provoked questions about whether there is a limit to the degree that digital intelligence can supplant human decision making.

The panel in the first day of the SPE Annual Technical Conference and Exhibition began with presentations that predictably played up how analytics and big data will shape the future of the energy industry.

Machines were celebrated for their ability to create value from the exploding volume of data in this wired world by speakers who warned workers of the jolt of change to come.

“The next wave of big data and analytics will lead to the next wave, which is artificial intelligence, and that will lead to machine-to-machine learning,” said Alisa Choong, executive vice president of competitive and technical IT at Shell. “For every science we have, there will be an element of computing and algorithms in there. Data science will be like reading grammar, and coding like reading and writing a foreign language.”

Jobs titles will change and “people will need to be reskilled” for jobs such as coordinating and maintaining robots, she suggested.

Panelists described how machines are becoming increasingly able to “learn” and automate processes, which raised questions about what humans would be doing. “We want to maintain the experience of people by putting it into machines that can learn from it and make it better,” said Mahmoud Kassem, executive vice president, surface, at GE Oil and Gas.

The comment cards from the audience, many of whom identify themselves as previously working for a company in the oil industry, pushed back at those comments, prompting the moderator, Khaled Nouh, founder and managing partner of Eternal Consultants, to ask about the downside of a world in which machines talking to machines will play such a large role.

“My wife, who is an economist, said we will destroy the economy of the world because we will have machines doing everything,” said Nouh. He asked the panelists to discuss “what are the humans doing here?”

“In every industry revolution, you see more jobs created than job losses, but the jobs of the future many not exist today,” Choong said, adding that a new generation of workers who grew up with digital will have different expectations about the role of computers in the workforce.

“If we do not inject new technology, we will become an unattractive industry to work in,” Kassem said, adding that exploration and production “will always have the human factor.”

While analytics are required for decision makers to make use of masses of data—Choong calls it “augmented intelligence”—there will remain uncertainty and unknowns, which is something that humans are uniquely equipped to handle.

“Our industry has utilized big data since the beginning,” said Robert Dall’Omo, senior vice president of upstream R&D for Eni. The volume of data gathered and processed for seismic imaging has long made the industry a leader in supercomputing, “but in the end a human decides what is the best structure.”

Innovation is another area that humans can do, but computers cannot. At the current low oil prices, it is essential for E&P companies for survival. But in that line of work, a traditional degree in petroleum engineering is no guarantee of success.

“During the last growth spurt in the industry from 2010 to 2014, two-thirds of the people hired [in Halliburton R&D] were from companies outside oil and gas,” said Greg Powers, vice president of technology at Halliburton. “Our patenting went up nearly 400%. The people who say you cannot hire people unless they are from oil and gas, I would tell you they are completely wrong.”

And with the industry struggling to adapt to continued low oil prices, top people remain an essential commodity.

“The longer oil prices stay this low, the greater the challenge to sustain production, putting a priority on human capital investments to ensure people with new skills are there when needed,” said Waleed Al-Mulhim manager of Saudi Aramco’s EXPEC Advanced Research Center.

Welcome to the debut of the Digital Data Acquisition feature. The new feature comes from the desire of readers and reviewers to broaden the scope of JPT’s coverage of developments related to digital transformation and the applications that the industry can derive from these exciting possibilities.