Selling a New Way of Looking Into Rocks 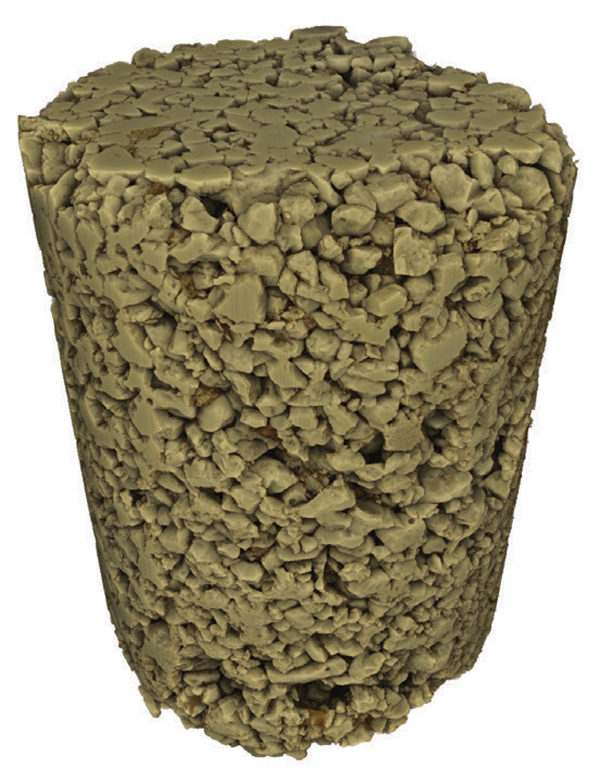 Image courtesy of FEI.
This sandstone sample was imaged using FEI’s HeliScan micro-CT system, to create an image highlighting materials in the rock.

FEI is a maker of high-powered microscopes whose growth plan in exploration and production includes building a service company. A significant part of the plan opened recently in Houston, a digital rock imaging center in the heart of the energy technology center on the city’s west side.

It is the third such center for FEI’s USD 30 million a year natural resources division, which covers oil and gas as well as other mineralogy and geoscience users. About half of those revenues come from rock testing, which is needed in an industry where many companies rely on third-party testing, said Don Kania, chief executive officer of FEI. The rest of its revenues come from sales of equipment and software, which benefit from what it learns working with customers. Its other digital rock testing centers are in Trondheim, Norway, and Canberra, Australia, which are the homes of two companies acquired to build the business.

The Houston operation has grown in a year from a seven-person sales office into a standalone building with 28 workers and room for more. The location down the street from a Saudi Aramco’s research center puts FEI in front of its largest potential group of customers. One of its challenges is the wide range of professionals whose needs it must understand and address.

“We need to get closer to the customer. That matters in this space,” Kania said, adding that it needs to connect with a wide range of industry experts to make inroads in the oil business.

FEI’s goal is to popularize rock imaging methods now used by early technology adopters. It sees the service as an essential step in building a deep understanding of reservoir analysis, and offer evidence of its ability to measure the properties of unconventional rock that traditional analysis cannot.

“It is a disruptive technology in a fairly conservative market. We are working with early adopters,” said Rudy Kellner, vice president of the industry group for FEI. The strategy is to use it to show details that otherwise cannot be observed and “let our results do the talking,” he said.

This makes FEI both a supplier and a competitor in advanced rock testing against companies such as Schlumberger and Weatherford.

Much of FEI’s business has been built on carbonate and shale formations. In the Middle East, where it manages laboratories for two national oil companies researching enhanced oil recovery, Kellner said a major question is: “The larger pores have produced. How can I get the smaller pores to produce?”

In the US, Kellner said a primary concern is “how to build smarter completions.” To help answer that ­question, the company is imaging rock samples gathered from producing reservoirs to look for evidence of changes that could reduce production, such as the buildup of fine particles from crushed proppant.

The service business is built on collaborations with pioneers in the field, including Statoil, the Australian National University, and the University of Oklahoma.

The template for this costly, long-term effort comes from other FEI units that have followed a similar path from academia to industry. FEI hopes to build an oil and gas industry segment that rivals its presence in electronics, which is has about 10 times the revenues of its natural resources unit.

The opening was used to introduce FEI’s new micro-CT scanner called the HeliScan. It is built to more precisely map features, which is needed to pick locations for imaging at smaller scales, and then scale up those observations to the reservoir level.

Selling a New Way of Looking Into Rocks

The types of advancements made in real-time drilling data acquisition and processing are now on the doorstep of the North American completions sector. Technology developers are banding together under the umbrella of “coopetition” in a bid to change the way producers fracture tight reservoirs.