The Gravity of Oil and Gas Exploration 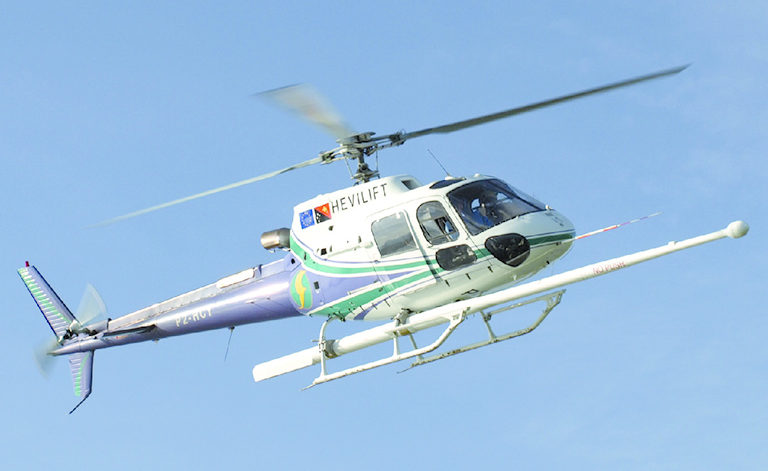 Photo courtesy of CGG.
The latest advancement in aerial gravity gradiometer technology allows it to be attached to a helicopter so it can be flown close to the ground to generate high-resolution subsurface imagery.

A Cold War technology invented to stealthily guide the United States Navy’s nuclear submarine fleet is now serving a much more peaceful purpose: aiding in the search for oil and gas deposits. Far removed from the ocean depths, gravity gradiometry has evolved to become an increasingly sophisticated aerial technology that has been used to rapidly analyze the subsurface of every continent in the world.

Since its introduction to the oil and gas industry in the 1990s, airborne gravity gradiometer (AGG) technology has become an increasingly popular greenfield exploration tool because of its ability to analyze wide areas onboard airplanes for a fraction of the cost of 2D and 3D seismic surveys. The Falcon system from geoscience firm CGG has been improved so it can be used with helicopters which provides higher resolution data by bringing the unit closer to the ground.

Late last year, CGG wrapped up a 28,000 km2 (10,810 sq mile) survey in an unexplored region of Papua New Guinea using its latest gravity gradiometer technology called Falcon AGG. The company, which acquired the technology from Fugro in 2012, said that the Falcon AGG delivers the highest resolution and lowest noise/data ratio of any such system in use today.

AGG works by measuring the differences in the gravitational pull of nearby geological formations. Denser rocks will have a higher pull than those that are less dense and aerial surveys give explorers the ability to interpret the density variations as they relate to hydrocarbons. “With that, it will help you understand the rock types, structures, and any other anomalous material, be it a sinkhole or oil,” said Chris van Galder, an AGG adviser at CGG.

The geologic structural information collected by AGG aids operators in the interpretation of the 2D target area and fills in other gaps. It can also be used to locate optimal shot points and receiver points for a 3D seismic survey.

Compared with 2D or 3D seismic surveys, van Galder said AGG surveys are an order of cheaper and faster magnitude and can optimize 2D or 3D survey operations by giving exploration companies a better idea of where to look for oil and gas. “If we can help them carve out areas where there is no need to [acquire] seismic data, not only have they gotten a better picture of the overall area, they have saved significant costs in their exploration budget,” he said.

Exploration companies deploy this technology to remote places such as Papua New Guinea, where the terrain is rough and covered by dense vegetation, because ground-based surveying technology would be “next to impossible to actually acquire any data,” said van Galder.

In the 1970s, the gravity gradiometer was once a secret technology developed for the Navy’s most sophisticated nuclear submarines as a silent alternative to sonar navigation. It became declassified and later commercialized, when the technology was unwittingly thrown into the public domain through its reference in the classic Cold War film, The Hunt for Red October.

Van Galder said the Falcon AGG differs from other AGG systems in that it was designed to greatly diminish the effect of turbulence, which has resulted in lower-level noise being introduced into the data. The new digital version is smaller than previous analog designs, allowing it to be used in a twin-engine helicopter. Most other AGG systems are adapted from the early submarine-based technology and because of their size can only be flown on a fixed-winged aircraft.

Dubbed HeliFalcon, it offers the advantage of being able to closely follow rugged terrain while maintaining quality signal acquisition, CGG said. The company has two HeliFalcon units and is expecting the delivery of a third later this year.

Van Galder said the propeller turbine airplanes that CGG uses for the larger analog systems operate at ranges between 80 m and 500 m compared with the helicopter-based units that fly between ranges of 35 m and 150 m. Also important is the helicopter’s ability to fly slower. “With the slower speeds, you get more data,” he said.

For each operation, CGG develops a flight plan that outlines the altitude and spacing needed to get the best results. The flight paths are gridded, meaning that the helicopter will fly in tightly spaced lines in one direction and then fly perpendicular to those lines with wider spaced lines that provide control points, which help level the survey data together. Once the helicopter touches down and the data is downloaded, the gravitational numbers are interpreted.

CGG said much of its focus for the future development of this technology is on improving the resolution and the interpretation software. In addition to oil and gas, AGG technology is used to find minerals, diamonds, and fault structures.

The Gravity of Oil and Gas Exploration

A significant discovery of oil off Suriname increases the odds that major oilfields off Guyana will extend across that international boundary.