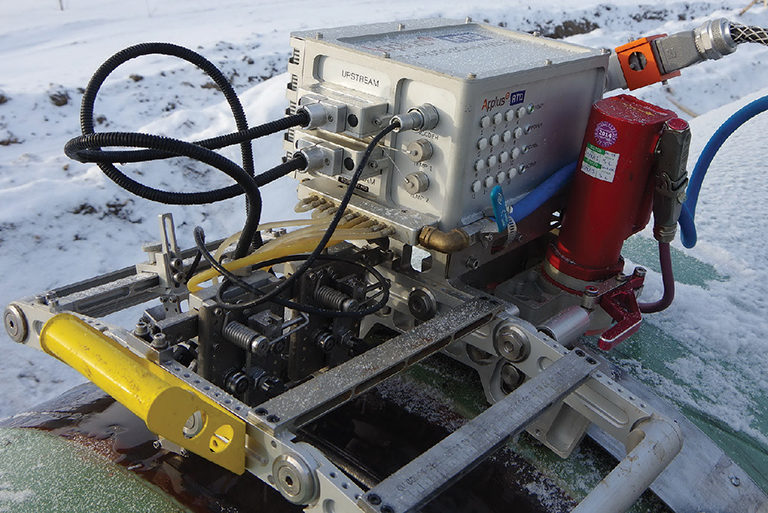 Fig. 1—Field trials were conducted on pipelines with the RTD IWEX system.

The global oil and gas industry’s vast infrastructure includes many pipelines that were manufactured decades ago, and the intensive quality control processes in place have generally ensured that they have stood the test of time. As the technologies adopted by the industry to optimize drilling campaigns have evolved, the equipment used in the pipeline testing process has improved as well.

Nondestructive testing (NDT) is used across the industry to inspect pipelines for defects that are impossible to discover with the human eye. NDT covers a wide range of methods, such as radiography and ultrasonic testing, by which pipelines can be inspected without altering their physical properties. This allows for highly productive testing, saving time and money as well as providing valuable evaluation, troubleshooting, and research.

Ultrasonic testing makes use of sound energy to examine specific components of a pipeline, such as girth welds, thus allowing for flaw detection and sizing. The testing process is principally used to examine welds in pipelines before they are accepted for use and is vital in ensuring that the pipelines can withstand the kinds of pressures they will be subjected to in an industrial setting. Any defects in the weld could have devastating consequences for safety and the environment.

Ultrasonic inspection using the pulse echo (PE) technique or time of flight diffraction (ToFD) is widely used throughout the industry to assess weld integrity. However, quantitative defect characterization with PE remains challenging because the signal caused by the reflection at a point of defect is highly dependent on the defect’s orientation in relation to the ultrasonic beam. ToFD has sizing capabilities, when diffraction signals are present, but is limited in its ability to characterize flaws.

In phased-array inspection, the image obtained from sectorial scans cannot be directly related to the defect’s size and orientation. Data display and interpretation are not straightforward and require operator skills and experience. Ultrasonic inspection would be better and more reliable if a method would allow direct imaging of defects.

A recent significant advance in the field of NDT developed by Applus RTD is a 3D ultrasonic technology that uses inverse wave field extrapolation (IWEX) to enable detailed inspection and mapping of defects within critical pieces of pipework. The technology extrapolates wave field recordings back into space toward all points in the area under investigation.

If at one of those points a scatterer (e.g., a defect) is present, the backward-extrapolated wave field has high amplitude, and the resulting image will show increased intensity at that location.

If this is done for all points in the image, the location and shape of the scatterer can be determined.

The result of this emerging technology, called the RTD IWEX system, is an actual image of the inspected volume, rather than a plot of the collected signals. The main advantage of this technique is a comprehensive visual representation of the defect, which can be used for accurate characterization of size, position, and orientation. The technology has the potential to achieve large cost savings for operators by reducing the number of welds rejected in new pipelines under construction onshore and offshore.

The technology enables girth weld inspection using the latest and improved imaging algorithms for a range of temperatures between -40°C to +60°C. Using advanced four-generation hardware, 256 ultrasonic channels can be activated, benefiting from parallel onboard processing of the collected signals, called A-scans, into IWEX images.

To evaluate system performance, Applus RTD performed field trials (Fig. 1 above) and obtained test welds from various companies. Specialists from Europe, the United States, and Canada carried out the trials. Before macrosectioning, these welds were inspected with the RTD IWEX and the RTD Rotoscan systems, enabling a reliable comparison between the two. The IWEX results were evaluated in 2D and 3D and compared with the automated ultrasonic testing results and macrophotographs of selected defects. A typical screenshot of a defect in 3D using the IWEX software is shown in Fig. 2.

Key feedback was generated from the trials of the RTD IWEX method and system. This resulted in an improvement of the signal-to-noise ratio, which was increased in a variety of ways. The scan speed was improved, and multiple software functions were implemented to optimize inspection accuracy and the evaluation of results.

A further development was the confirmation of the system’s ability to inspect seam welds. Using the same system components and software as those for the girth weld inspection, a separate trial on seam welds was conducted.

While a number of trials with the system are still under evaluation, the feedback has already shown the concept to be well on the way to commercialization. The next challenge is to conduct field tests for establishing the possibility of high production rates.

Most ultrasonic testing equipment is now semi- or fully automated and produces an electronic record of the inspection, leading to a significant improvement of the probability of detection. Electronic records can ensure code compliance, facilitate detailed audits, improve inspection integrity, and increase customer confidence in the inspection method. Despite these advances, the interpretation of the results remains challenging and time-consuming because of the complexity of the recordings and the required operator skills.

However, the RTD IWEX technology provides a straightforward display of the inspected area, as it is based on imaging algorithms, and enables data visualization in 2D and 3D. In comparison with other technologies, this will reduce human interpretive error and allow for automated data analysis. Because the automated evaluation is more accurate, the technology can reduce short-term repair costs and achieve long-term savings on weld design.

There is a large potential for the RTD IWEX technology to cover a number of applications including but not limited to piping, pressure vessels, power plants, storage tanks, and track rails.

Early detection of defects is critical if the threat of a structural burst or a break in a pipeline is to be minimized. By giving a clear insight into the scale and nature of defects at an early stage, the technology can reduce pipeline system risks and repair costs.