Statoil Gets a Jump on Offshore Costs 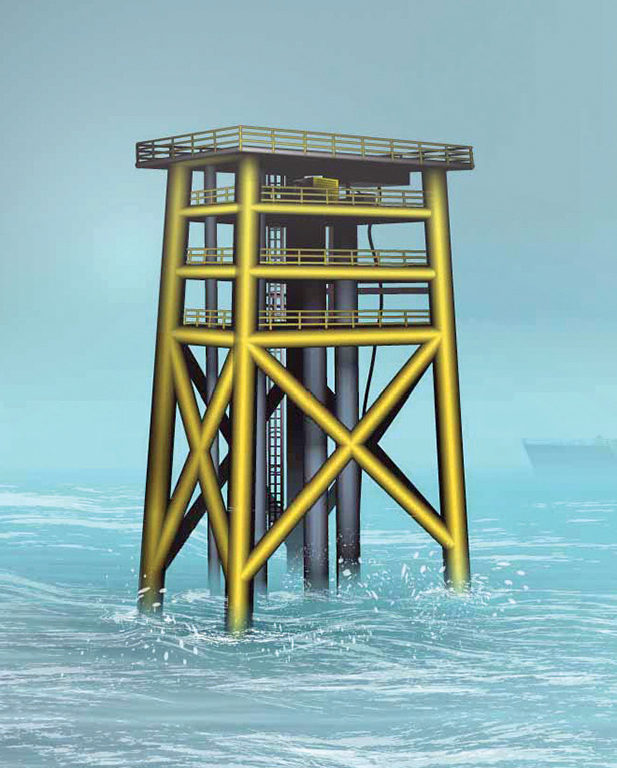 Photo courtesy of Statoil.
By sticking with a bare-bones design for this unmanned oil and gas production platform, Statoil was able to reduce the price enough to go forward with a project to add production from three fields near its Oseberg platform.

One of the latest offshore innovations from Statoil is nothing flashy, which is the point. A drawing shows a plain, steel jacket, standing in water 110 m deep, topped with a flat metal deck.

The spare design is indicative of the disciplined approach to offshore development that led to a 52% decrease in the estimated break-even cost for its Oseberg Vestflanken 2 project, of which the platform is a key part. The lower break-even made it possible to move forward with development of three small oil and gas fields at a time when depressed prices are forcing mass cancellations of offshore projects globally.

Cost-cutting programs have become the rule since oil prices plunged. Statoil’s is different, though, because it began a year before the plunge. Even before the oil price crash, the company’s leaders were concerned that rapidly rising costs were eroding profit margins.

“It is much easier to get a sense of urgency now,” said Margareth Øvrum, executive vice president of technology, projects, and drilling for Statoil. Back then, she said it was harder to convince people that the company needed to act to maintain margins because “when we started, (oil prices) were USD 110.”

Since 2013, the Norwegian national oil company reports that it has slashed the average break-even price of its future offshore developments, which have yet to be sanctioned, from USD 70 bbl in 2013 to USD 41 bbl.

While budgets for offshore projects have often been a poor indicator of the actual cost of executing projects industrywide, where large cost overruns were common, a Statoil presentation showed that its construction work over the past 5 years has regularly come in near the budgeted amount.

The unmanned oil and gas production platform combines advanced control technology—production will be remotely monitored and controlled from the nearby Oseberg field center—and the usual flow control hardware: a Christmas tree, manifold, and valves.

Statoil chose to build a wellhead platform with 10 well slots to avoid the cost of subsea development, which had been rising rapidly before the crash. Also the dry trees will make it easier and cheaper to do the maintenance required to maximize the output from the fields.

The facilities do not even include a toilet for those visiting the platform. That addition was proposed and rejected because that seemingly small added expense would require a series of other design additions from managing the sewage to a gas detector, Øvrum said.

“We were very strict on what was proposed,” she said. The goal was “no added functionalities.”

Maintenance crew members in need of a toilet, or a lifeboat, can walk over the service boats, equipped with a “walk to work” gangway. The system developed for the offshore wind business uses heave compensation to limit the effect of the waves on the walkway. It is a small example of a large change in approach required to continue developing projects offshore in a much lower-cost environment. Since the Oseberg tie-back project was sanctioned last year, oil prices slipped from around USD 50/bbl to around USD 30/bbl.

Many money-saving ideas are required, from tying in a subsea line into an operating pipeline, rather than building a new one, to organizing the efforts of engineering companies in a way that eliminates duplicative planning work.

For Øvrum, continued cost reductions should allow Statoil to continue to go forward with offshore projects coming up for sanctioning in the coming years.

Cost cutting is also required for her to pursue a long-term goal of creating subsea factories that move critical processing functions from platforms to the seabed in deep water. Last year, Statoil demonstrated the first subsea gas compression system. It was a technical success, but there is work to be done before it can be a widely used tool.

“We need to make it cheaper, leaner, and lighter for it to be more broadly implemented,” she said. The system includes 22 modules, and she said they are looking for ways to simplify it by eliminating unnecessary redundancy.

While lower service and material costs are part of the saving—a Statoil presentation showed contract savings of 20% to 30%, but those are likely to go away when the market recovers—simpler more efficient designs can have a long-lasting effect as can operational improvements. Statoil reports a 50% rise in the meters of hole drilled per day, and around 20% drop in the cost of subsea planning and execution.

Still the price of oil is lower than the average Statoil break-even cost for future projects, so the company is working to further reduce costs. Engineers are often blamed for adding costs or burdening projects with complex, non-standard designs, but Øvrum said the company’s engineers are playing a key role in reducing expenses.

“If you involve them in the commercial discussions, then a lot of work by engineering nerds can be really commercial these days,” she said.

Statoil Gets a Jump on Offshore Costs