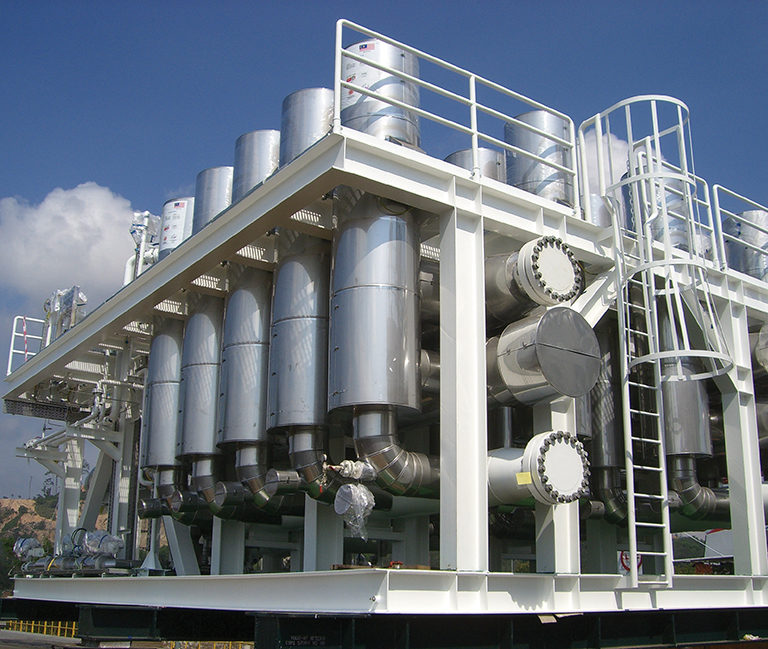 Courtesy of Cameron
A membrane-based system built by Cameron is used to remove carbon dioxide and hydrogen sulfide during natural gas processing.

Demand for a better way to remove carbon dioxide (CO2) from natural gas led to the creation of a new material at Rice University in Houston that does something unprecedented on the molecular scale, and might even change gas processing.

For professor James Tour, the fundamental science behind this porous carbon material created in his laboratory “is really profound.” The black powdery material developed by a Rice graduate student, Chih-Chau Hwang, absorbs nearly its weight of carbon dioxide by creating long polymer chains of carbon dioxide at a pressure level that is elevated, but easily attained, in a gas processing facility.

For Tour, it is an exciting development because the carbon dioxide polymer structure, which was observed using spectroscopy, is something that he said has never been seen in nature, and only rarely in labs at extreme pressures. But the pioneering chemist recognizes that for those developing new oilfield technologies, what matters is what it can do, not how it might do so.

Rice’s patents have been licensed by Apache Corp., which supported research seeking a new material for gas separation for the past 2½ years. On the plus side, it appears to be energy-efficient, can hold a large volume relative to its weight, and is highly selective at grabbing carbon dioxide without also removing some natural gas as well.