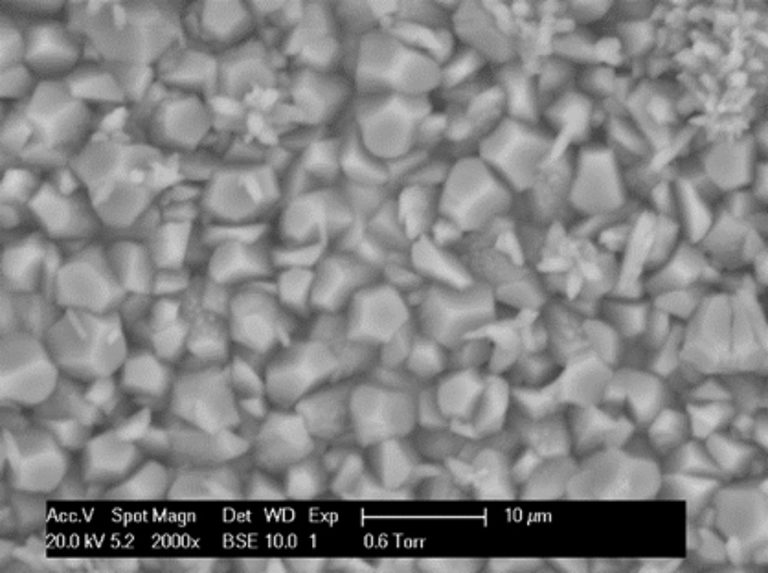 Mixed carbonate-/sulfide-scale problems have been reported when water is produced from carbonate reservoirs. This study presents interactions of lead sulfide and zinc sulfide coprecipitating with calcite. The relationship between bulk precipitation and deposition on a metal surface of the mixed carbonate/sulfide scales was examined when the mixed scales began to nucleate, agglomerate, and grow. The nature of these mixed crystals may indicate that mixed sulfide scales tend to prefer forming in solution rather than adhering to metal surfaces in protected zones. Thus, the mixed sulfide scale may be controlled in one zone but be unprotected in other regions.

Carbonate reservoirs contain approximately 60% of the world’s remaining oil and gas reserves. Scale precipitation during oil and gas production is costly. Conventional scales, such as sulfate and carbonate, are well-known and have been researched and reported extensively. Sulfide scales are less studied, and their effect on conventional scales (formation and inhibition) is relatively unknown.

The effects of carbonate/sulfide coprecipitation in bulk solution and on metal surfaces are presented. Sulfide was coprecipitated with barium sulfate (BaSO4), and the effects on formation and inhibition of the BaSO4 crystals were monitored. The relationship between bulk precipitation and surface deposition of the mixed carbonate/sulfide scales was examined also. Both carbonate- and sulfide-scale problems have been reported when water is produced from carbonate reservoirs, and the use of scale inhibitors to control this problem is relatively common.

This article, written by Dennis Denney, contains highlights of paper SPE 168182, “Sulfide Scale Coprecipitation With Calcium Carbonate,” by C. Okocha and K.S. Sorbie, SPE, Heriot-Watt University, prepared for the 2014 SPE International Symposium and Exhibition on Formation Damage Control, Lafayette, Louisiana, 26–28 February. The paper has not been peer reviewed.
...
This article is reserved for SPE members and JPT subscribers.
If you would like to continue reading,
please Sign In, JOIN SPE or Subscribe to JPT