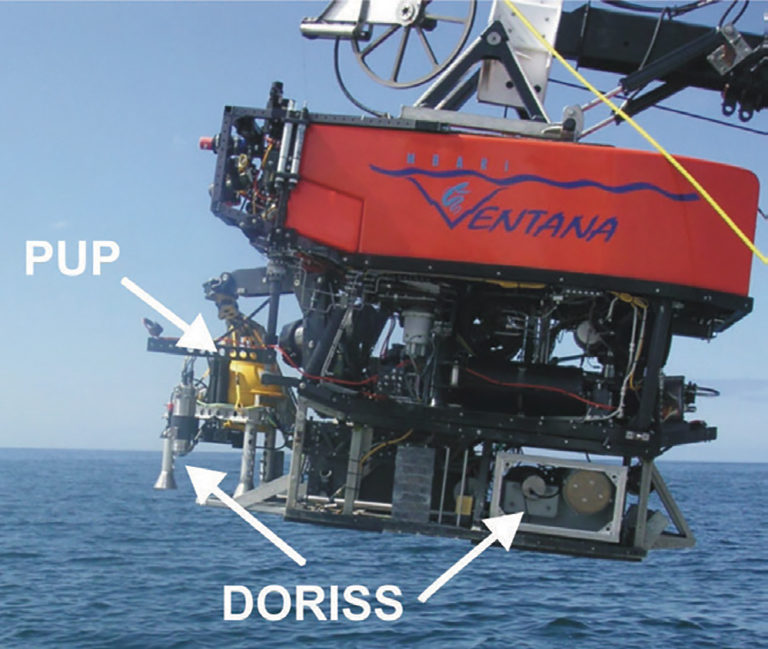 The deep-ocean Raman in-situ-spectrometer (DORISS) instruments were developed for the purposes of identifying compounds and studying in-situ chemical reactions in a nondestructive manner while working with solids, liquids, and gases. The approaches used in the development of three generations of instruments have been successful and have shown that not only is Raman spectroscopy feasible in the deep ocean, but also its results are entirely comparable with spectra taken in terrestrial applications. DORISS has also shown that in-situ measurements are more accurate than returning many samples from the deep sea.

The approach taken began with modification of a standard bench-top laboratory unit for use at sea to demonstrate feasibility. The second generation then solved several impediments to improved performance in the deep sea and contributed to the development of additional tools to enhance capabilities. The third generation is now past the design process and in assembly for bench-top testing to bring the fluorescence signal (noise) down to achieve a 19-fold increase in sensitivity. This allows the use of Raman on compounds that have high-order organic compounds such as some oils and makes the detection of carbon dioxide (CO2) much easier. The high-power approach in this system will enable faster operations for subsea mining.

The first instrument, DORISS I, was quite successful and performed experiments looking at hydrates as well as higher-order compounds, gas vents, phase boundaries, and the ice-cage structures entrapping methane as well as other gases. DORISS I was able to determine thermogenic vs. biogenic methane, for example. DORISS II increased sensitivity and performance by reducing the pressure effects on the optical system. Precision pointing devices were incorporated to look below the surface of some compounds as well as vertical and horizontal scanning of in-situ chemical processes. The next generation DORISS, currently in development, promises to give gains in sensitivity as well as the ability to obtain Raman signatures from volatile compounds that would normally remain unclassified because of fluorescence.

The application of Raman has revolutionized the medical industry and promises to do the same for oil and gas as well as subsea mining. With the trends in land-based Raman spectrometers toward lower costs, it can be argued that these techniques enable industry to manage ocean resources more wisely.

This article, written by Special Publications Editor Adam Wilson, contains highlights of paper OTC 26505, “Deep-Sea Laser Raman—Past, Present, and Future Developments for In-Situ Chemical Analysis and Applications,” by William J. Kirkwood, Monterey Bay Aquarium Research Institute, prepared for the 2016 Offshore Technology Conference Asia, Kuala Lumpur, 22–25 March. The paper has not been peer reviewed. Copyright 2016 Offshore Technology Conference. Reproduced by permission.
...
This article is reserved for SPE members and JPT subscribers.
If you would like to continue reading,
please Sign In, JOIN SPE or Subscribe to JPT