The Case for Hydraulic Fracturing 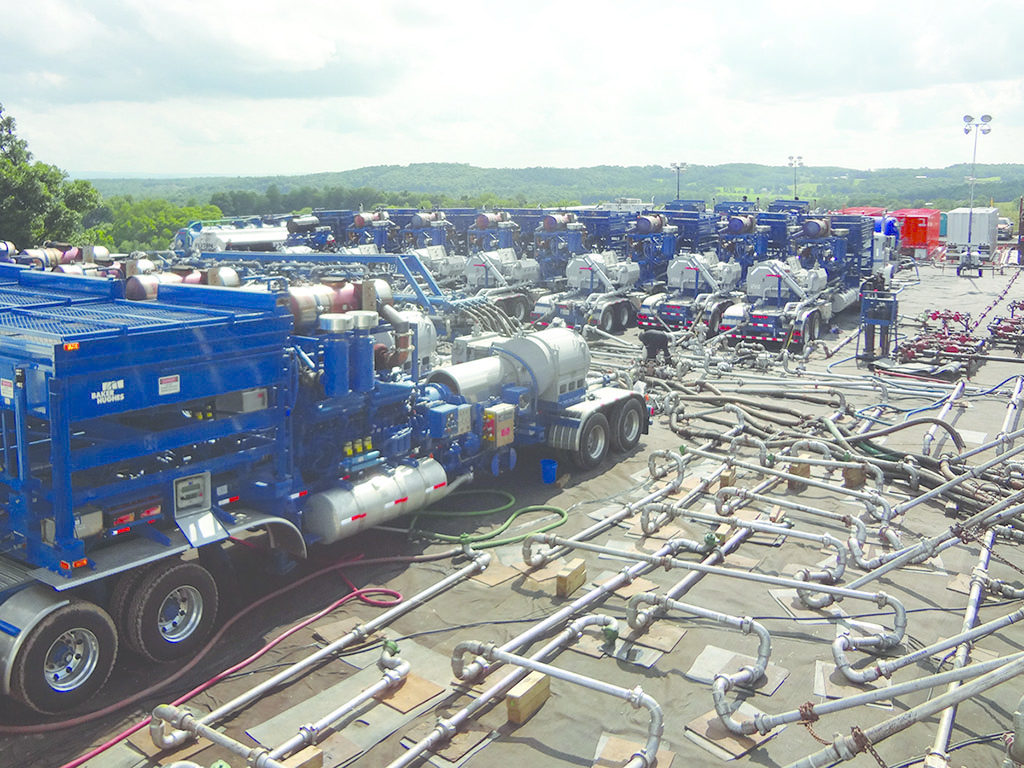 There are two great truths tied to hydraulic fracturing.

1. It has helped improve people’s lives by enabling the oil and gas industry to tap reserves that otherwise could not have been recovered.

2. It has unleashed dramatic public opposition.

I am disappointed to see public opposition to hydraulic fracturing, because I think, for the biggest part, it is unfounded. Hydraulic fracturing has become “fracking” in the common parlance. To too many people, “fracking” symbolizes all that is wrong with oil and gas companies and modern technology. It is certainly associated with all aspects of unconventional resource development, which depends on both horizontal drilling and hydraulic fracturing to be successful.

It would be inaccurate to deny that there can be problems. But, an objective look reveals that its benefits far outweigh its potential risks. It is a safe, reliable technology that has proven highly beneficial to society and it is being improved continuously by operators and service companies. Many studies done by the US Environmental Protection Agency (2015) and others have found very small risks from the practice. Let us take a closer look.

Since the late 1940s, hydraulic fracturing technology has been used in more than 1 million US wells to safely produce oil and gas reserves that otherwise could not be recovered. While the principles of the process have not changed in decades, modern hydraulic fracturing relies on vastly improved technology and processes to ensure its continued contribution to a safe, environmentally responsible energy future.

Critics of the process have claimed multiple problems with hydraulic fracturing, including:

The idea seems simple enough. Pumping large volumes of fluid underground at high pressures might cause earthquakes. We all remember the 1978 movie, Superman, in which the villain, Lex Luthor, tried to cause a giant earthquake in just this way. Massive hydraulic fracturing can cause microseismic events. Although these events could essentially be called earthquakes, they are 1,000 to 1 million times too small to be felt at the surface.

Unfortunately, the “facts” supporting most of the complaints about hydraulic fracturing have about the same level of scientific supporting evidence as the movie.

However, in Oklahoma there has been a significant increase in the number of earthquakes of magnitude 3.0 and above, approximately during the time of increased hydraulic fracturing activity. What has caused this measurable increase in earthquakes?

A careful study by Walsh and Zoback (2015) of increased earthquake activity in Oklahoma clearly identified the source of the problem: the injection of massive volumes of water into basement rock. The study revealed that almost all of the water volumes are related to saltwater disposal and enhanced oil recovery volumes unrelated to hydraulic fracturing.

No studies have identified significant groundwater pollution from the process of hydraulic fracturing; however, there may be some potential risks to groundwater, primarily in older wells, as a result of behind-pipe leakage. Of the few areas where such pollution has occurred, almost all cases are older wells with poor cement jobs or leaks in casing.

The industry needs to expand monitoring efforts for unconventional wells, making sure that proper cement jobs are always achieved and that well integrity is maintained. Horizontal well completions have become sufficiently routine that the technology to limit and detect potential leaks is widely available. Distributed acoustic sensing using fiber-optic cable is a relatively new technology that can monitor even the tiniest leaks, well below levels that could pose a danger to the environment.

The disclosure of chemicals used in hydraulic fracturing has increased significantly. Water and sand are, of course, the largest components of a hydraulic fracturing treatment—99.55% of a typical Fayetteville Shale stimulation (Arthur et al. 2008). Oil and gas operators and service companies continue to use some chemicals to eliminate bacterial growth, add viscosity, minimize corrosion, lower friction, etc. Anyone who is interested can go to www.FracFocus.org to identify the chemicals used in any specific well. Industry must continue to operate in a transparent and responsible manner.

Another argument made by those opposed to hydraulic fracturing is that fracturing dozens of stages in hundreds of wells is a large-scale industrial process with related infrastructure that may impact the lives of people living near areas where it is occurring. Large truck traffic can impact the integrity of roads, disrupt local traffic, and add to noise and air pollution. However, industry can reduce or mitigate this impact. For example, pad drilling—the practice of drilling multiple wellbores from a single surface location—requires fewer trucks, leaves a much smaller surface footprint, and alleviates a significant amount of infrastructure-related impact.

Many trucks that previously burned diesel fuel are being converted to use natural gas. These conversions not only lower fuel costs, but also decrease pollution.

While the demand for water for hydraulic fracturing is small compared to that for agricultural use, it is important to minimize unnecessary use of fresh water when there is a significant demand for that resource.

Standard practices to reduce or eliminate the use of fresh water now involve recycling of unconventional wastewater in shale plays where disposal options are limited and sourcing fresh water is difficult or expensive. Recycling not only provides an answer to the disposal question, but also helps reduce an operator’s fresh water sourcing requirements.

Using recycled water (both recycled flowback and produced water) as either all or part of a fracturing treatment reduces fresh water needs. By centralizing recycling treatment and storage facilities, industry can deliver water to multiple wells or locations efficiently. Operators in many plays not only recycle water, but also use brackish (salty) water in lieu of fresh water.

Reducing the Number of Wells Required To Develop the Resource

The performance of unconventional wells is highly variable. There are some who believe that large statistical variations in the production rates and recoveries from unconventional wells are inevitable and unavoidable. This belief sometimes leads to a commitment to “factory drilling,” in which hundreds of nearly identically designed wells are drilled with a focus on reducing well costs. Pad drilling plays an important role in this development, because it reduces surface costs and enables reductions in drilling, evaluation, completion, stimulation, and production costs. However, production and cost histories have shown that even in some commercially attractive unconventional plays, 25% to 40% of all wells drilled did not achieve acceptable economic returns.

A preferred approach is a more strategic and analytical one that incorporates surface seismic, advanced petrophysics and geomechanics, and reservoir engineering data into an integrated model enabling operators to identify the most productive areas and eliminate the drilling of sub-economic wells. This holistic, data-driven approach helps operators screen and select the best areas, and drill fewer wells, but ones that have the greatest potential and the least risk. It also dramatically lowers environmental impact while improving economics.

As the world looks forward to a distant but desirable future with safe, renewable energy, the fact remains that today’s energy demands can only be met with fossil fuels. This reliance is almost certain to continue for many decades to come, requiring significant increases in fossil fuel production. Oil remains the largest primary energy source, with coal in second place, and natural gas in third—but gaining momentum.

The abundance of reserves unlocked through hydraulic fracturing has contributed to drops in both crude oil and gasoline prices (Fig. 1 Source: www.eia.gov/petroleum/gasdiesel (accessed 30 December 2015).), saving consumers more than USD 2 billion a week according to The Washington Post (Bump 2015).

We know a great deal about hydraulic fracturing and continue research activity to make it even safer, cleaner, and more cost-effective. The resulting dramatic increase in safe, affordable energy improves—and will continue to improve—people’s lives.

2015. Assessment of the Potential Impacts of Hydraulic Fracturing for Oil and Gas on Drinking Water Resources. US Environmental Protection Agency. (accessed 30 December 2015).

The Case for Hydraulic Fracturing