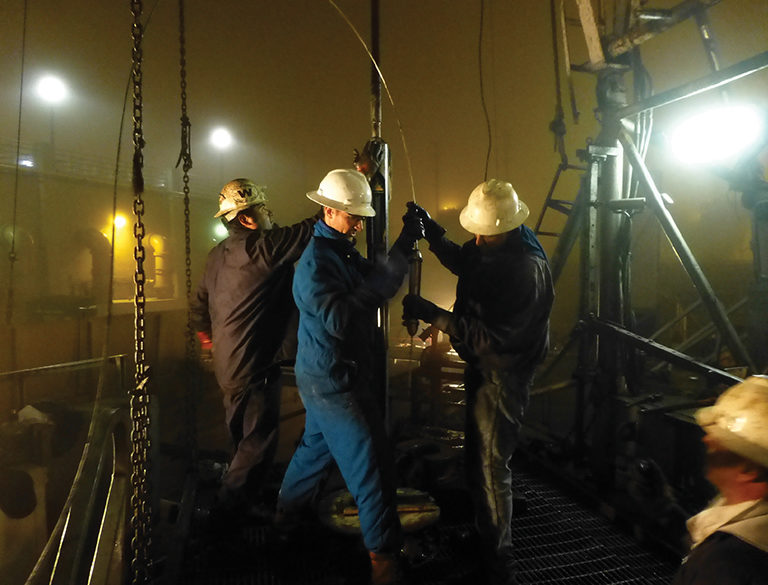 Photo courtesy of Paulsson Inc.
Workers deploying a fiber optic sensor array in Long Beach, California for a test of the system invented by Bjorn Paulsson, an expert in downhole seismic.

After nearly 4 decades of work, Björn Paulsson has created a system using fiber optic seismic receivers so sensitive that he said it will be able to create much more accurate, detailed seismic images with features too small to be seen now, detect the sounds of fracturing never heard before, and stand up to temperatures exceeding 300°C and pressures of more than 30,000 psi.

But he needs USD 12 million from companies interested in using it in their wells, which is nearly equal to the financial backing he has received from the United States Department of Energy (DOE) to get to this stage.

Paulsson and the DOE’s Research Partnership to Secure Energy for America (RPSEA) were organizing a meeting in late May seeking the support of oil companies to develop a full-scale version of the system he describes as “more than an order of magnitude better than what we can do now. This is not a small step up, it is a huge step.”

The plan is to build a system that can place 200 fiber optic seismic sensors, each of which has three channels (3C) allowing it to detect the direction of incoming signals along three axes, deep in a 30,000-ft deep well. There would be a receiver every 50 ft covered by a metal housing capable of standing up to the extreme pressures found in wells in the ultradeepwater US Gulf of Mexico, and clamped tightly onto a drilling pipe that can deliver it to the end of a long horizontal well.

Winning industry support will require convincing experts in geophysical exploration that it is possible to get a lot more out of seismic imaging, and microseismic monitoring, using high-capacity, high-fidelity receivers located deep in a well.