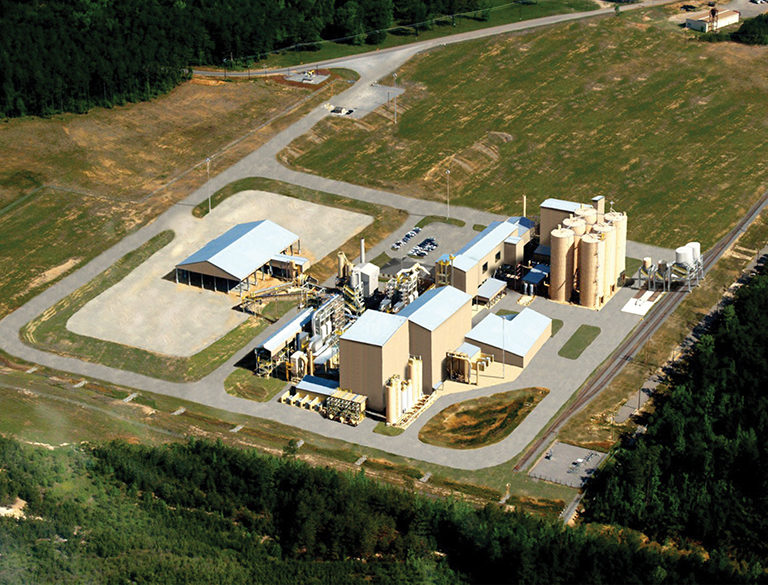 An aerial view of Saint-Gobain Proppant’s new plant in Little Rock, Arkansas, which will produce its new ultrastrong proppant and other lines.

Carbo Ceramics and Saint-Gobain Proppants are headed for a battle for crush test supremacy. At the recent 2013 SPE Annual Technical Conference and Exhibition (ATCE), the two large proppant makers rolled out a new class of ultraheavy proppant built to stand up to the extreme stresses found on the frontiers of deepwater exploration.

By next year, both companies plan to be mass producing ceramic grains that they said will be the strongest in the market, able to withstand stresses of 20,000 psi or more. The new materials and manufacturing methods used to raise the crush test limit from around 15,000 psi will influence how they produce higher performing proppant for use in lower stress environments.

“On the process side, this will allow us to change everything we do,” said Gary Kolstad, chief executive officer and president of Carbo.

Called Kryptosphere, Carbo’s new product is strikingly uniform in size and shape, with each grain looking like a tiny pingpong ball. The material and the look are a break from sintered bauxite, which has long been used in the most extreme conditions.

At its ATCE booth, Saint-Gobain Proppants played up its new high-performance product, named Titan, which it said could stand up to pressures as high as 30,000 psi.